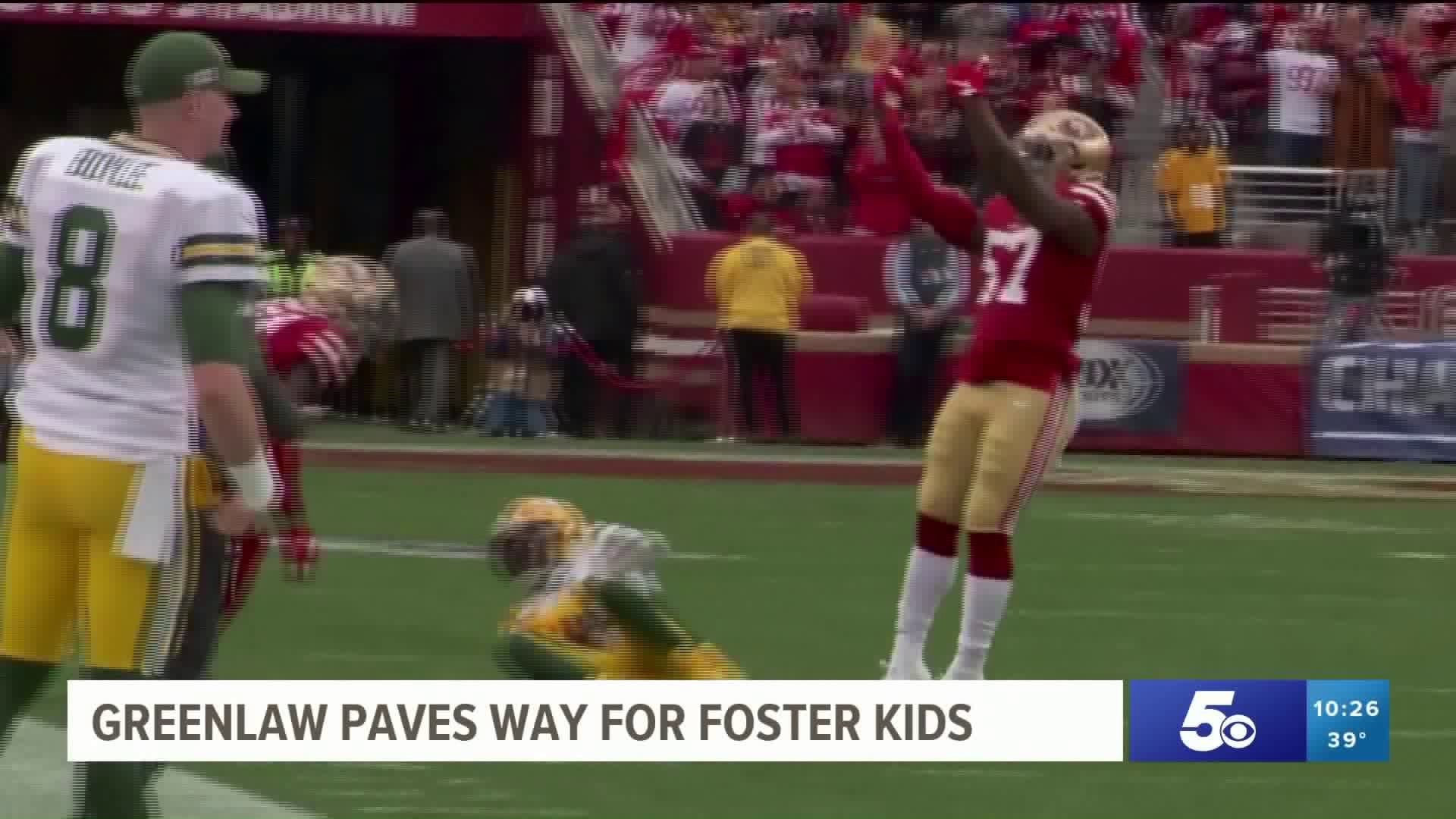 FAYETTEVILLE, Ark. (KFSM) - As the world's biggest sporting event is just days away, millions of fans are ready to watch either the 49ers or Chiefs be crowned Super Bowl LIV champions.

At the same time, literally thousands of foster kids in the state of Arkansas will have a chance to look up and see someone who knows exactly what they are going through. But on Sunday, Dre Greenlaw will show them that only the sky is the limit for their future.

"Being bounced around from foster home to foster home and moving from town to town, you know I think he’s used that as a driving force," Greenlaw's high school football coach Daryl Patton said.

As a kid, Greenlaw bounced from foster home to foster home. Brian and Nanci Early finally gave him the stability he was waiting for as he joined their family at the age of 14. The bond of sports helped make that happen. Brian was an assistant football coach at Fayetteville high school at the time and that started Dre on the path to reach the biggest football game in the world.

"It gave him a place to belong to," Fayetteville track and assistant football coach Drew Yoakum said.  "It was important to him to be here and I think he learned self worth and then he had a community of friends that was around him and cared about him."

Even when Greenlaw was taking over on Friday nights for Fayetteville high school, the college offers just weren't coming in. But the call he'd been waiting for finally came after a three interception performance on the road at Southside. The chance to play for his hometown Razorbacks finally came.

"He’s always over achieved in a lot of people’s eyes," Patton said. "And he’s going to the NFL and a lot of people think he’d make it as a fifth round draft pick and all he’s done is prove people wrong."

Despite everything he's already accomplished in his rookie season in the NFL with the 49ers, it would be easy to be angry for Greenlaw. Essentially he was passed up on as a child but that could not be farther from the truth.

"That’s one of his passions, to make sure kids understand there’s always a chance, an opportunity just to make the most of it," Yoakum said.

"What I got to see behind the scenes, when he would come off before the games, after the games, at other events, he was a kid magnet," Fayetteville athletics director Steve Janski said. "Of all ages. Elementary kids, his own peers, adults and the way he treated everybody was just special."

Sunday night in Miami is going to be a far different experience for Greenlaw than it was playing at the old Harmon Field at Fayetteville High. Or even running through the 'A' inside Razorback Stadium. Sure he's got a chance to win a Super Bowl trophy but he has already made the city of Fayetteville proud to call him one of their own.

"You watch him get to participate on the biggest stage in sports, the Super Bowl," Janski said. "We couldn’t be more excited and proud for Dre and his family."