Greenland Welcomes Bullseye During 3A Run

The Greenland Lady Pirates look to continue to build to the program’s dynasty with another state title within their reach. 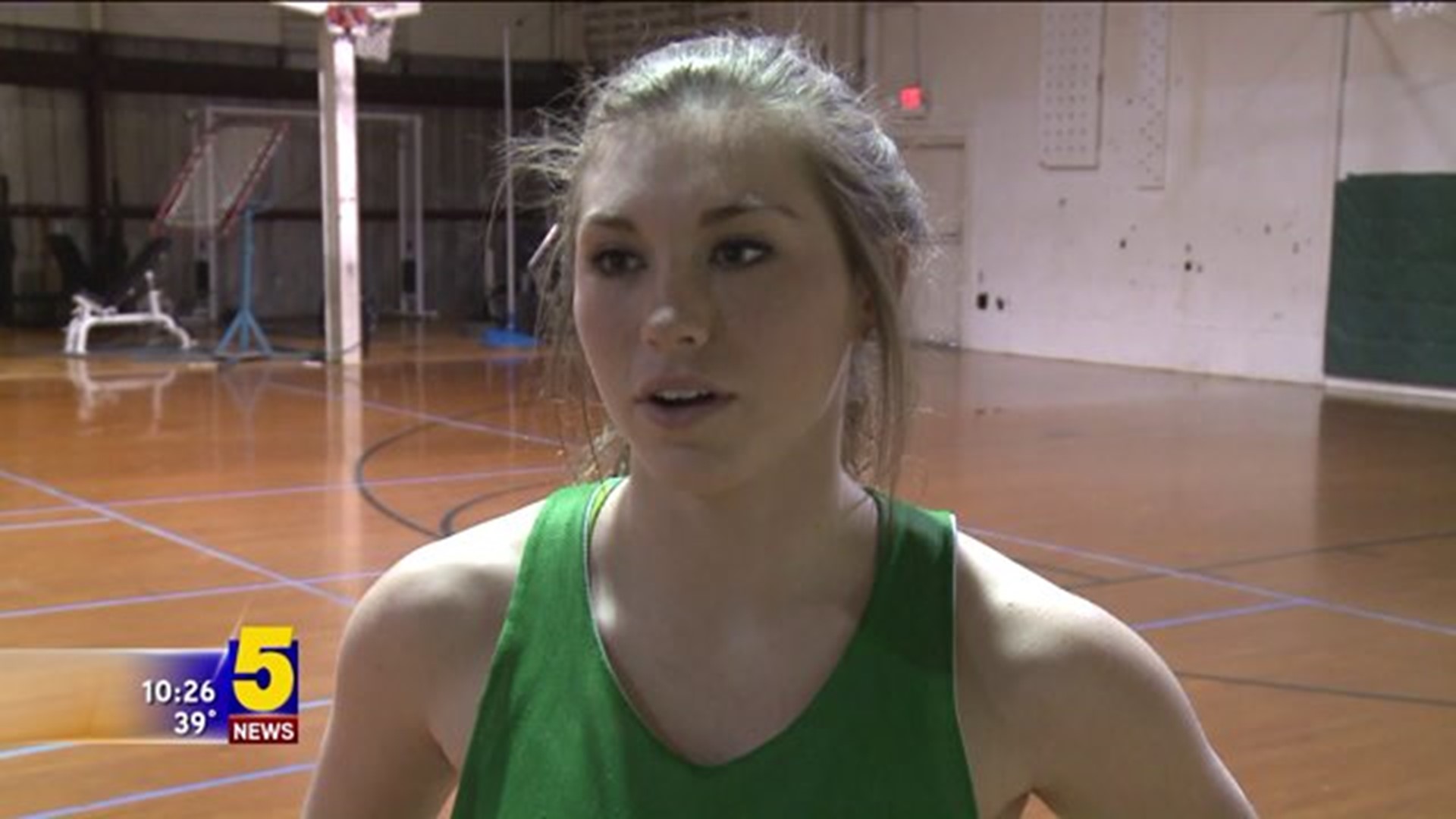 GREENLAND (KFSM) - A dynasty is what coach Alan Barton has continued to build for the Greenland Lady Pirates.

"I heard this about a month ago on ESPN radio talking about the Patriots, and the Cowboys and the dynasties they have," Barton said. "Why not own up to the target on your chest."

His girls have brought home a title three out of the last four years.

"You know we're going to have targets on our back," senior forward Kimberly Crown said. "We always have ever since 9th grade. You know, playing against people I know, that I'm friends with, that's a target right there. But we love it. We welcome it."

The defending state champions know everyone is gunning to take them down. But, they don't let that bother them. They did not lose a conference game this season, and have the confidence they can bring home another title. But, next week’s state tournament is not on their minds just yet.

"Well we take it one game at a time," senior guard Sarah Wright said. "Every game is the next game on the schedule. We try not to make it bigger than it's supposed to be."

Even though they secured a spot in the state tournament Wednesday, it's all about making their way through the regional tournament first.

"Making sure your team has that closed fist. You know, once you get that closed fist, you know teams are unstoppable. We got it right now. So, hopefully you know that finishes us throughout regionals, and we can take the fist with us to state," Crown said.

They'll play in the second sound of the 3A-1 regional Friday against Paris at 4 p.m. in Lavaca. The 3A state tournament begins on Tuesday.