Former Razorback and NFL Quarterback Joe Ferguson hosted the 3rd annual Toys for Tots Charity Golf Tournament at the Springdale Country Club on Monday. The even... 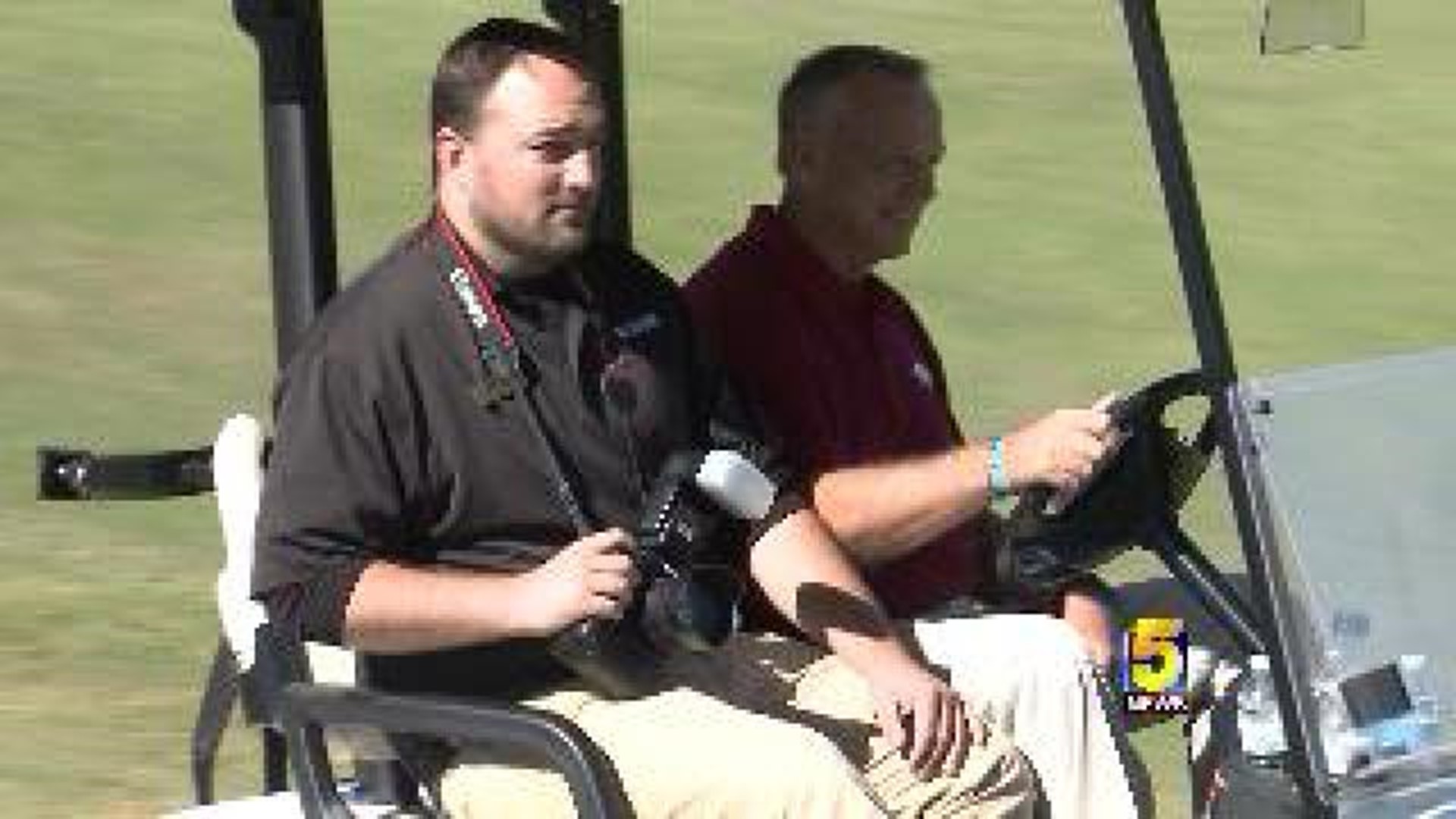 The 3rd annual Toys for Tots Charity Golf Tournament was held on Monday at the Springdale Country Club. The event, which saw an increase in participation this year, is the biggest fundraiser for the toy campaign.

"There was more people this year and so a lot of people brought more people with them," said Joe Ferguson. "Next year we hope all of those people come back."

"The support is there with the community and it is like anything else," said NWA Toys for Tots Coordinator John Staples. "Communication is key and we are getting more and more participation."

There was an incentive for bringing toys. Golfers were awarded a mulligan for each present they brought.

"I had one team with almost forty mulligans this year," said Staples. "If they are good golfers and they can subtract forty strokes off their score than you have a good chance of winning."

Former Razorback and Buffalo Bills Quarterback Joe Ferguson returned to be the guest host and participants enjoyed getting the chance to meet him.

"He is very hospitable and just a great guy," said Staples. "Everybody enjoys interacting with him and meeting him. We couldn't do this without his support."

"It's something to give back and I enjoy doing it for the community," said Ferguson. "This community has been very good to me and it is fun giving back."

The golf tournament raised close to $13,000 for the Toys for Tots Foundation.