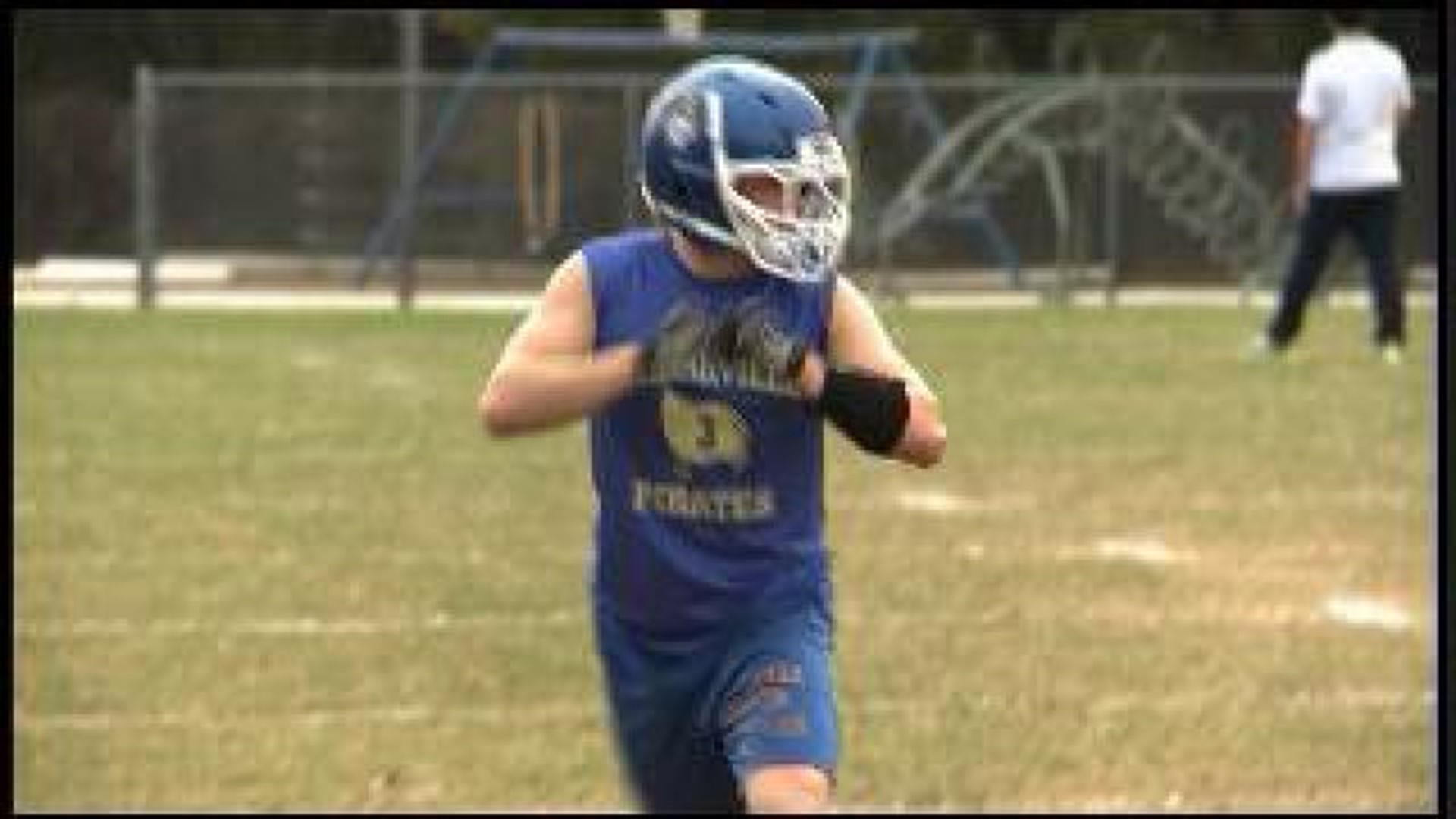 Evan Fincher has been on the move since he started playing athletics.

The senior was a standout in both baseball and football. He has lit up scoreboards the last three seasons and doesn’t appear to be slowing down anytime soon.

Slowing down has never been an option for Fincher. Even if he does have cystic fibrosis.

Cystic Fibrosis is a medical disorder that causes mucus to build up in the lungs, stomach and other organs. Fincher has to go through three breathing treatments every day and has to wear a vest that shakes his lungs.

“I know it affects my lungs, my digestive system,” Fincher said. “ It allows me to be more tired in practice and games and stuff. Just limits me on stuff like that.”

Despite the medical condition, Fincher has led Cedarville through the first eight weeks and has the Pirates fighting for a playoff spot. The senior has 57 catches for more than 800 yards and also has five interceptions on the defensive side.

Cedarville coach Mark Shelton wasn’t exactly sure what needed to be done to help Fincher but one play in the season opener at Mountainburg quickly let him know how serious the situation was.

“We had Evan, he went on a nice long run and we got the ball back,” Shelton said. “We had him out at wide receiver and called a fade route to him and as we took the snap Dylan (Shelton) drops back and Evan took his first step and both legs cramped up at the same time and he just went face down. Our whole coaching staff except for his father had kind of this ‘what just happened’ look on our face.”

Evan’s father, Jody Fincher, is an assistant coach for the Pirates and is an extra set of eyes that can bet kept on his son. But Evan’s own dad wasn’t sure if playing football was the right decision.

“When he was a freshman I didn`t know if he should be playing high school football or not at his size,” Jody Fincher said. “He got a chance at the end of his freshman year. I told his mom and him that I would never doubt him again at anything he could do and if he had a dream he should do everything he could do to try to do that. I wasn`t going to limit him because I knew his abilities. He`s just going to have to work harder and he`ll be fine.”

Nothing appears to be able to slow Fincher down but Charleston will try on Friday night.