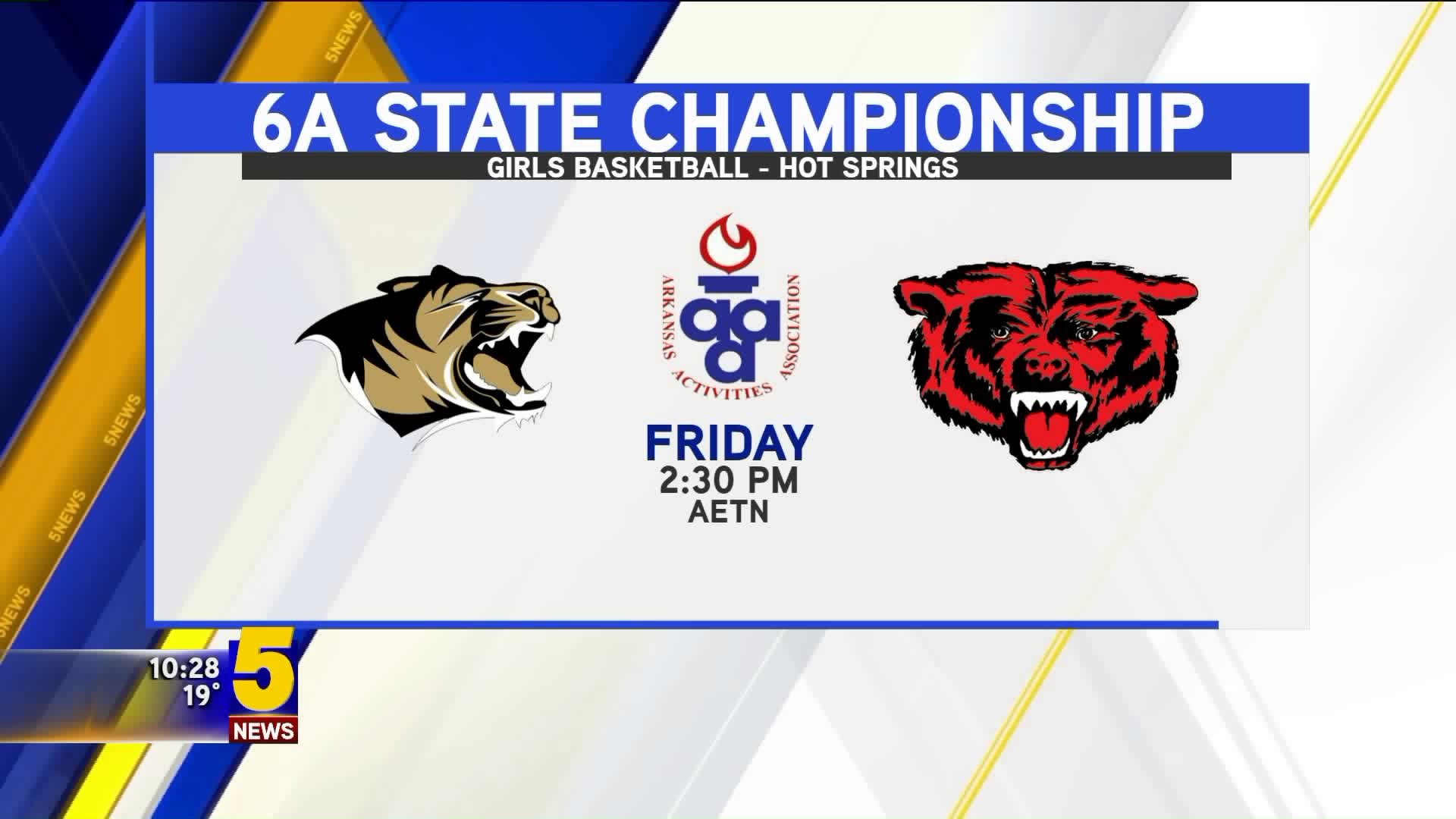 FORT SMITH (KFSM) - Walking into the gym at Northside High School can be a little intimidating for opposing teams. Walking in as a member of the Lady Bears can do the same thing.

Banners line the wall celebrating teams of the past. Northside has been to 10 state championship games since 1999 and they're set to add to that total on Friday when they face Bentonville at 2:30 p.m. in Hot Springs. Adding to that history is what fuels this year's team.

"We want to be a part of that legacy again," sophomore guard Jersey Wolfenbarger said. "We want to be one of those Northside teams that are definitely remembered and future teams, they look up to those teams."

"It makes me want to be better so I can either be that good or better," senior forward Sara Bershers said. "Like you said, it’s a big expectation. You don’t necessarily have to meet them but you want to meet them."

There's been one constant during the run for the Lady Bears - coach Rickey Smith. He's in his 25th season in Fort Smith and is looking to bring home a seventh state title.

"It’s really, really hard to get to that level, to get to the top of the mountain but it’s 10 times harder to stay there and so that’s what we’ve fought all year long is not just trying to get there but stay there," Smith said.

Smith's run at Northside almost didn't happen. After two seasons as the head coach at Stamps (now Lafayette County), Smith was happy where he was. He turned down the initial offer to take over the Northside program. After further talks with then athletic director Jim Rowland, Smith decided to make the move and the Lady Bears program would never be the same.

Northside has won 83 percent of its games since Smith took over. They've won 17 conference titles and six state championships but the long time coach doesn't focus on the success. Instead, Smith admits it's the fear of failure that continues to fuel him.

"When I was a little boy, I took losses really, really hard and we would get beat and I would be in the back seat of my car and would talk and my mom would say, you gotta talk to that boy. He’s not supposed to take losses that hard and I remember my father saying ‘winners win’. You just gotta find a way to win. You gotta do what it takes."

All it takes for Northside is one more win in a game that used to be a dream. Now, it's a tradition for the Lady Bears to be playing for a title.

"A state championship is like you read about them," Smith said. "You dream about them. To actually think that this will be the 11th trip for us to go is kinda crazy. It really is."