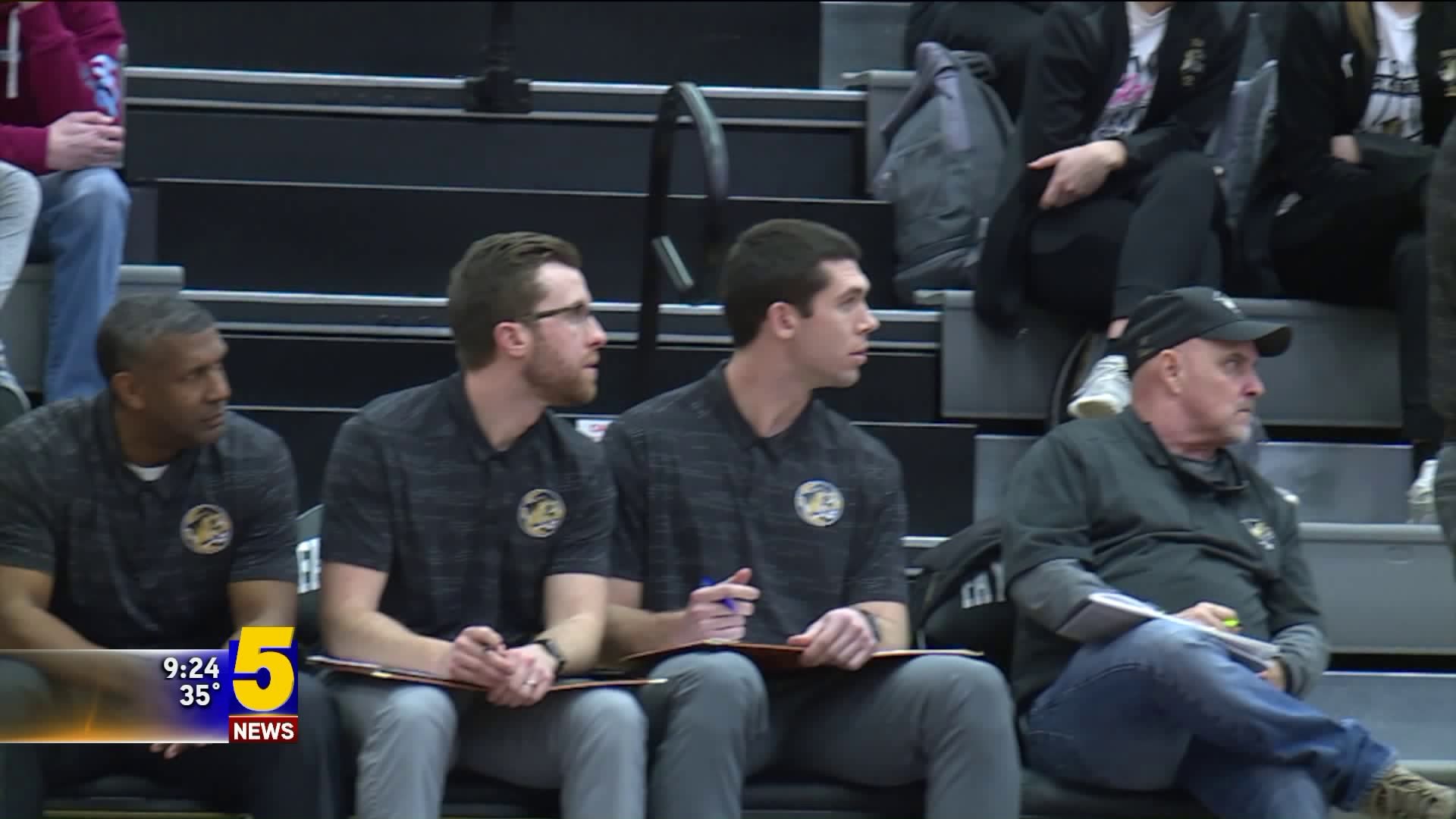 "He was the all-time leading scorer in Kickapoo history, until a kid that signed with Xavier broke it a few years back," Coach Dick Rippee recalled. "Now he's number two in history."

Then Ryan went on to an all-American baseball career at Southeast Missouri State.

"I felt like he was gonna play professional baseball, that was kind of the plan," Dick stated.

But a dislocated kneecap during senior year forced Ryan into plan B.

At the end of my baseball career, [my dad] started sending me some tapes when he was at Kickapoo, saying hey what do you think of this. And I started to really enjoy looking at them," Ryan explained.

Then in 2017, the Bentonville job opened up and Coach Rippee brought along his son as an varsity and JV assistant. Ryan immediately got his certification and began his job as a PE teacher at Central Park Elementary School.

"It’s probably been the best time I’ve had as a coach, and I’ve had some great experiences and some great times," smiled Dick. "But there’s something about sharing with, cause when we grew up he was my best friend. Started out with my little buddy and turned into just my best friend."

" It's my dad, it’s someone you’ve looked up to your whole life, and to be able to work together is so special," added Ryan.

Ryan has embraced his role and become the do-it-all type assistant. Apart from working with players, Rippee runs the weight room, breaks down film and compiles scouting reports.

"You’re more of a direct line to the players as an assistant. Which is fun, you can build relationships," Ryan said.

It's the Rippees' second season and Bentonville is 19-5 with a 9-2 conference record, sitting right near the top of the 6A-West.