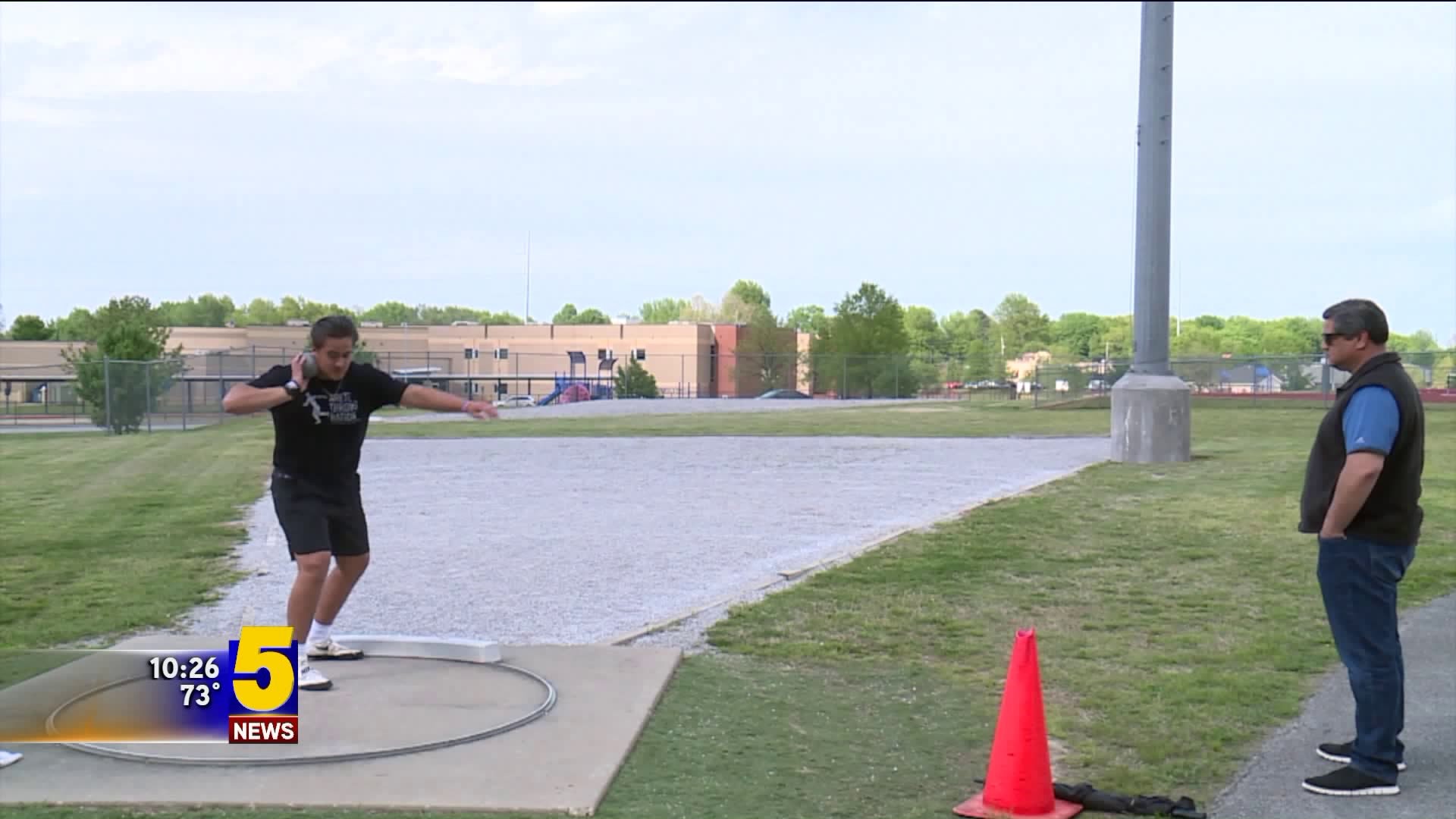 BENTONVILLE (KFSM)- Bryant Parlin is among the best shot put and discus throwers in the state. but his day starts with no fanfare.

Mornings can be lonely when you’re a team of one.
" All my career, I've usually been the only thrower, so I usually workout by myself."

But all that changes after quitting time.

Bryant’s dad is Mark Parlin, who was an all-american in the shotput at UCLA. Bryant started throwing in eight grade, and according to Makr, it was an easy decision.

"There wasn't much talking him into it, cause he always saw that I did it."

That balance of father and coach has been a difficult but worthwhile journey, says Bryant.

"We always had the best relationship, super strong, and I think this has definitely made it better."

"It's tough,it is, but at the same time it's very rewarding. We've bonded a lot over the sport."

"He's only five feet off my PR in the discus, and three feet off my high school PR," laughs Mark. " I think catching those would be really satisfactory for him. Records were made to be broken."

Bryant has his reasons.

"Bragging rights, not something huge, and  I want to throw as far as I can, but definitly bragging rights over him."

Together, they’ve already accomplished so much.

"I was talking with (my high school coach)", says Mark, "and he said 'now there's two 60 foot shot putters in the Parlin family.' There's not a lot of people that can say that, a father son duo throwing 60 feet in high school, so it's very rewarding."

Bryant will follow in his father's footsteps and compete at the collegiate level when he heads down the road to the University of Oklahoma next year.