Former Razorback Back In Home Away From Home 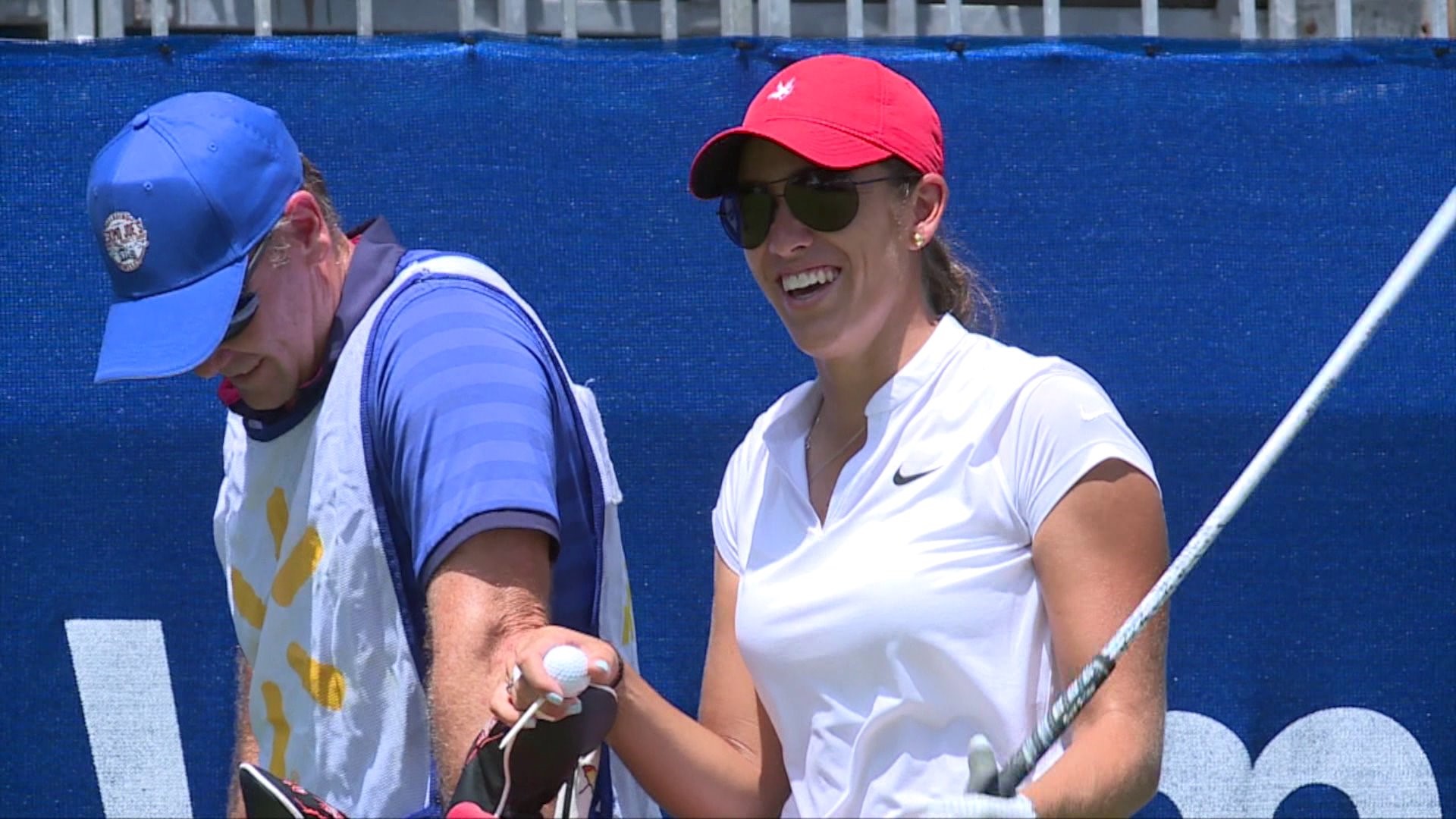 ROGERS (KFSM) - "Whirlwind" is just one way to describe the past month for Razorback alumna Maria Fassi.

Just one month ago, she was crowned the NCAA individual champion. The weeks following have been nothing short of superior.

After being a runner-up at the Augusta National Women's Amateur, being named the PING 2019 WGCA Play of the Year, winning the Honda Sports Award, and winning back-to-back ANNIKA awards, Fassi returns to Northwest Arkansas to make her professional debut.

This marks her fourth start as a member of the LPGA and her third start in the Walmart NW Arkansas Championship - her first as a professional.

“She loves the University of Arkansas. I think this will be a great place for her to get it rolling this week," Arkansas golf coach Shauna Estes-Taylor mentioned. "She has a lot on her plate and she’s figuring out the new life of a professional golfer and an elite athlete and she’s doing a nice job and has a really good team around her.”

For Fassi, returning to Arkansas can be described simply: magical.

“The last few months have been amazing. It’s like a fairytale story, honestly," she explained. "It’s just been so nice to see where golf is taking me. All the things that I’ve won. The awards that have my name on them now. I’m very excited to be back here in Arkansas, playing in this tournament for the third time but the first time as a professional. I’m just very excited for the week to start.”

Fassi's immediate impression on the LPGA has been heard by everyone - from veterans to fans to caddies. Her long-shot has stunned everyone who's seen her, and even caught the eye of fellow former Razorback Stacy Lewis.

“Maria’s just a talent that you don’t see hardly at all. It’s just a powerful golf swing. She just plays aggressive. I wouldn’t say it’s cocky, but she’s got some swagger to her," Lewis said of the rookie. "There’s belief in what she’s doing. She’s not afraid to go out and say she wants to be the best, which I love. Really, she’s a talent that you see probably once in a generation. It’s unbelievable how far she hits it.”

The accolades for Fassi are just beginning to roll in. Some are even comparing her level of talent to Tiger Woods.

One thing missing from her already impressive resume - her first professional win. The chance to do it in her "home away from home" would make it that much more special.