Farmington Walks Off Into Finals 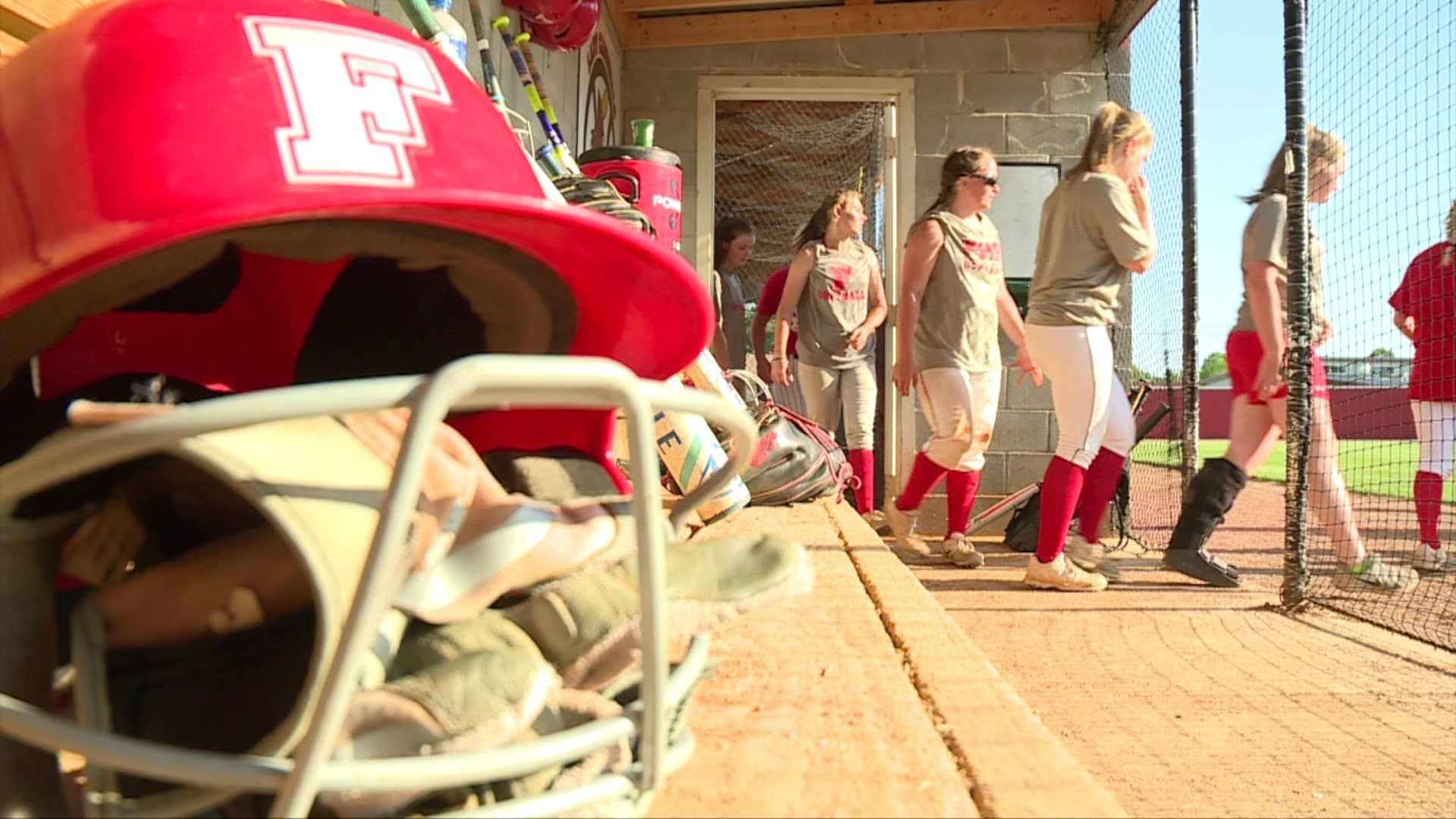 FARMINGTON (KFSM) - The Lady Cardinals faced a double disappointment last year, not getting to play in a final at Bogle (due to the Razorbacks hosting a Regional) and then losing in the title game to Greenbrier. In their battle to get back, Farmington found themselves down to their last out, down two in the bottom of the seventh inning of the state semifinals. According to freshman Grace Boatright, that's when the mood in the dugout changed.

"This is either our last game or we keep going, and we chose to keep going."

Their fate was in the hands of  Boatright, but still, somehow, Lady Cardinals' coach Randy Osnes was relaxed.

"You just have to know Grace."

Eve the ninth grader had faith in herself.

"At first I was a little bit nervous, but then I got up and was like, just do your thing, calm down, you got it."

Her walk-off, three-run homer sent Farmington back to the state finals, and set off a celebration.

"I gave her like the biggest hug ever, I thought I was gonna rip her head off, " laughs junior Mckenzi Bogan.

Senior Madison Parrish remembers the moment the ball went over the fence.

"Immediately, I had tears of joy, because I was so happy that we were getting to go to the state championship."

"We had a four hour bus ride from Batesville back to Farm-town, so we had plenty of time t come down from that high and get serous about what we were trying to accomplish this weekend."

And this time, they’d rather not leave it to the last out, says Boatright.

"If we get off to a hot start before everyone else, they’re confidence goes down and ours goes up."

"Starting from the first inning this time instead of the bottom of the seventh with two outs, that’d be a little bit better. But we’re just gonna try and come out strong and keep on that high and keep going all the way through the game," adds Bogan.

Farmington gets another shot at a title Friday at 3:00 PM against Pottsville, this time, at Bogle Park.