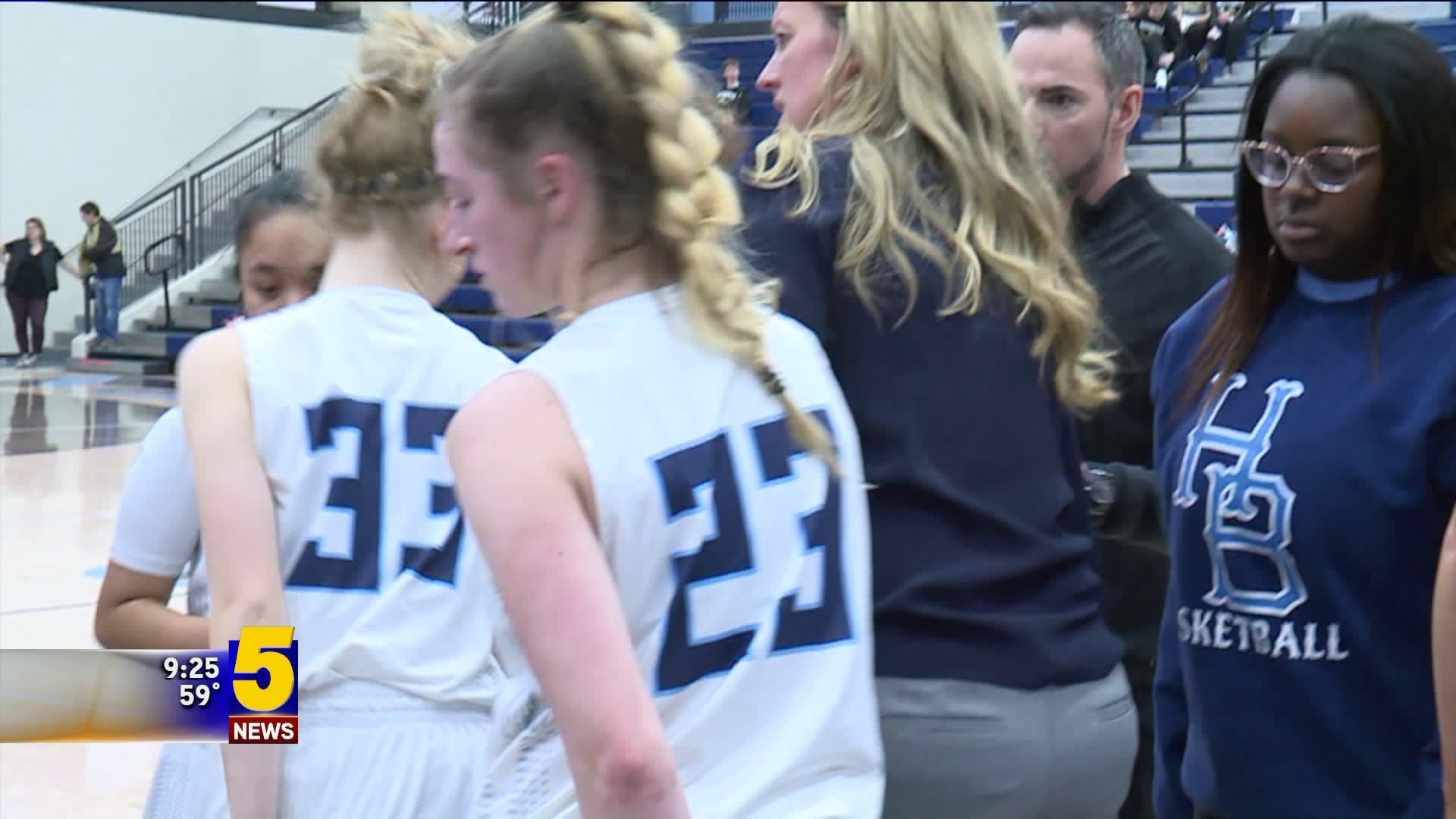 Springdale (KFSM) - Whether you’re a player or a coach, moving to a new school and a new city is tough. But new Har-Ber girls coach Kimberly Jenkins brought someone with her who eased the transition: her son Lawson, now a starting guard for the Wildcats.

"It’s just a really cool connection to have a kid like that at home who loves it, cause I love it that much, it’s my passion too," says Jenkins.

Lawson remembers the passion his mother has always shown for the game.

"Just always in the gym and always watching basketball, and that’s kind of why I love it as much as I do now>

The Jenkins moved from Valley Springs, where Kimberly was a successful girl’s coach and Lawson a star for the boys. Bur even before he was old enough to play for the high school, Lawson was on that court, as Kimberly remembers.

"He was always in the gym growing up, wanted to practice with my teams, even when he was a little guy, you know, that gym rat, and a lot of kids at Valley Springs really helped him."

And having a mom who not only coaches, but played the game, has only helped Lawson.

"She’s always got good advice to give me and she’s been there in my position, so it’s really nice to have somebody to talk to about that."

While Kimberly was a standout at the University of Arkansas, the two can no longer play against each other.

"Fourth or fifth grade, somewhere in there, I started getting taller to where I could beat her, and she doesn’t like to lose, we’re the same in that kind of stuff," laughs Lawson.

"I try not to participate in stuff I lose at, so there was a point where we said enough’s enough, but we did a lot of that growing up, that was part of him initially falling in love with the game," remembers Kimberly.

And she thinks this change has prepared them for an even bigger one right around the corner.

"We made a big transition this year to come here, and maybe now the next transition won’t be as big. I’m not excited about him leaving the nest, but I kind of am too, you know? I’m excited to just see his next steps."