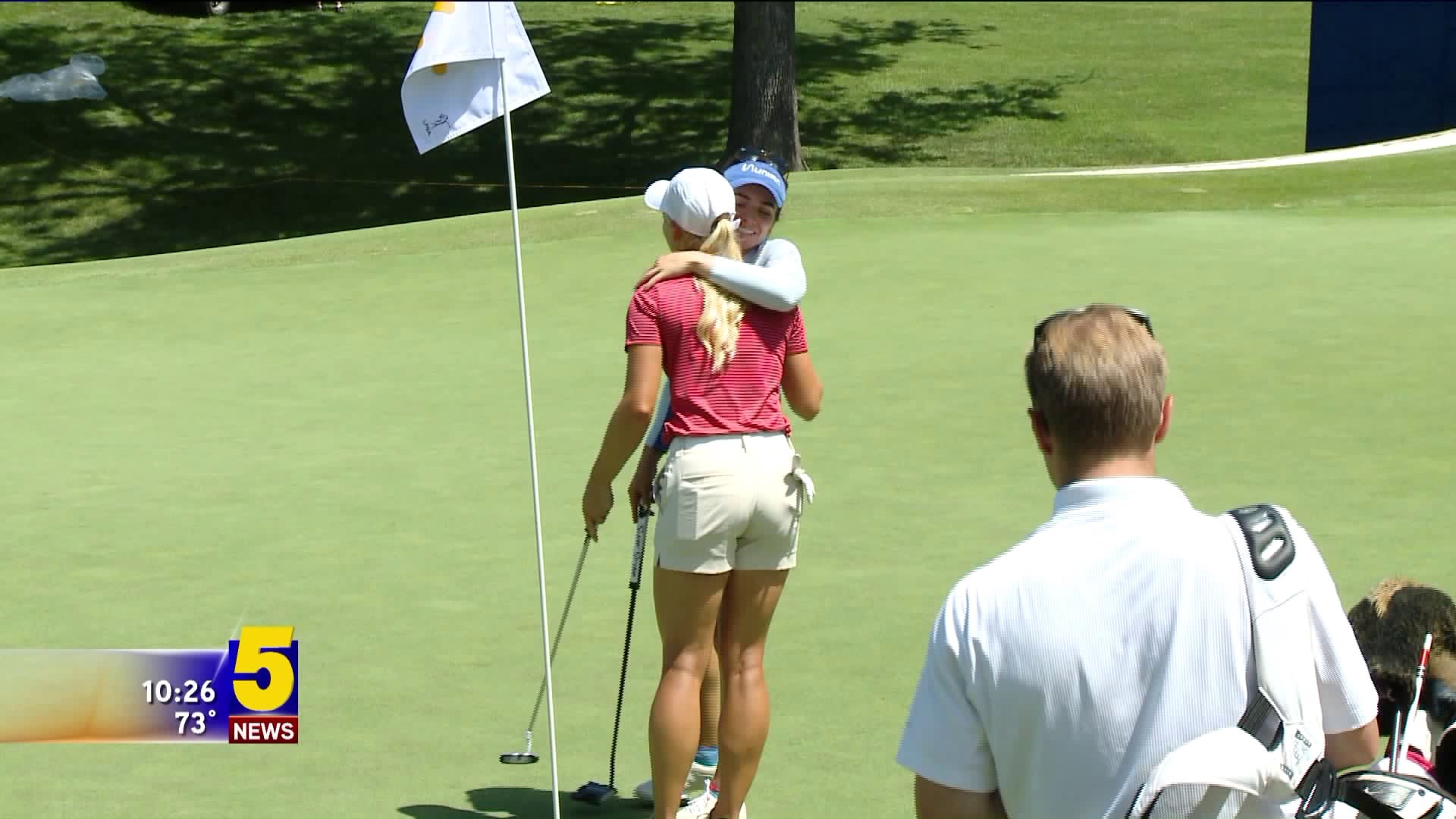 ROGERS (KFSM)-  For the second year in a row there will be five current and former Razorbacks competing in the Northwest Arkansas Championship. Whether they are a pro-hog or an amateur, they feel like they have an edge because of how familiar they are with this course.

"I think one of the hardest things as a rookie is every week you are at a new course," said former Razorback Emily Tubert. "Where the veterans have played the event more. So to get to come back to Northwest Arkansas and play at Pinnacle, a course I am very familiar with, it's exciting. It's a little like a home court advantage or more of a veteran advantage to this particular event."

Gaby Lopez is one of the veterans that knows Pinnacle Country Club inside and out. This is her fourth shot at the NWA Championship. But, she remembers it like yesterday, what it felt like to play in the tournament the first time.

"I remember that I was so nervous," said former Razorback Gaby Lopez. "You get paired up with all of these big figures, you get the crowds, you get the TV everything is so much. My only advice is to smile enjoy and know that this is a lifetime opportunity."

Arkansas senior Alana Uriell is taking that advice to heart. Last year was Uriell's first time competing in the tournament after advancing from the Monday qualifier. But, now with more experience under her belt and earning the sponsor's exemption this year, she plans on taking a more relaxed approach to the weekend.

"I want to have the most fun out of everyone," said Uriell. "Waving, smiling,  and saying hi to people. I feel like that's the number one thing is to be having fun. "

Uriell's former teammate Regina Plasencia is also returning to the tournament for a second year in a row. The former Razorback is also planning to stick to a simple game plan heading into Friday's opening round.

"I go into the tournaments without much expectation," said Plasencia. "Because I feel like if you set a number or I want to finish top 15 that that can become a distraction my game plan has always been play for birdie."

Although all five of the Razorbacks are not originally from the Natural State they say that coming back here to Pinnacle Country Club and Arkansas feels like home.