Expect Hogs to Mix Run and Pass Equally This Season

With so many weapons Arkansas will be able to confuse defenses. But the play calling on offense will depend on what opposing defenses give them. 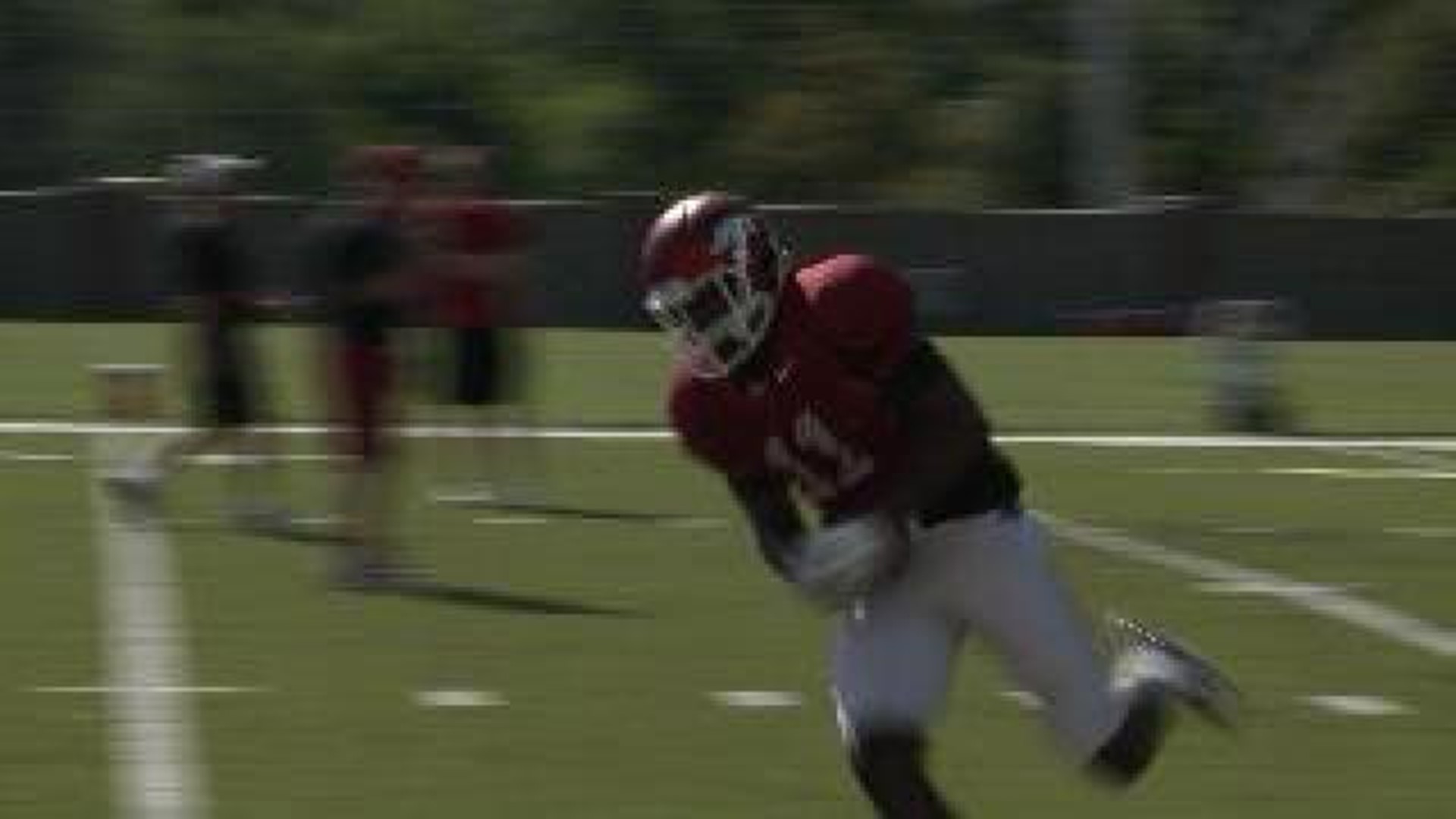 The possibilities seem endless for the Arkansas offense this season; an All-SEC quarterback and running back, plus a great deep threat receiver in Cobi Hamilton. The Hogs haven’t seen this kind of talent in years. They can run and they can pass. But where do they draw the line?

Expect the Hogs to do a lot of both in 2012, especially with the addition of Brandon Mitchell at receiver. He's the typical big body, possession guy to complement the faster wide receivers. Offensive Coordinator Paul Petrino has so many options in his play book. But each week the play calls could be something completely different.

With the addition of Brandon Mitchell, Tyler Wilson not only has another option, but a guy who’s willing to go down the middle of the field for the tough catch.

“We always run every play in our offense,” said Mitchell. The only difference is you probably won't see me running a lot of deep routes. Cobi (Hamilton) is more of the deep threat as a fast guy. Mekale (McKay) is really really fast and Javontee (Herndon), those guys are more the deep threats. My job is to go out there and convert third downs and be a target whenever Tyler (Wilson) has to check down and things like that.”