In part three of our one-on-one interview with Arkansas coach Bret Bielema, he talks quarterback Brandon Allen and why the fifth year senior is ready to make th... 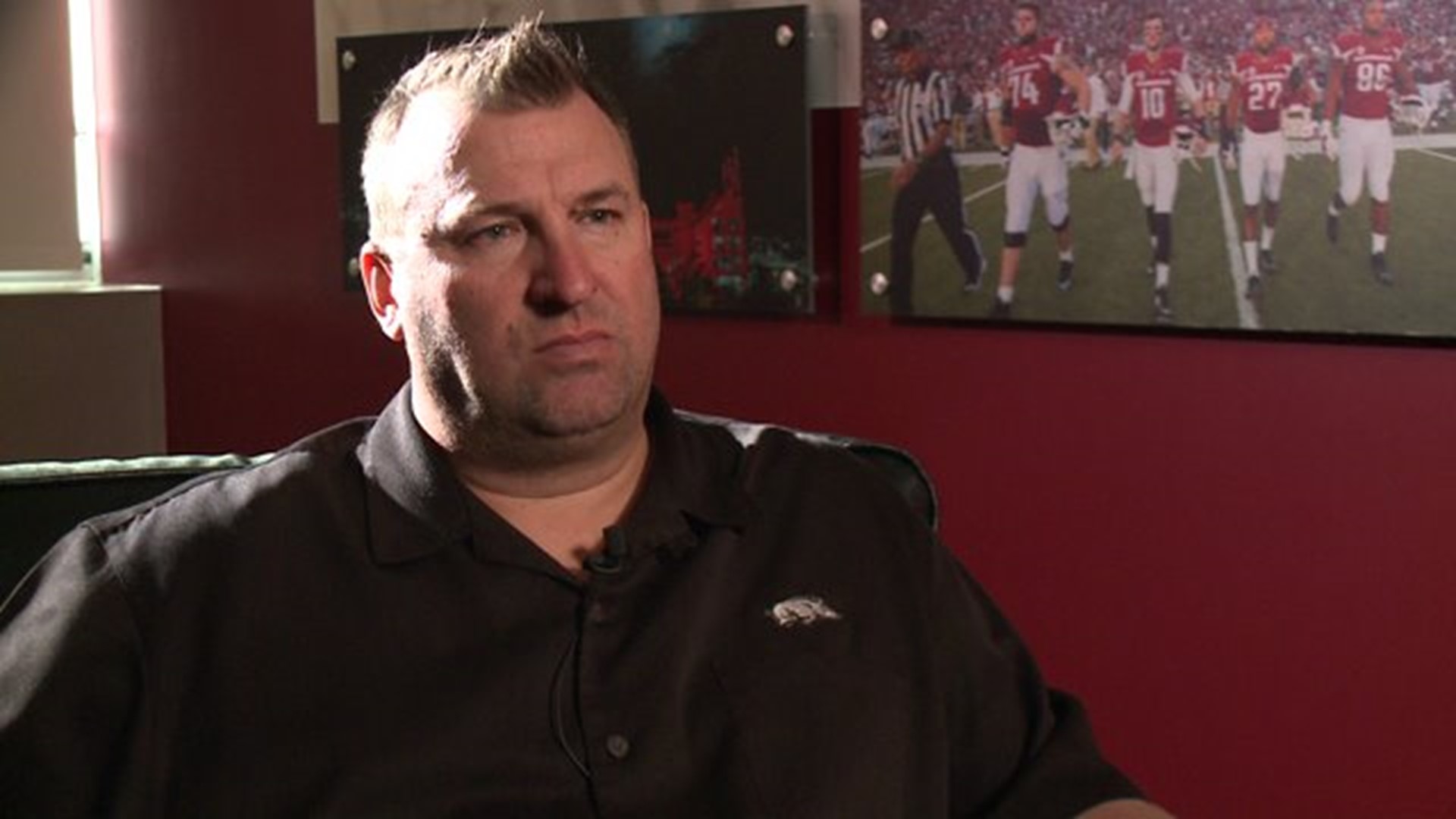 In part three of our one-on-one interview with Arkansas coach Bret Bielema, he talks quarterback Brandon Allen and why the fifth year senior is ready to make the leap to become an elite SEC quarterback.

Catch part two where Bielema talking how the Hogs will replace key starters on defense here.

Catch part one where Bielema goes step by step on how he has changed the culture of the Arkansas football program here.

Q: Having a fifth year senior at quarterback, you really can't put a price tag on that can you?

A: "My challenge to him is to be the best in the SEC. He's a 5th year quarterback whose a three year starter who has been around this game a long time. His dad was a coach here forever and still works on our staff so he's been around it, he understands it. A lot of good quarterbacks graduated a year ago and he returns and obviously brings a lot of really good qualities. I think the things he did poorly a year ago, he's going to try to do at his best and that's the constant pressure that we're going to put on him."

Q: There is a lot of pressure on Brandon Allen but is there any reason he shouldn't be a top two or three quarterback in this league. I know Dak Prescott is back at Mississippi State but is Brandon Allen right there at the top?

A: "He is. Obviously Dak had a great year ago and had a lot of really good players around him. As coaches we're going to give (Allen) all the tools that we can. The players rally around BA because they know he's got a lot invested in where he is today and I'd like for him to go out and have great a senior year as he can possibly have."

Q: What's it going to take for him to do that?