Q: The loss of Trey Flowers and Darius Philon, how big of a jolt was that and how tough was that to take? A: As a coach you don’t worry about what’s not h... 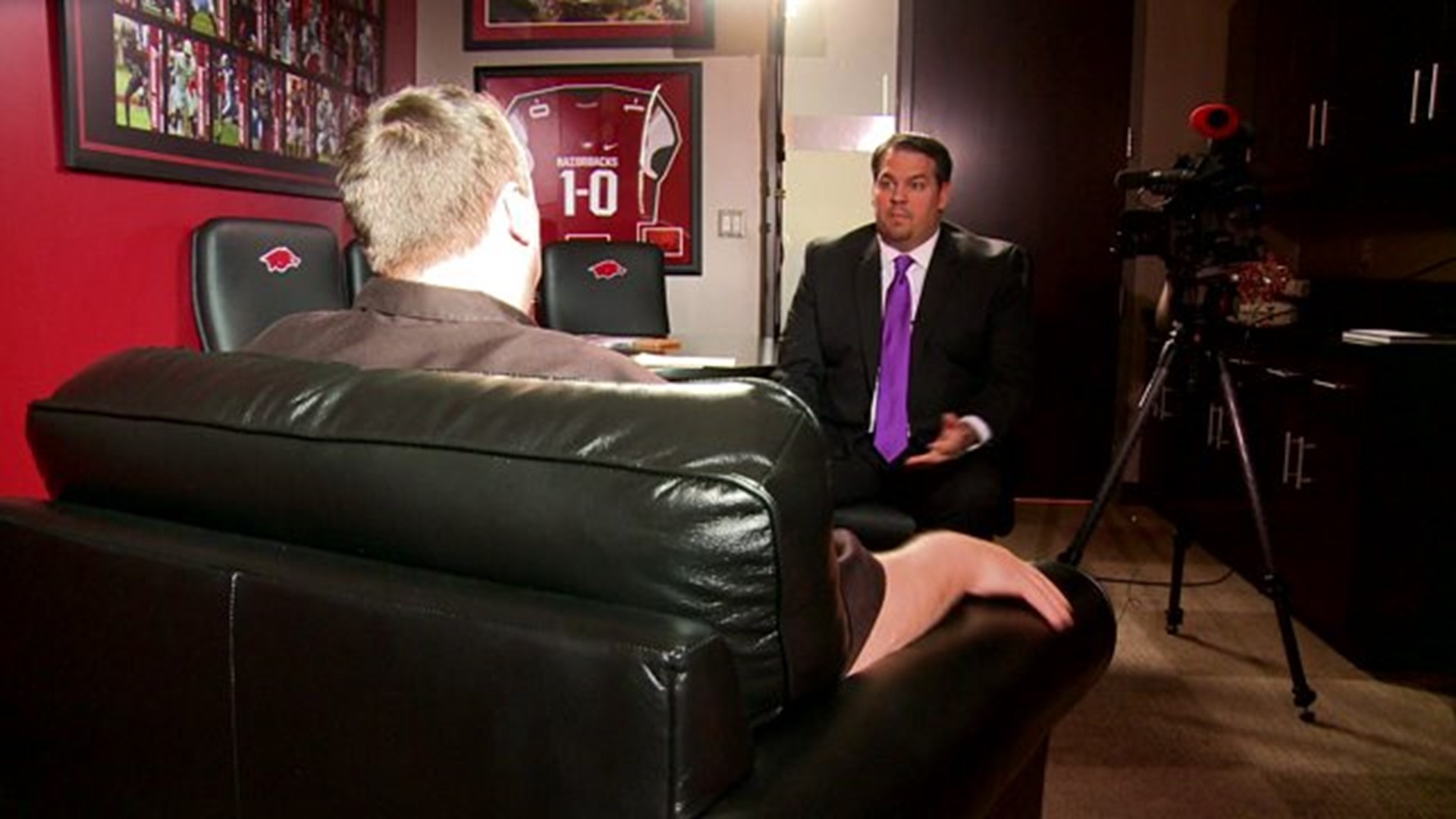 In part two of our one-on-one interview coach Bielema talks about replacing multiple superstars in the defensive front seven.

Q: The loss of Trey Flowers and Darius Philon, how big of a jolt was that and how tough was that to take?

A: As a coach you don’t worry about what's not here. You worry about what is here. We wish Trey and Darius all the luck in the world but the growth of the D-line has been huge; not physical growth but mental growth, skills and physicality. We had two new players come in, Jeremiah Ledbetter, who we'll use at end. We also brought in Hjalte Froholdt. He's been a nice surprise for us at defensive tackle. We're excited to get those guys in and mix them in with JaMichael (Winston), Taiwan Johnson, Deatrich Wise, some guys like Bijhon Jackson and DeMarcus Hodge. It's fun to see those guys see these big guys come in and help right away.

Q: How good has the growth of Bijhon Jackson been? We saw some last year, but he's expected to be that next guy up.

A: He is. He's a very special player. He's very sudden. He's good with his hands. The great part about him is he's a guy who continues to improve.

Q: Linebacker core is losing Martrell Spaight and Braylon Mitchell. That's a major loss. You have Brooks Ellis coming back and he played well towards the end of the season. That's one building block you can build around.

A: We took Brooks and moved him to WILL. We took our SAM linebacker Khalia Hackett and moved him to MIKE. That's been a nice adjustment. At the outside SAM linebacker position we've moved Josh Williams there and he's played exceptionally well because he can see now the direction the SAM sees. He's no longer like mike where he plays everything. He has his eyes in a fixed spot and he plays very fast.

Q: How tough is it to take that next step as a linebacker? You said there's a lot going on.

Q: The back end is very talented but very young.

A: It is. We have two real seniors. Rohan Gaines and Davyon McKinney will give us great leadership. To see Josh Liddell come in and do what he did as a freshman, as well as those other guys, Henre' Toliver, they got better as the year went on. A couple of those other young players, the more reps they get, the more accountability they have on the field they will grow leaps and bounds on our football team.

Q: When you listen to people in this state talk about Toliver, they think he could be the next really good corner to come out of Arkansas. What do you see from him?

A: I think he's going to be a good player. Between him, D.J. Dean and Jared Collins those are three really good players who want to be on the field. So, may the best man win.