DeQuinta Jones Could Be the Key to the Arkansas Defense

Jones has started 22 games in his career and can be the big body in the middle that typically dominates in the SEC. 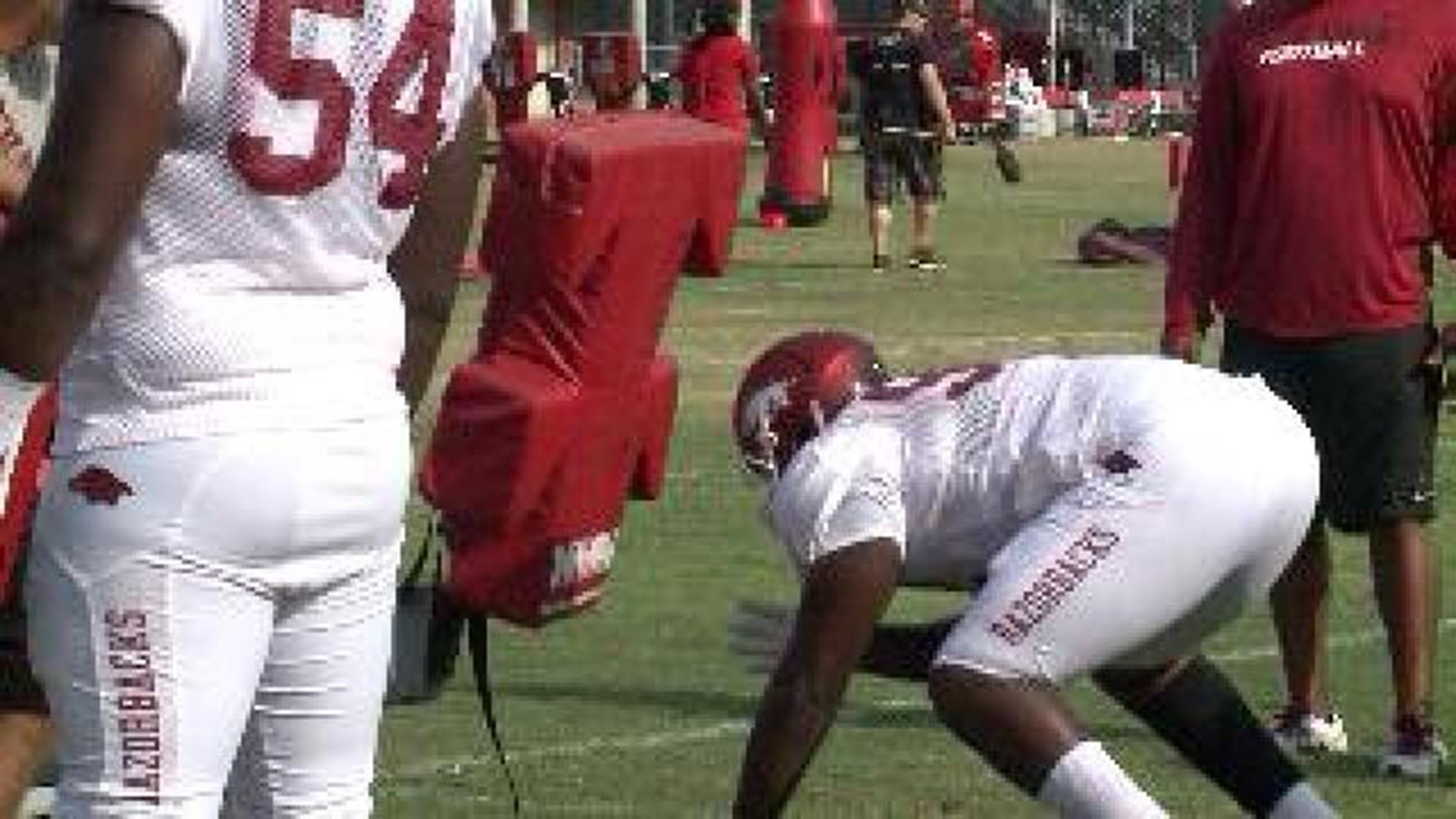 While defense has been the key to the SEC winning the last six National Championships, one position in particular stands out in the dominance. Each year that team has had a defensive tackle able to clog up the middle, stop the run and get pressure on the quarterback. Nick Farley at Auburn and Terrance Cody at Alabama are two names that come to mind.

At Arkansas, Dequinta Jones could be that guy. He will have the luxury of staying fresh throughout the game because the Hogs will be rotating in a lot of guys. Between Jones, Robert Thomas, Lavunce Askew, Byran Jones and Alfred Davis the defensive tackles have started a combine 60 games.

Jones has the physical frame to be a force up front. At 6’5 he will have the size to play that big body in the middle.

“He is an emotional guy,” said defensive coordinator Paul Haynes. “He has a lot of energy, and this has probably been his best camp. He’s playing low, playing with great pad level. So if he continues to do that he’ll have a good year for us.”

“You've got to have fun,” said Jones. The game of football, it's not hard at all. You've got to love it and that's one thing I do. I love the game and I play it full speed. I just run around out there, laugh, talking trash. I just make it as easy as I can.”