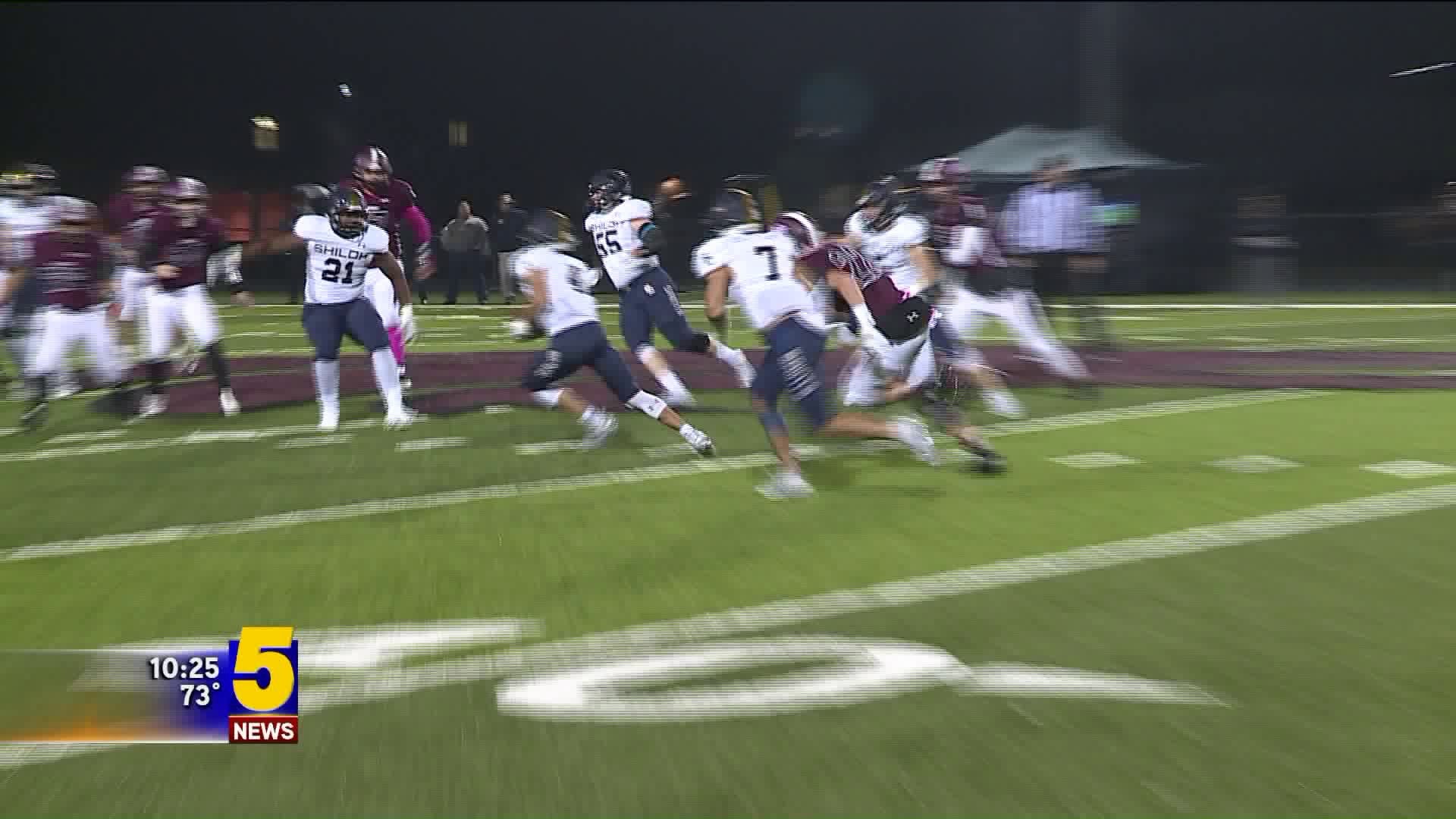 SPRINGDALE (KFSM)--Shiloh Christian is averaging 41 points per game on offense. But the Saints eight game win streak is more about the defense.

"Coach [Jacob] Gill and his staff and just our defensive players have played well week in and week out," head coach Jeff Conaway said.

"Coach Gill and Coach [Josh] Salsbury as well, they prepare a tremendous amount and they spend a lot of time watching film and drawing things up," agreed senior defensive back Micah Button. "So they put us in an almost perfect situation."

Under the tuteledge of Gill, the second year defensive coordinator, the Shiloh defense has allowed just 13 points per game and pitched three shutouts. When you take out the 54 points allowed in week zero to 5A power Texarkana, that number drops from 13 to just 7.7 points per game.

"We just get really hyped over tackle for losses, tackles. We’re just always celebrating each other," said Button.

"I have nothing but good things to say about this team and our defense," smiled senior Preston Hall. "Just a bunch of savages."

Savages, plus a group of seniors that’s forcing turnovers at a crazy high rate.

"One of our focal points week after week is ball security on offense and takeaways on defense," Conaway explained.

"Me and Blake [Thomson] have competitions. We have a competition between me and him to see who can end the season with more interceptions," Button added.

"When you’re competing against the other team and competing against your own teammates you make yourself better in practice, Thomson, a senior defensive back said. "The competitive environment it causes can’t be anything but helpful."

On paper it may not look like a different unit from the past year or two. But there’s something about this defense that’s special.

"I think one thing that changed from last year to this year, is we didn’t gain or lose a whole bunch of talent. It was just the personality," said Hall.

If Shiloh Christian tops Pea Ridge on Friday night, the Saints clinch their first conference title since 2010 and would lock up the No. 1 seed out of the 4A-1 headed into the state playoffs.