Brown’s Career Night Bested Only By His Father

Sophomore averaging more than 30 points a game for Bulldogs 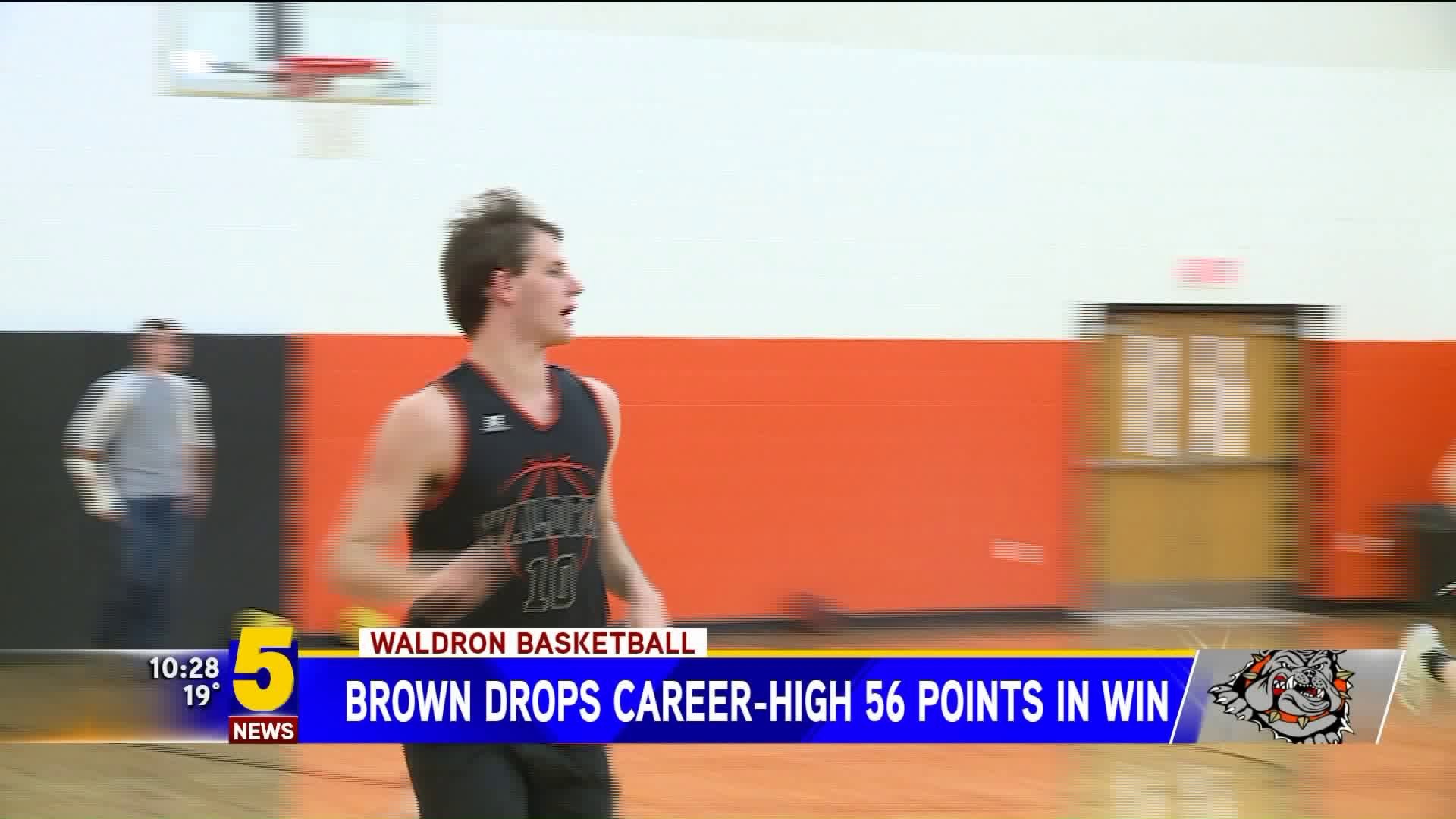 WALDRON (KFSM) - Waldron scored 73 points in their win over Subiaco Academy on Friday, 56 of which came from Bulldogs point guard Payton Brown.

"I just came in feeling it," said Payton Brown. "I just have to give all the credit to my teammates when I was coming open they were getting me the ball they didn't care how many times I shot it they just kept hitting me while I was open."

Brown's coach didn't realize until after the game how many points he had scored.

"I didn't realize it until after the game," said Waldron coach Josh Brown. "You go back and watch film and say dang that's a pretty special performance, and it was fun to watch it back too."

Posting numbers like that is nothing new for the sophomore as Brown averages 31 points per game and has totaled nearly 500 points through 16 games this season.

"The older guys have kind of taken him under their wing," said Brown. "They kind of see him as a leader as well because he can score the ball so well but he brings a lot to the table because any night he can go off for 30 or if he needs to make that extra pass he can do that as well.

Surprisingly the 56 points did not break the school record for most points scored in a game. Someone very close to Brown still holds that honor.

"58 is the school record," said  the Waldron coach. "From what I'm told it's held by his dad Jason Brown and so he missed a free throw late in the 4th quarter. I know his mom kind of gave him a hard time about it."

While Brown would like to one day surpass the record his father holds. He's more focused on leading his team to their first regional trip in two years.

"We have really been on fire the last couple of games," said Brown. "We have won three out of the last four and we are looking to make hopefully a regional appearance this year and maybe state."

Waldron and Brwon will play at Cedarville on Tuesday.