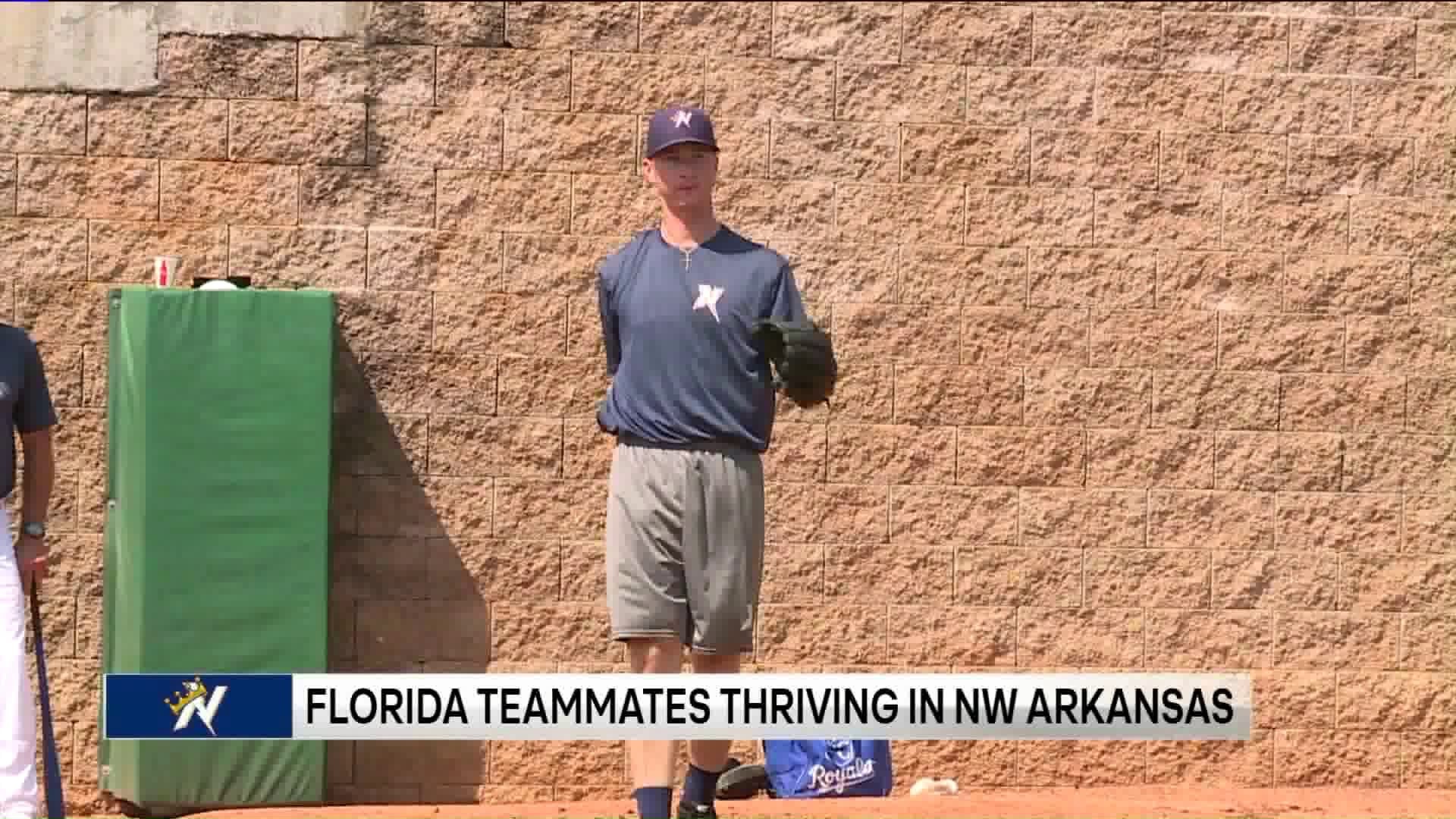 SPRINGDALE (KFSM) - On June 4, 2018, two Florida teammates, best friends and roommates were picked in the MLB Draft. Both went in the first round. Both were selected by the Kansas City Royals.

"Last year we just focused on finishing up the season strong," Jackson Kowar said. "And then when the draft happened it was kind of crazy. No one really saw that coming."

"It was a really special moment," agreed teammate Brady Singer. "He came up and tapped me on the shoulder and said hey, we’re still teammates."

Singer was picked 18th overall by Kansas City. The Royals then made Kowar the 33rd overall pick, reuniting the best friends in the blink of an eye. Both of the 22-year-olds pitched for Wilmington this spring and were named mid-season all-stars.

Unsurprisingly, Singer was called up to Double-A Northwest Arkansas on May 30. Singer followed a handful of weeks later on June 22.

"Yeah I don’t have to worry about a roommate obviously. So we’re still living together now," smiled Singer. "We live with a host family, I swear about a foot away from each other in two different beds."

"Being with each other for three years and roommates, and then being able to carry that on into pro ball has been awesome," reflected Kowar. "Just having somebody around all the time that you know has been really helpful and I think we’ve both enjoyed it."

Yes, these former Gators are bound for the major leagues at some point. But there's still plenty to work at on the mound in Arvest Ballpark.

"It’s been a lot of learning," Singer said. "It’s something that obviously you want to come in here and do is learn. But you know the information that we’ve got from everybody in this organization is incredible."

Kowar agreed, "The Royals are an awesome organization to be a part of. You know, they really invest in all their minor league players and that’s an awesome feeling. I think we definitely all appreciate that."

And that’s the beauty of minor league baseball. Two top prospects that once pitched against the Razorbacks, are now playing for the hometown Naturals.

According to MLB Pipeline, Singer is the Royals No. 1 prospect while Kowar checks in at No. 7.

For a laugh, watch the best friends play the roommate game.