Booneville Prepares For Toughest Test Yet Against Prescott 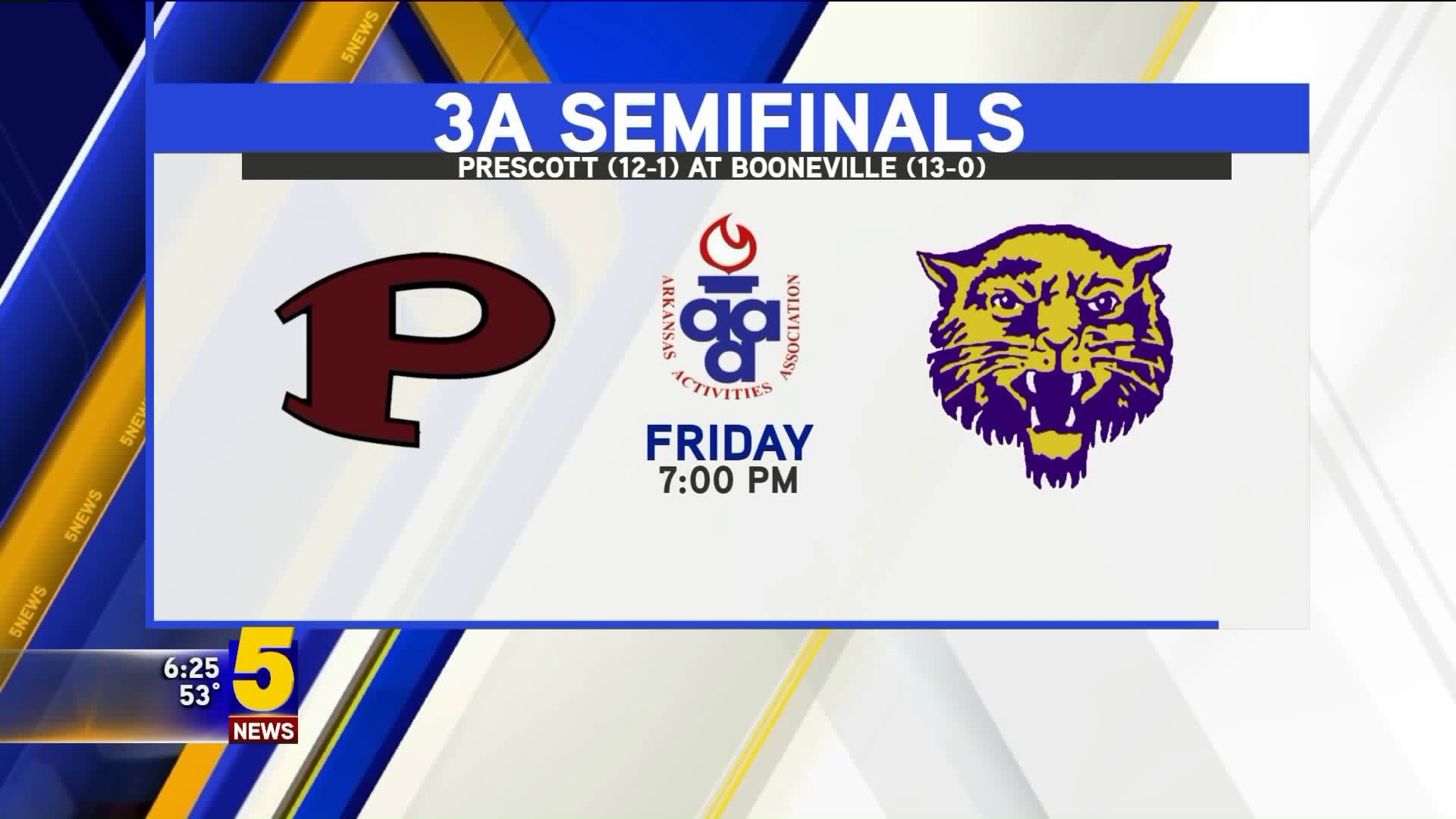 BOONEVILLE (KFSM) - Booneville entered the preseason as the #1 team in the 3A, and the Bearcats have done just about everything a team can do to defend that ranking.

The offense has blown away just about every contest, racking up 559 points on the season while the defense has held opponents to just 157 points.

Friday's semi-final matchup against Prescott may be the first real challenge for the Bearcats. The Curley Wolves only loss on the season comes from a 21-20 nailbiter against Smackover. Other than that, the closest margin of victory was an 18 point win over undefeated Clinton in round two of the playoffs.

"I think they're going to do some things to hurt us, but I think we can do some things that can hurt them," said head coach Scott Hyatt. "It's just going to be whoever makes the fewest mistakes."

Prescott has allowed just 8.4 points per game on the year and had its fifth shutout of the year last week with a 26-0 win over McGehee in the quarterfinals.

"The best thing we can do is keep the ball and keep it out of their hands," explained Coach Hyatt. "We control the clock and try to win the battle of the time. If we can do that, I think we have a better chance to win."

In Booneville's 43-22 win over Camden Harmony Grove, the Bearcats gave up the first 6 points of the game before scoring 43 unanswered.

"It was a knock-down, drag-out game," Coach Hyatt remembered. "I expect the same thing this Friday. They're very talented offensively and score a lot of points. Defensively, they're physical. They can run the football."

"We're mainly just watching more film and we're changing a few of our plays to run against some of their defenses to try to make the best out of those plays," added quarterback Evan Schlinker.