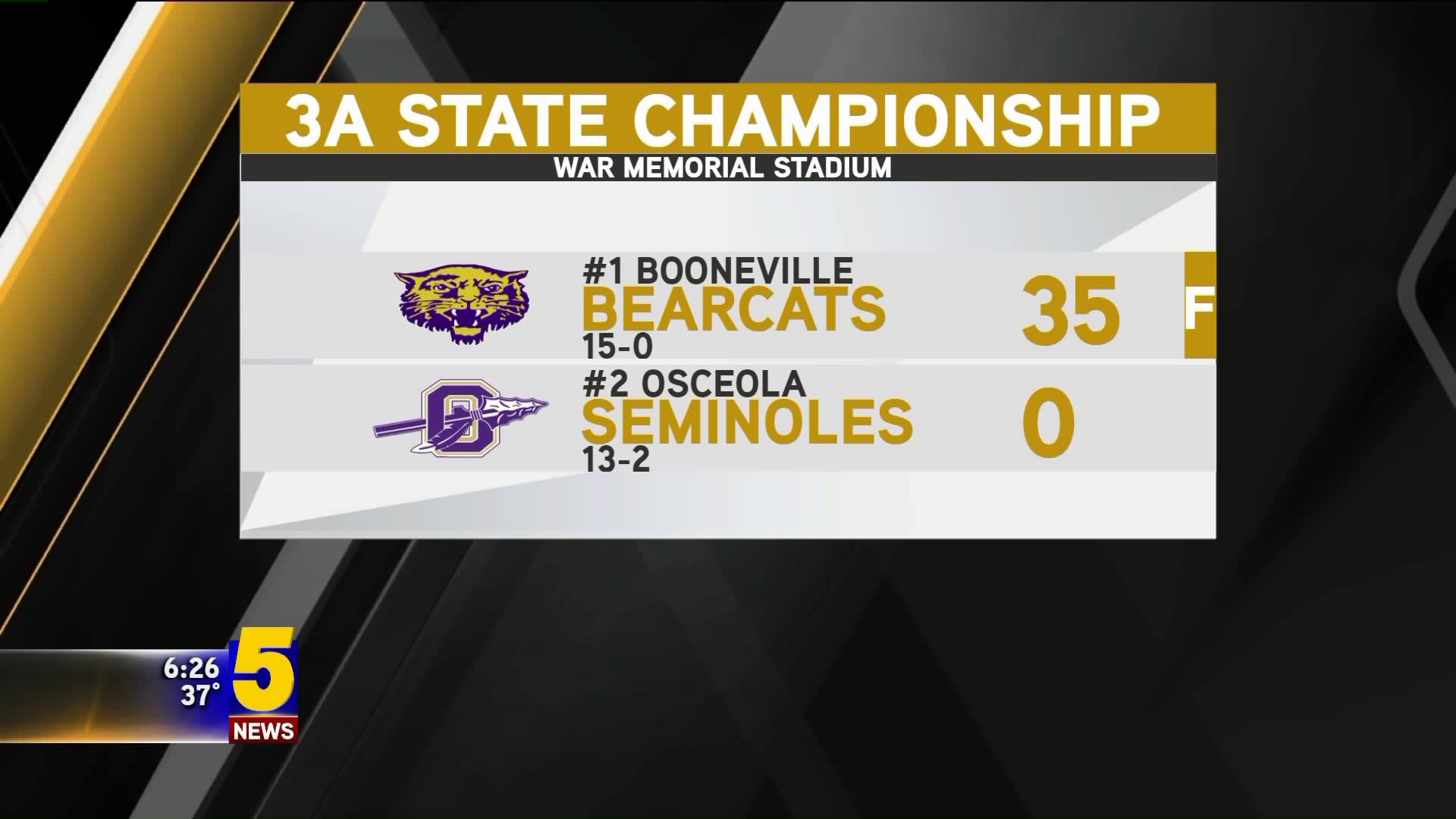 Booneville captured the 3A state championship with a 35-0 win over Osceola at War Memorial Stadium. Scott Hyatt's Bearcats ran the table en route to a 15-0 record.

The Bearcat defense struck early, forcing a Seminole turnover on the first possession. Andrew Robertson took the next play 33 yards for a touchdown. In the second quarter, Osceola was flagged for roughing the kicker on a punt. With the drive extended, Michael Hesson scored the first of his two touchdowns before halftime.

Osceola reached the red zone three times in the first half, yet still trailed 21-0 at the break.

After halftime, senior Carson Ray returned from the concussion protocol to put the game out of reach. Ray punched in a 4 yard touchdown in the 3rd and a 21 yarder in the 4th. Ray finished the season with 32 touchdowns and capped off a great career with MVP honors, running 25 times for 165 yards and 2 scores.

Booneville finished with 391 yards of offense and limited the Seminoles to 152 yards (52 in the second half) and forced 3 turnovers.

Cam Brasher, who had one carry and one catch entering the game finished with 78 yards rushing on six carries plus an interception that Booneville turned into a touchdown.

Booneville won the state championship despite losing starting quarterback Brandon Ulmer to a torn ACL in the first game of the season, running through the playoffs with wins over Baptist Prep, Walnut Ridge, Camden Harmony Grove, Prescott & Osceola.

The last state championship game to end in a shutout was Junction City's 60-0 win over Des Arc in 2013's 2A title game.