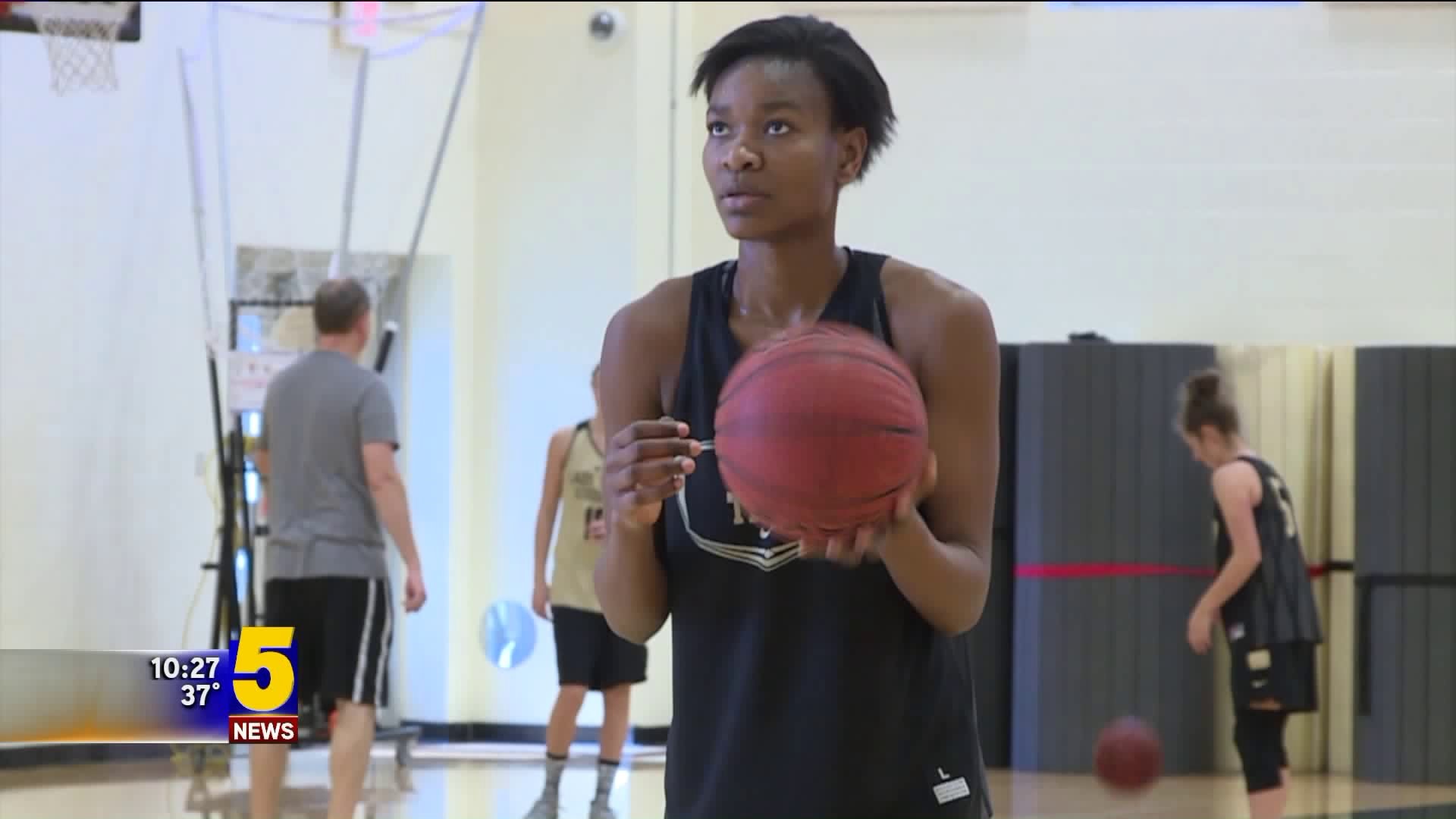 BENTONVILLE (KFSM) - Looking at the Bentonville girls basketball team - it's hard to miss Maryam Dauda towering over the rest of the team.

But Dauda hasn't always been creating waves over the post. In fact, when she moved to Arkansas from Nigeria five years ago, basketball wasn't even on her mind.

"In sixth grade when I moved over here, I was like the tallest kid in the whole school," she remembered. "Whenever I walked through the hallways everyone was staring at me."
A 6-foot-3 middle school student isn't a common sight - but her frame caught the eyes of the right people.
"One day during PE, we played basketball and the PE teacher was like oh you're really good you should try out," she recalled.
Her reaction?
"I was like no, I'm not into basketball," she laughed.
A little less than excited.
But her hoops-driven family encouraged her to get into the sport.
"I started practicing with my dad," she explained. "He bought me new shoes. It was a bit hard from the beginning. I had to spend a lot of time in the gym. "
The natural ability combined with the drive and work ethic has molded Dauda into one of the best underclassmen in the 6A-West.
"I never have seen a player to be able to go ahead form where she came from as a sixth grader to a ninth grader," mentioned head coach Tom Halbmaier. "That's a huge, huge jump. Her ability, her basketball IQ, she understand it well. She gets it. She sees it one time and she can apply it. That's what makes her special."

Now, basketball is the focal point of Dauda's life.

"My goal is to go to a D1 college and play at the highest level against competitive players," she said of her aspirations.

Five short years in the gym have helped her adjust to a new country where she's finally found a spot she fits in.

"If I had to go back and rethink everything, from the start, I would say yes to basketball," she concluded.

A word that forever changed the path of her life as she fights to go all the way.