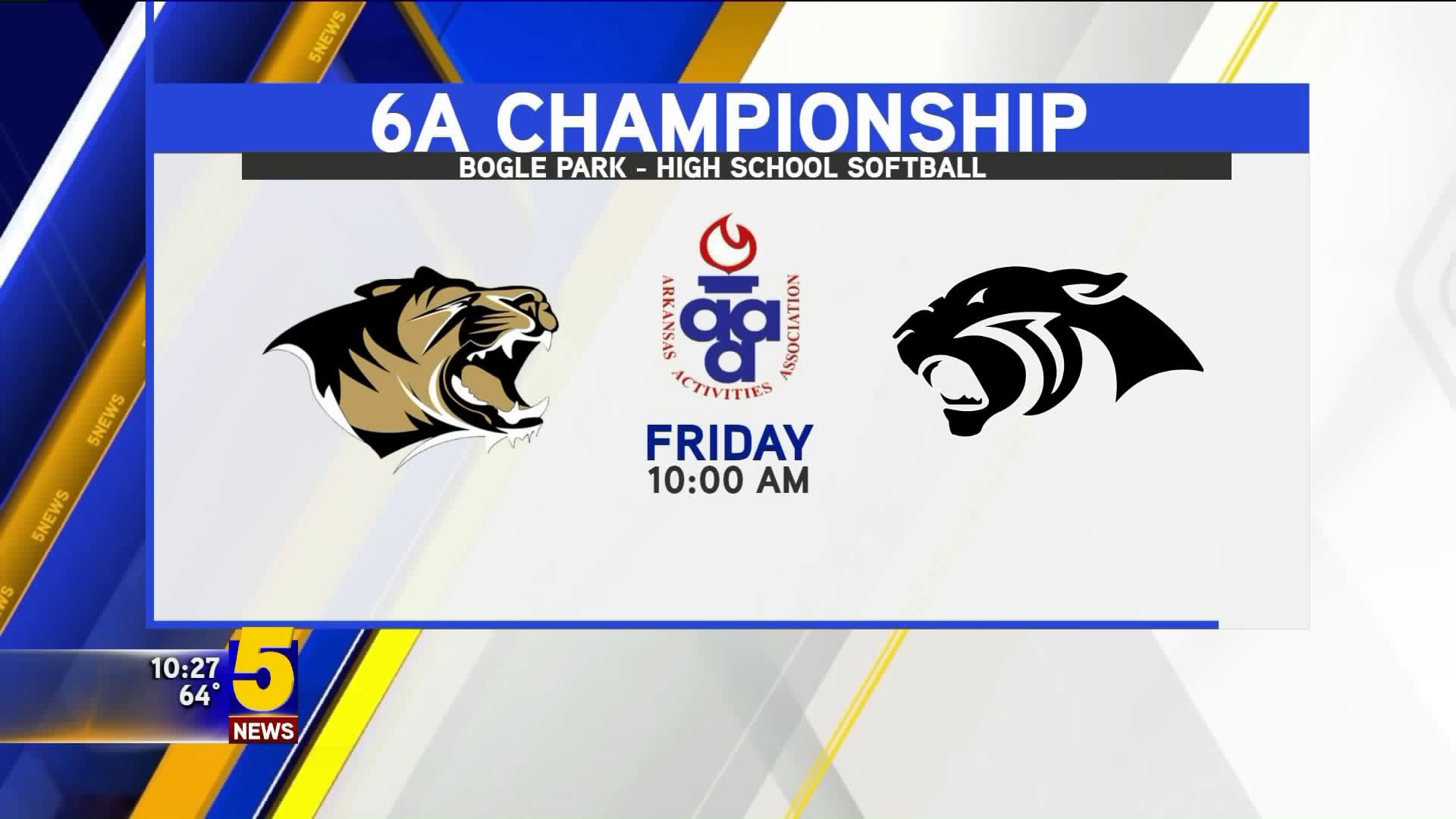 BENTONVILLE (KFSM) - Bentonville softball is a storied tradition years in the making.

"They're the ones that are doing all the work. I don't do anything. I don't hit, I don't swing, I don't throw," head coach Kent Early explained. "It is all the kids works, and it's a compliment to them."

Now - history is waiting to be made.

"Nobody can imagine winning state four times because it hasn't even happened yet so we really hope we can just get it," centerfielder Jenna Wildeman mentioned.

Entering Bogle Park will be a team where not one player has ever lost a state title game.

"Better be ready cause we're going to bring it," senior Morgan Nelson exclaimed.

Bentonville softball and state championships seem to go hand in hand. The Tigers are peaking at just the right time to put themselves in a position to be the first team in the highest classification to ever win four titles in a row.

"I'm grateful for another week of practice. Whenever you start the season, everyone knows that there's only one winner in each classification that gets to end their season on a win. Everyone else finishes their season on a loss," Coach Early said. "For three years, they've done an excellent job of getting us to this point so I'm just grateful that we get another week."

"Going to Bogle is something very exciting for us because we've already gotten to go there three times and this makes four, and for most teams they don't even get to go once," Wildeman added. "Having this experience is something most people don't get to have."

With a target on their back and Cabot wanting to be the ones to dethrone the back-to-back-to-back champs, the stakes have never been higher.

"You always take everybody's best shot. But that's a good position to be in," Coach Early said of his talented squad. "Again, it's a compliment to the kids and what they're willing to do and put themselves in this position."

"Everybody is out to get us, and I think we all know that," Wildeman said of the pressure. "But we just go out there and play our game, and know if we play how we practice because we put so much work in, then we can get it done."

This team is full of veterans who have been here before. Now, the hunt is on to do what's never been done.

The 6A state championship between Bentonville and Cabot will take place later this week at Bogle Park. Times and dates have yet to be announced. 5NEWS will keep you updated with all state championship details as they are released.