Rose Excels From Behind The Arc 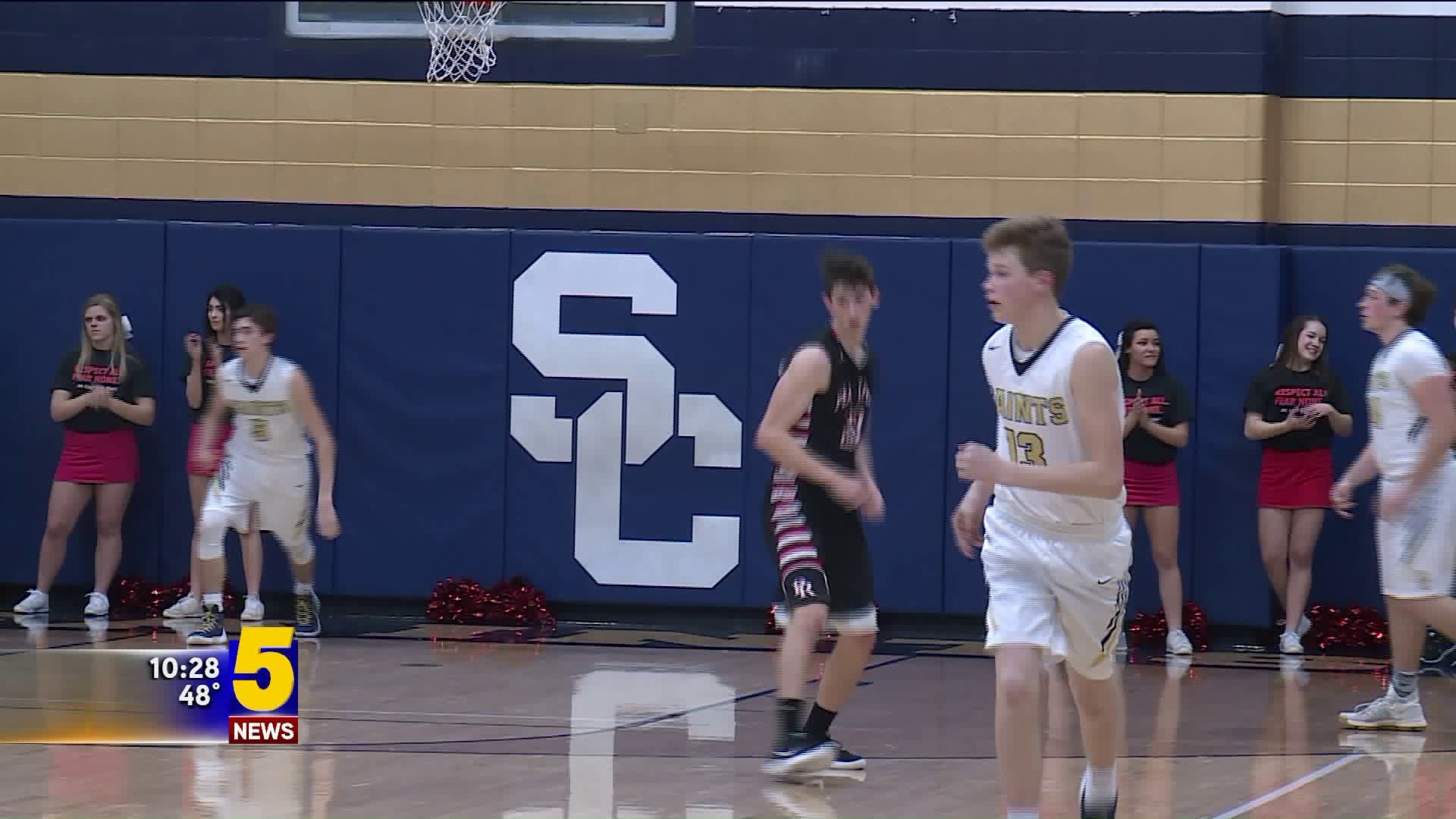 PEA RIDGE (KFSM)--Kobe Rose has developed into one of Northwest Arkansas's most accurate shooters.

"As soon as it touches his hands and there's nobody around him I'm like, 'there's three points'," senior Hayden Holtgrewe said.

"I consider him one of the top three point shooters in the state," added coach Trent Loyd.

But the obvious question to Rose regards his first name. Is he named after legendary NBA player Kobe Bryant?

"With the way it's spelled you thought so. The K-O-B-E kind of gives it away," said Loyd.

The story behind the name? According to Rose, "My sister she played college basketball [at Oklahoma Western] and she really loved Kobe Bryant and watching him play. So she offered the name and my parents went ahead and used it."

"That's what we used to call him cause he could shoot really well when he was littler," Holtgrewe remembered. "So we used to always say 'wow you're just like Kobe Bryant' and stuff like that."

Growing up, Rose played baseball and basketball, but there was never a doubt of who his favorite athlete was.

"It had to be, I was named after him. Couldn't just not love him, he's one of the greatest to play the game," Rose said.

Last season, Rose was a role player on Pea Ridge's state runner up team, hitting three pointers from the corner in specific situations.

"Constantly being on the gun. I was on it every day making 2,000 shots a week, just constantly working on it," said Rose.

But we're seeing a more versatile Kobe Rose in his senior season.

"He's taking charges defensively. He's doing a really good job as far as defensive rebounds, offensive rebounds but then he's also guarding post players as well because he's physical," Loyd said, "He's a little stronger than he was last year and he's long being six three. So he's really becoming a complete player this year for us."

Rose averages about 12 points per game and has consistently shot 45% from three the last two seasons. Pea Ridge is off to a 20-4 start, currently riding a seven game win streak.