Arkansas Steps Up Intensity in Scrimmage 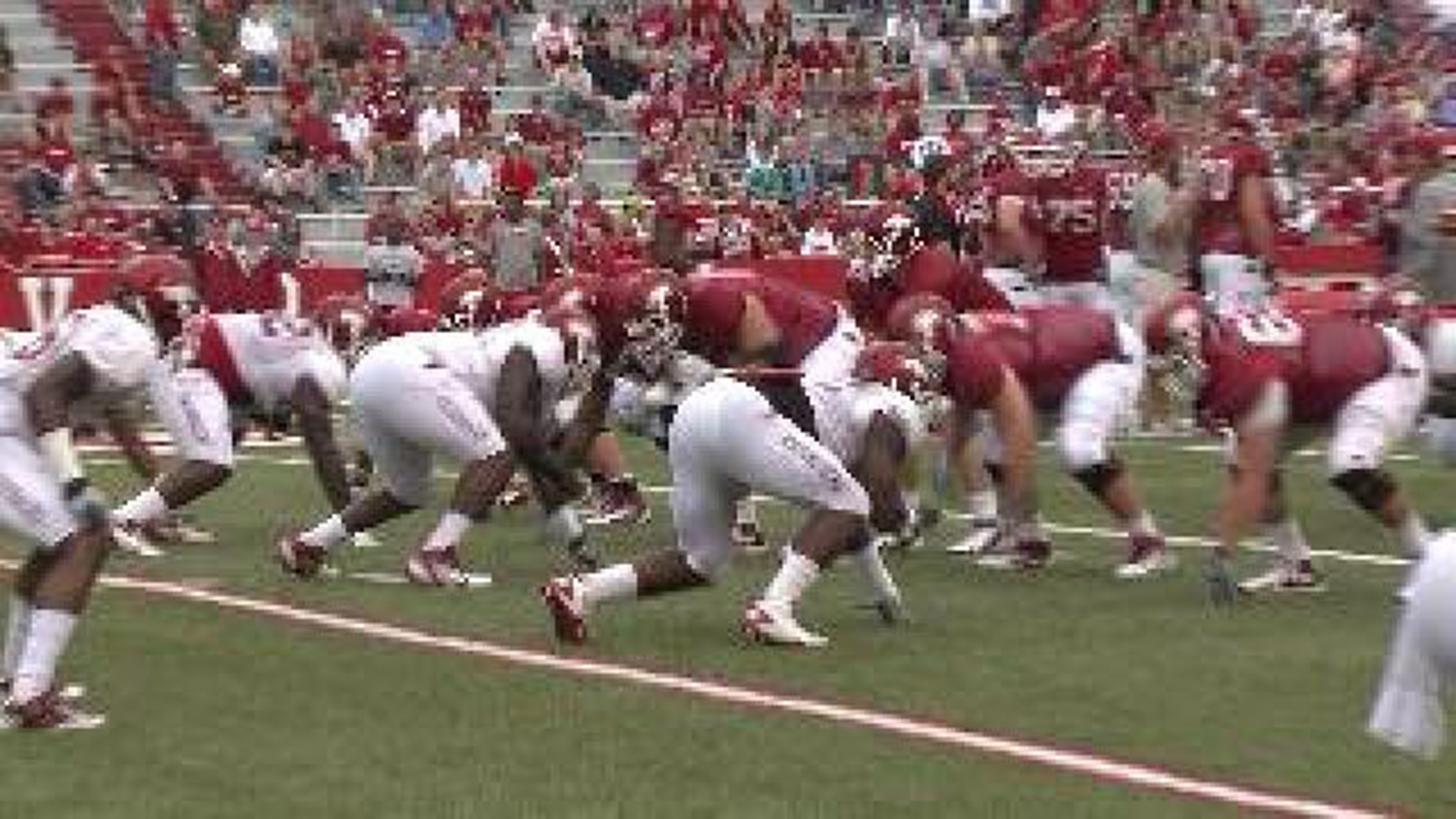 Saturday was the last time the public got to see the Arkansas football team scrimmage before the season starts. Jacksonville State is only 14 days away, so that means it's crunch time for the Hogs. Making mistakes now is much more critical than it was two weeks ago when camp started.

The scrimmage had a serious feel to it and that all started with quarterback Tyler Wilson. He went 22-37 with 255 yards and 3 touchdowns. A lot of that went to Cobi Hamilton. He had 11 catches for 167 yards and 2 scores.

“We have to keep going up the mountain and after that as a coach you look around and say let’s stay healthy from here on out,” said head coach John L Smith.

Some of his guys aren't healthy. Three star players, Knile Davis, Alonzo Highsmith and Tenarius Wright are all being held out of scrimmages. But that's football. All that matters is that this team gets better every day leading up to the first game.

“We have an opportunity to do special things, be a special football team,” said Smith. So don't be one of these guys that looks back in life and says ‘what if what if I worked a little harder, what if I took a chance, what if I made that tackle.’ We don`t want to look back saying ‘what if’ we want to look through the window of opportunity.”

There’s extra motivation now. Arkansas is ranked 10th in both preseason polls. But don't expect this team to think about that.

“Don’t worry about something that we have no control over,” said Smith. We have no control what that ranking is. We don’t get to vote. If we do that every day there is no pressure. We just take care of what we can.”