Arkansas’ offense has scored only seven points in the last two games, the program’s lowest point total for back-to-back SEC contests since 1995. The... 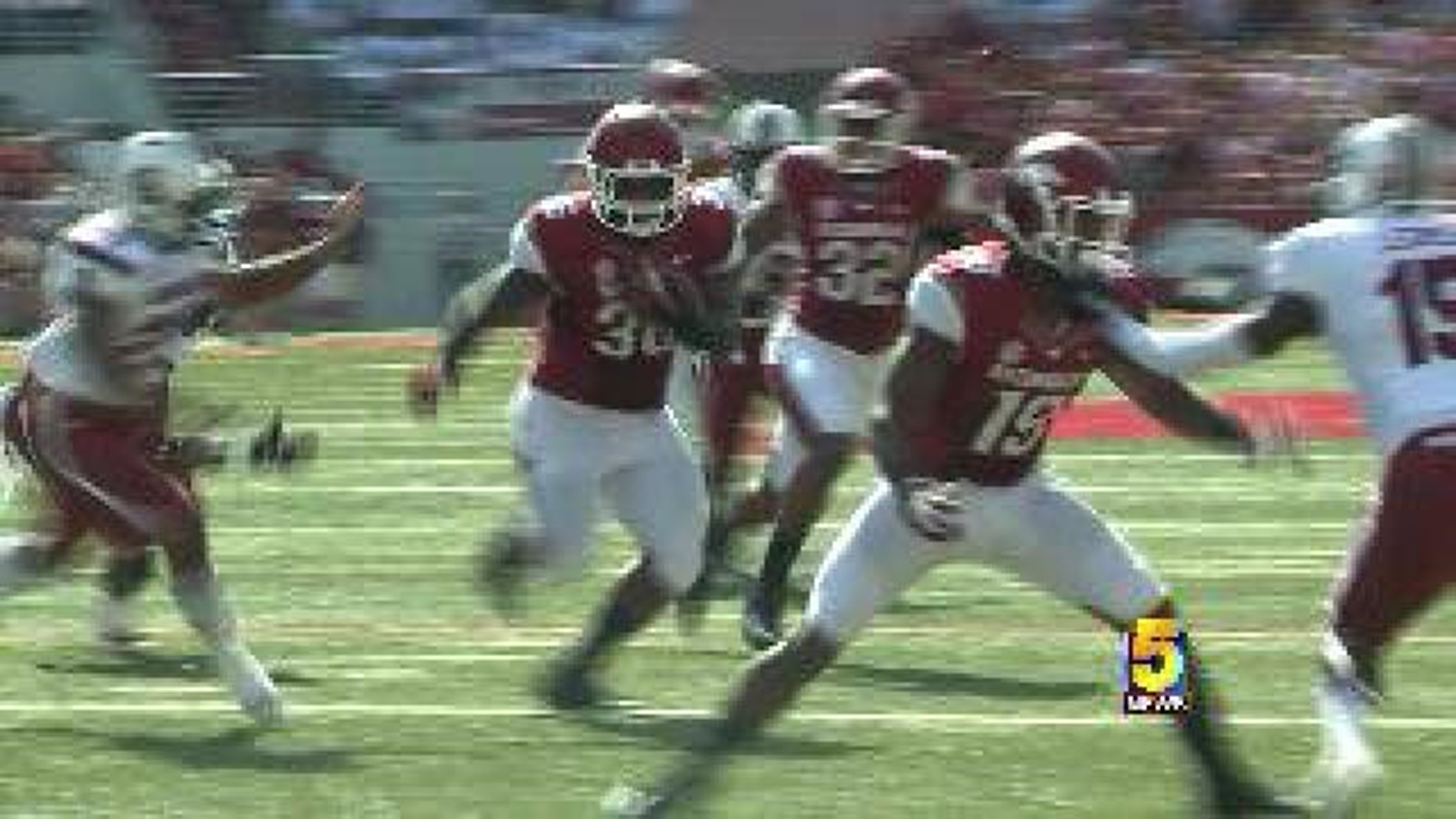 Turnovers, drops and other mistakes have led to one of Arkansas' worst scoring stretches since joining the SEC. The Hogs have scored seven points in the last two games, which is the program's lowest point total for back-to-back SEC contests since 1995.

"For the last couple of weeks the rhythm has been completely out of sync and that is one of the things we are going to focus on moving forward," said Fullback Kiero Small.

"Turnovers are really killing us," said Quarterback Brandon Allen. "Losing that momentum when we have things rolling is something that we are working on."

The biggest mistakes the Hogs are looking to clean up during the off week are the mental ones.

"Just the little things that are easily cleaned up and easily fixed," said Allen. "We know we can do better in the mental area."

"We just got to communicate a little bit more and not make those mental errors," said Running Back Alex Collins. "You know everyone has heart on this team. Everyone fights hard. Once everybody gets on the same page we will be fine."

Despite their current five game losing streak, the Razorbacks have not lost hope that they can reach the postseason. Arkansas remains in contention for a bowl game, but must win three of its final four games.

"You can see it on the guys eyes when you talk to them and when you are around them all day," said Center Travis Swanson. "Obviously everybody wants to win games and unfortunately these past few weeks have not gone our way, but we are going to put the past behind us."

"We know they are going to be tough, but we know we can win them," said Allen. "We are doing our best to take one day at a time and get better."

"We are not looking to the past," said Small. "There's nothing we can go back and change from those games. We are going to go in and try and ride the ship these next four to five weeks."