The National Indoor Track and Field Championships are this weekend and the Arkansas men are a huge favorite to win. 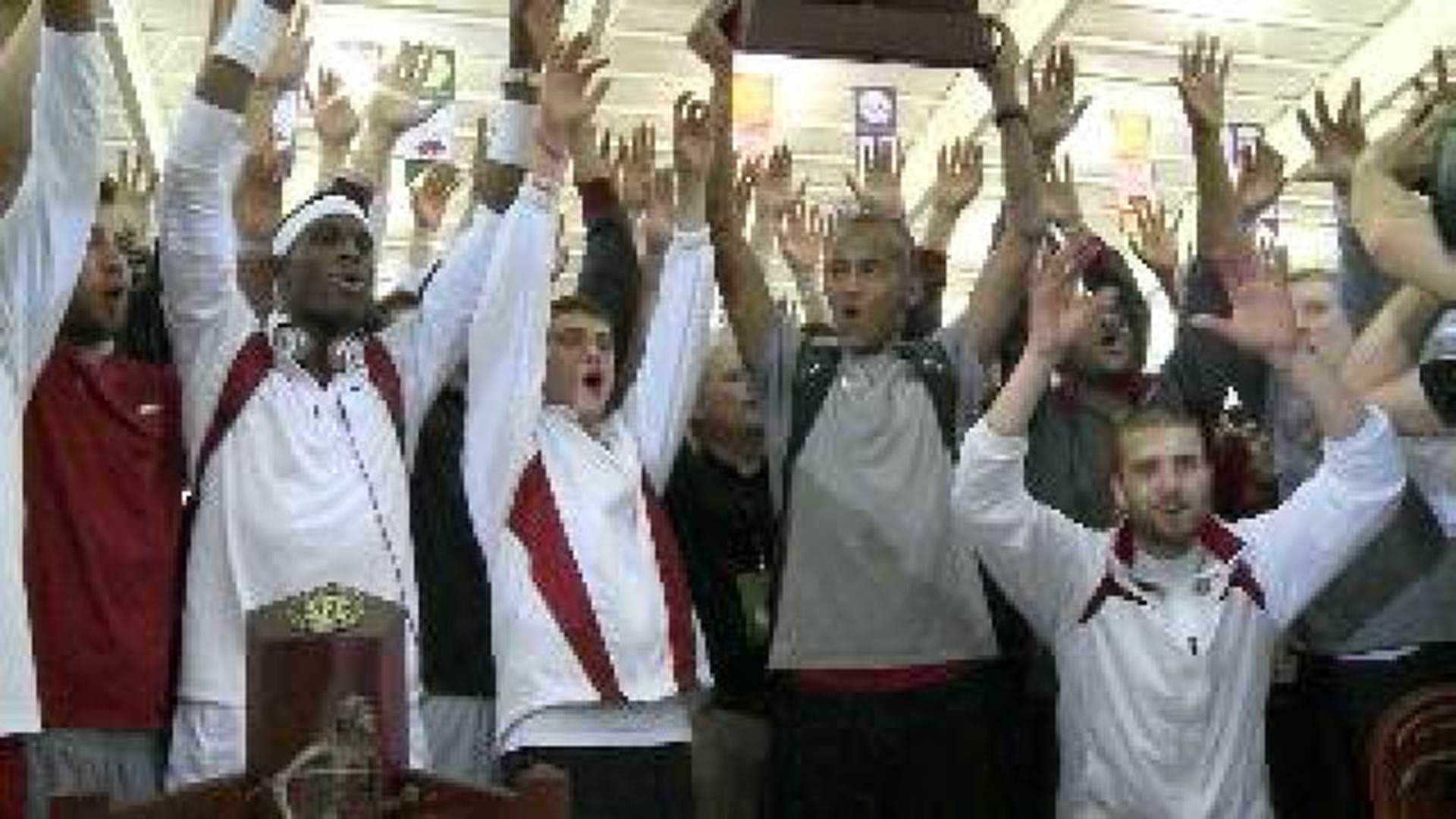 The National Indoor Track and Field Championships are this weekend and the Arkansas men are a huge favorite to win. It’s at home at the Tyson Track Center and not one team has even come close to challenging the Hogs this year.

“We're just keeping our foot down on the pedal,” said head coach Chris Bucknam. That's what we've been doing all year long and we don't want to change anything.”

The SEC Championships two weeks ago were a blowout. Arkansas beat Florida by 35 points, and Florida is expected to be their biggest competition to win the national title. The Hogs are way out in front in the national polls. Everyone expects them to win. It’d be a huge upset if they didn't. So this team is careful about getting over confident.

The Arkansas women can also win a National Championship, but theirs will be much harder to come by. The Hogs squeaked out a win over LSU at the SEC Championship. They come in ranked third nationally. LSU is first, nearly 30 points ahead of them. But the confidence from that meet two weeks ago was huge. Arkansas knows they can beat LSU now. A lot just has to go their way.

“When you get positive strokes or positive momentum it's very much a positive,” said women’s coach Lance Harter.

Arkansas has nine entries in the meet, the fifth highest total in the nation. But LSU will be the team everyone is eying.

“It's a situation where LSU is very formidable and we respect them,” said Harter. “It took a lot to beat them at the conference meet. So they're even more primed for the national meet than they were for the conference.”

The event kicks off Friday with the finals planned for Saturday.