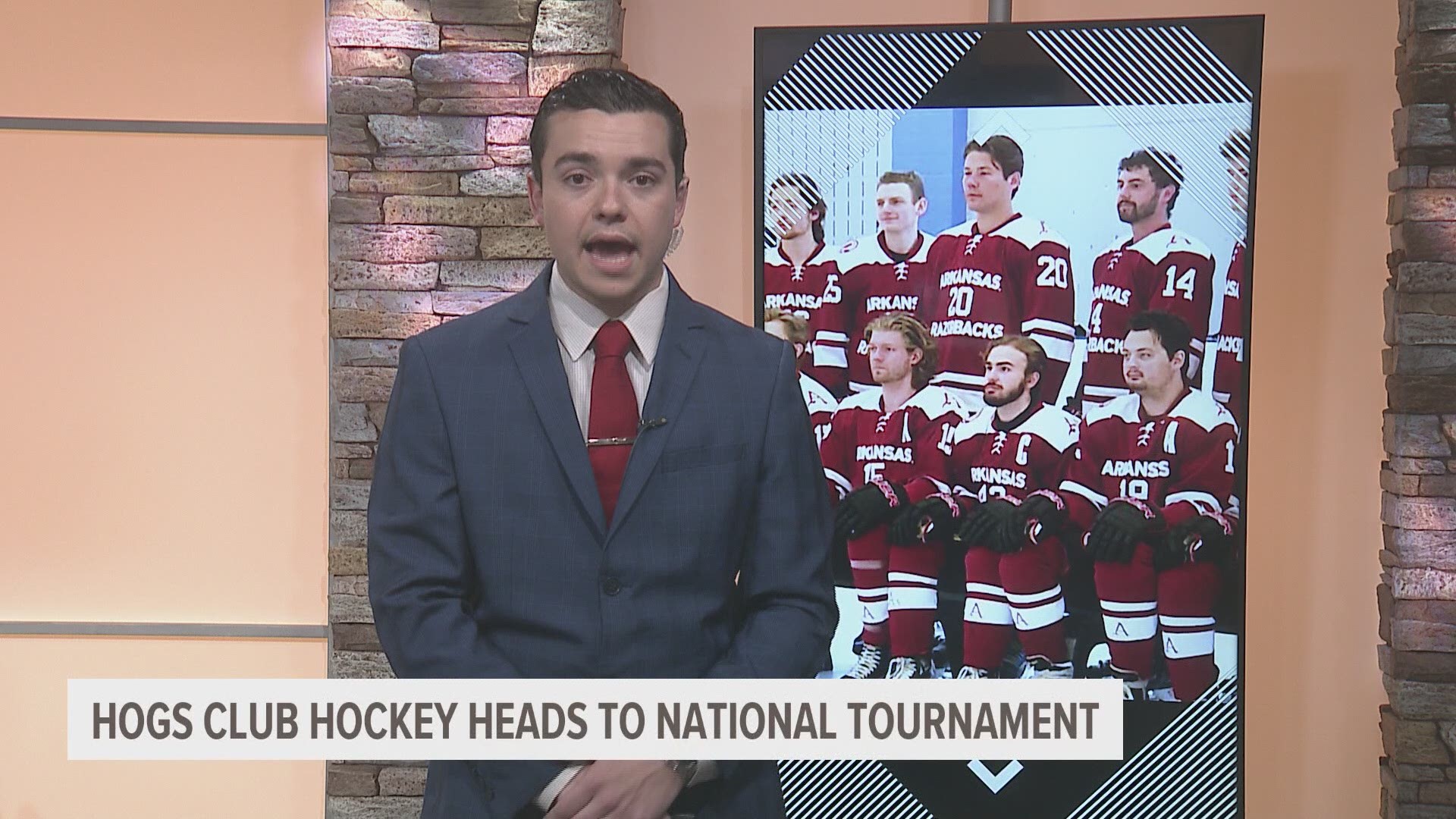 SPRINGDALE, Ark. — The Arkansas club hockey team is headed to Michigan to begin its run in the ACHA National Tournament. The Razorbacks head to the tournament as the third ranked club team in the country.

The Hogs are a perfect 9-0 in 2021 against division three opponents, which is the best record in the country for a club team.

The 2021 season was in doubt due to Covid-19, but a schedule came together and Arkansas now has a shot at a national title.

“I’m just looking forward to playing and the trip, being with the guys and leaving it out," said Deacon.

For Riley and Deacon, this is the seniors final run with the team that for them has become more like a family.

“A lot of guys in the hockey program have been great guys, they are going to be at my wedding right, so it’s the guys you meet at college, you make your friends for life here," said Riley.

But before they reflect on the journey, they have a national championship to go win.

“Every shift matters, every play matters, no plays off and foot on the gas the whole time," said Riley.

Arkansas will begin the tournament on Thursday morning against Dallas Baptist, a team they have already beaten five times this season.