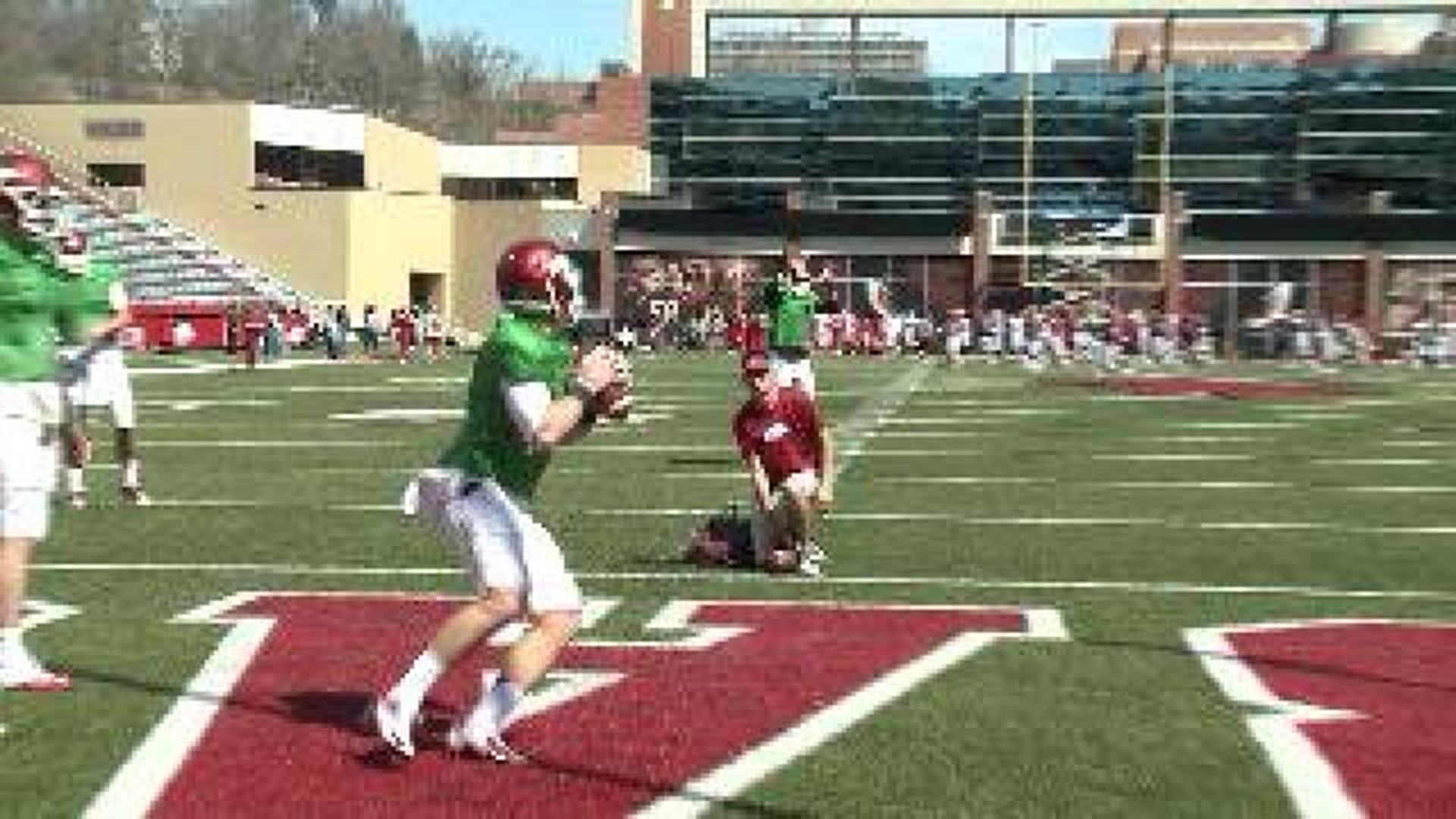 For the first time since Bret Bielema took over as coach, the Arkansas football team opened practice to the public.  More than 1,000 fans showed up at Reynolds Razorback Stadium to see the hogs take the field for their second scrimmage of the spring.

"They came out with really good energy and tempo," said Bielema.  "We made great corrections from last Saturday's scrimmage."

One of the biggest questions coming into the spring season was who would take the reigns at quarterback.  Its been a back and forth battle with both Brandon Allen and Brandon Mitchell seeing time with the first team.

"One day is good  and one day we kind of take a step back," said Bielema about the quarterback situation.  "I think Brandon Allen moved forward all day. He needs to work on his urgency.  Brandon Mitchell continues to impress me. He has a fire in him, he is a great competitor. The quarterbacks need to be the last guys on the field, they need to be constantly asking questions.  I think they are starting to understand that culture more and more."

With a whole new coaching staff the culture of the team has changed since last season. The main reason is every member of the team from the coaches to the players are on the same page.

"From a chemistry standpoint of what I have going on in my staff room is unprecedented for anything I've ever been a part of," said Bielema.  "It's an exciting atmosphere to be around and that with 90 plus players who want to learn its been so much fun so far."