Arkansas downs the dogs in return to SEC play 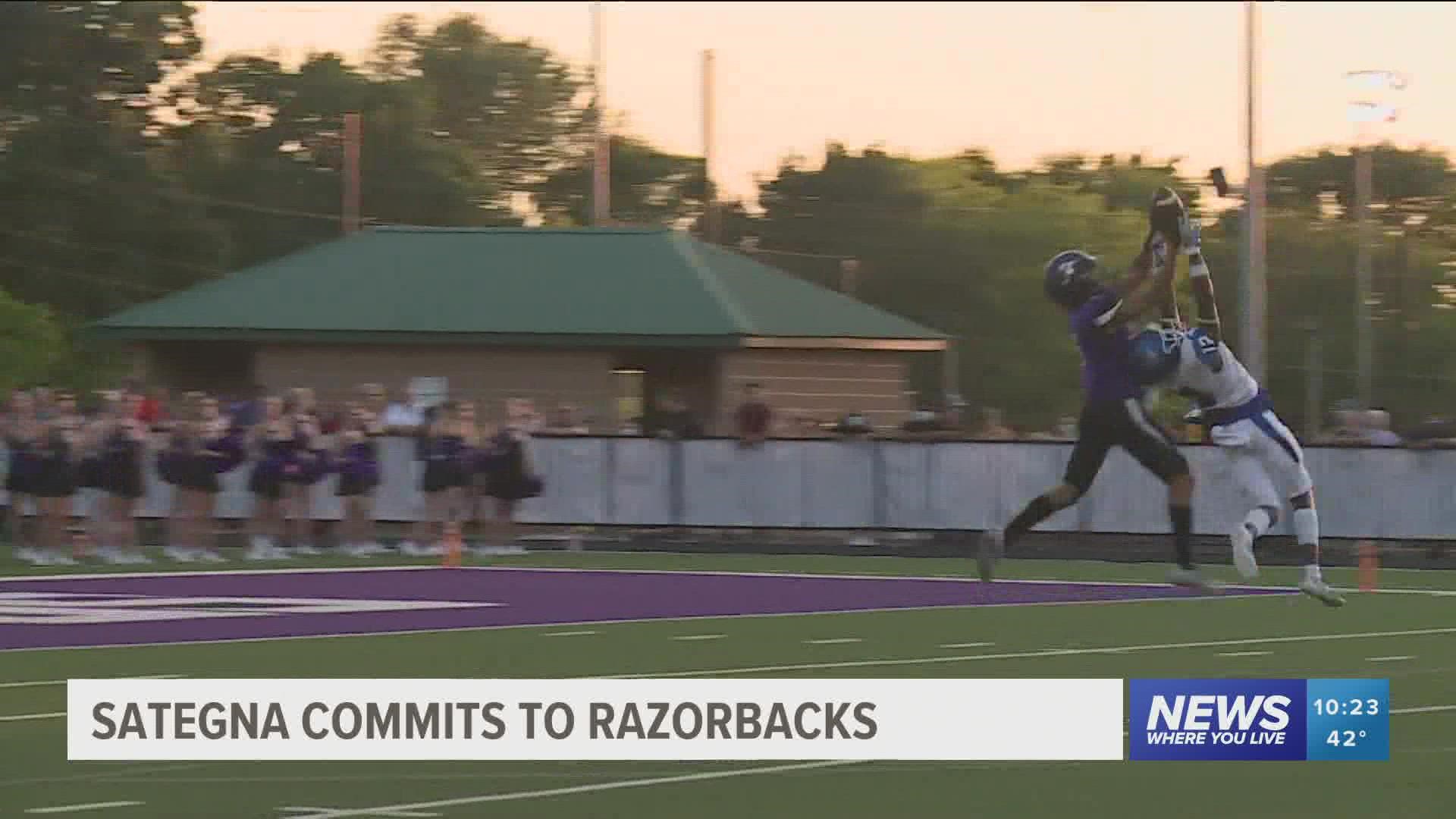 FAYETTEVILLE, Ark. — On Saturday afternoon, Arkansas football knocked off Mississippi State, 31-28 for the second straight season. The Razorbacks returned to form after the bye week and have now won two in a row.

The Hogs are now 2-3 in SEC play and 6-3 on the season. The Razorbacks will next be in action on Saturday against LSU.

Arkansas would drive into Bulldogs territory on their second drive of the game and Cam Little would connect on a 40 yard field goal to break the ice.

The next Razorback drive would see the offense punch it into the endzone. Dominque Johnson got the start at running back and finished the drive with a one yard touchdown run. The Hogs had a 10-0 lead with 3:56 remaining in the first quarter.

On the ensuing Mississippi State drive, Grant Morgan would intercept Will Rogers in Bulldogs territory. It was Morgan's second career interception.

With seven seconds to play in the half the Bulldogs would get on the board. An eleven play, 74 yard drive cut the Razorback lead to 13-7.

Get hydrated and get comfortable. We've got a second half of football to play. pic.twitter.com/JctvmLtV87

The Bulldogs would receive the second half kickoff and drive 86 yards down the field for another Rogers touchdown pass. 14 unanswered points by the Bulldogs saw Arkansas trailing for the first time on the afternoon.

Mississippi State led the time of possession by seven minutes and had 100 more passing yards.

The Hogs would drive down the field and Little would hit his third field goal of the day. This time it was from 51 yards out and Arkansas regained the lead, 16-14.

Arkansas would take a 23-14 lead early in the fourth quarter when KJ Jefferson found Treylon Burks in the endzone. The Bulldogs though would answer right back with a touchdown of their own. It was a 23-21 game with 11:12 to play in the game.

With 2:30 on the clock Mississippi State would convert a 3rd and 8 for a touchdown to take the lead.

The Hogs drove right down the field and Johnson ran for the game winning touchdown with 21 seconds on clock.