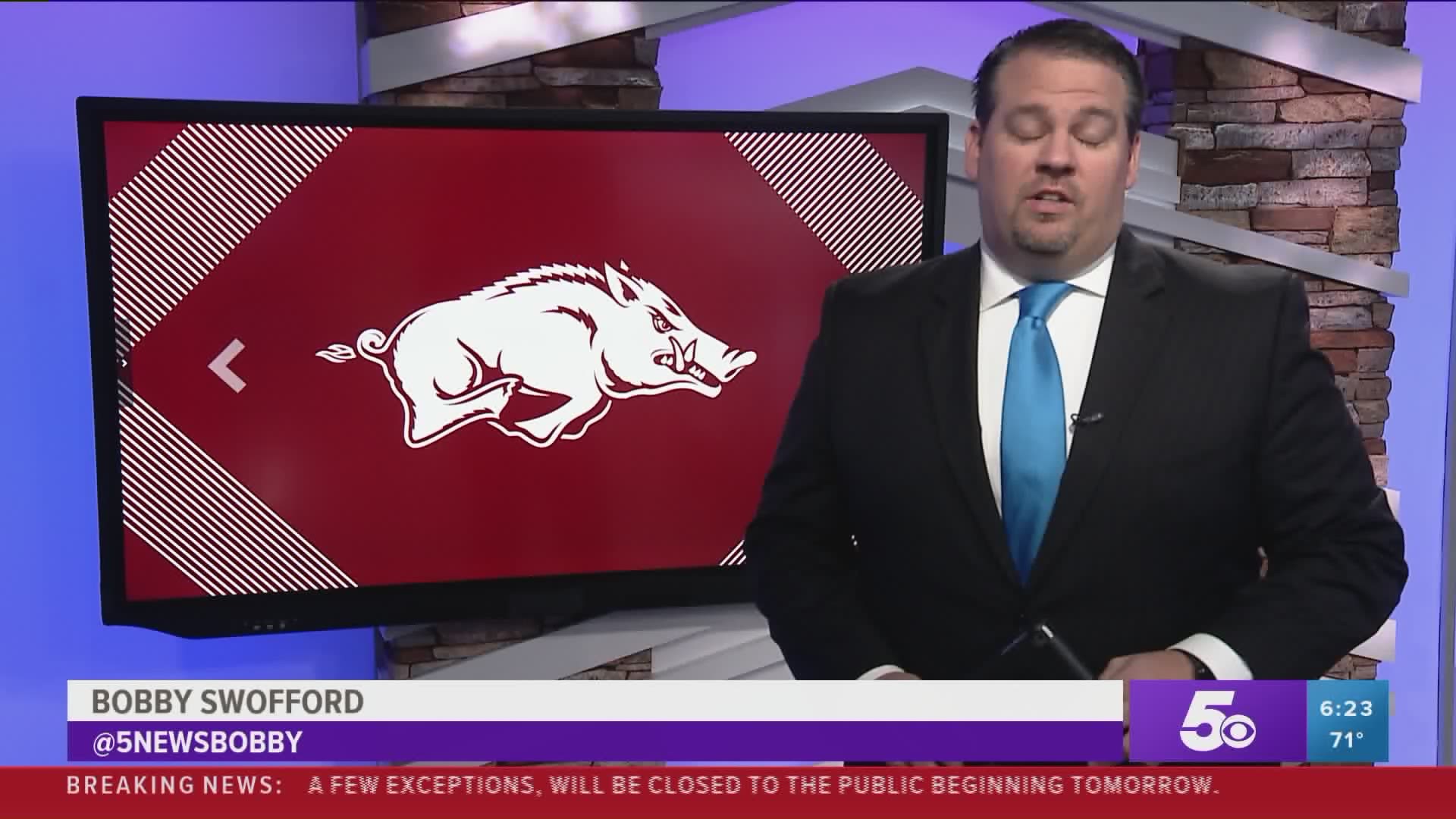 FAYETTEVILLE, Ark. — “You still wake up going well, gotta make plans for one competition or another, and then you hit reality real quick and go oh right, the season is over.”

Lance Harter, legendary women’s track and field coach, is just one of the Arkansas coaches and athletes still grappling with the sudden loss of their season. His counterpart on the men’s side, Chris Bucknam, feels the same.

“It was a stomach punch, there’s no doubt about that. We were warming up on the track last week in Albuquerque, and then to get the rug pulled out from under them, that was pretty tough.”

“You just can’t take anything for granted, and you just never know when something can end, something you’ve done your whole life,” adds softball coach Courtney Deifel. “And a lot of our athletes are like, I’ve never had time off in the spring before.”

The normally stoic Dave Van Horn began to get emotional when talking about how he broke the news to his team.

“The looks on their faces were just devastating really. Normally I stand up when I talk to the team, I sat down. Because it was tough.”

And to add to the levels of frustration and heartbreak, remember this: across the board, Razorback athletics was set up for a monster spring season.

We were loaded, I mean, we have a phenomenal outdoor track team, and obviously that is a moot point as of right now,” sighs Harter.

“I felt like hey, we’ve got a great vibe going, we had proved ourselves at the SEC Championship, so that’s the disappointing thing,” adds Bucknam.

Van Horn had his sights set on a third straight trip to Omaha.

“We just didn’t get to finish the book. We were just starting to gel a little bit, really starting to get our younger players involved on the mound, had won a few games in a row after losing a couple of tight games, it just seemed like things were going good, it was a good feel.”

And for those moving on, there will always be the lingering thought of what could have been. One name in particular stands out to Van Horn.

“Heston Kjerstad, we won’t get the chance to see him swing a bat in a Razorback uniform again, and what a pleasure that was. I think he might’ve broke the home run record before it was over with.”

And everyone involved loses more than just some numbers in a record book. Van Horn speaks for every coach and athlete here.

“I just see it as a way of life, I don’t really see it as a job. For me personally, I miss it already.”