A Night In The Eyes Of An Official

FORT SMITH (KFSM) – There are hundreds of different people on a football field every Friday night. Of course there are the teams and coaches. There are ch... 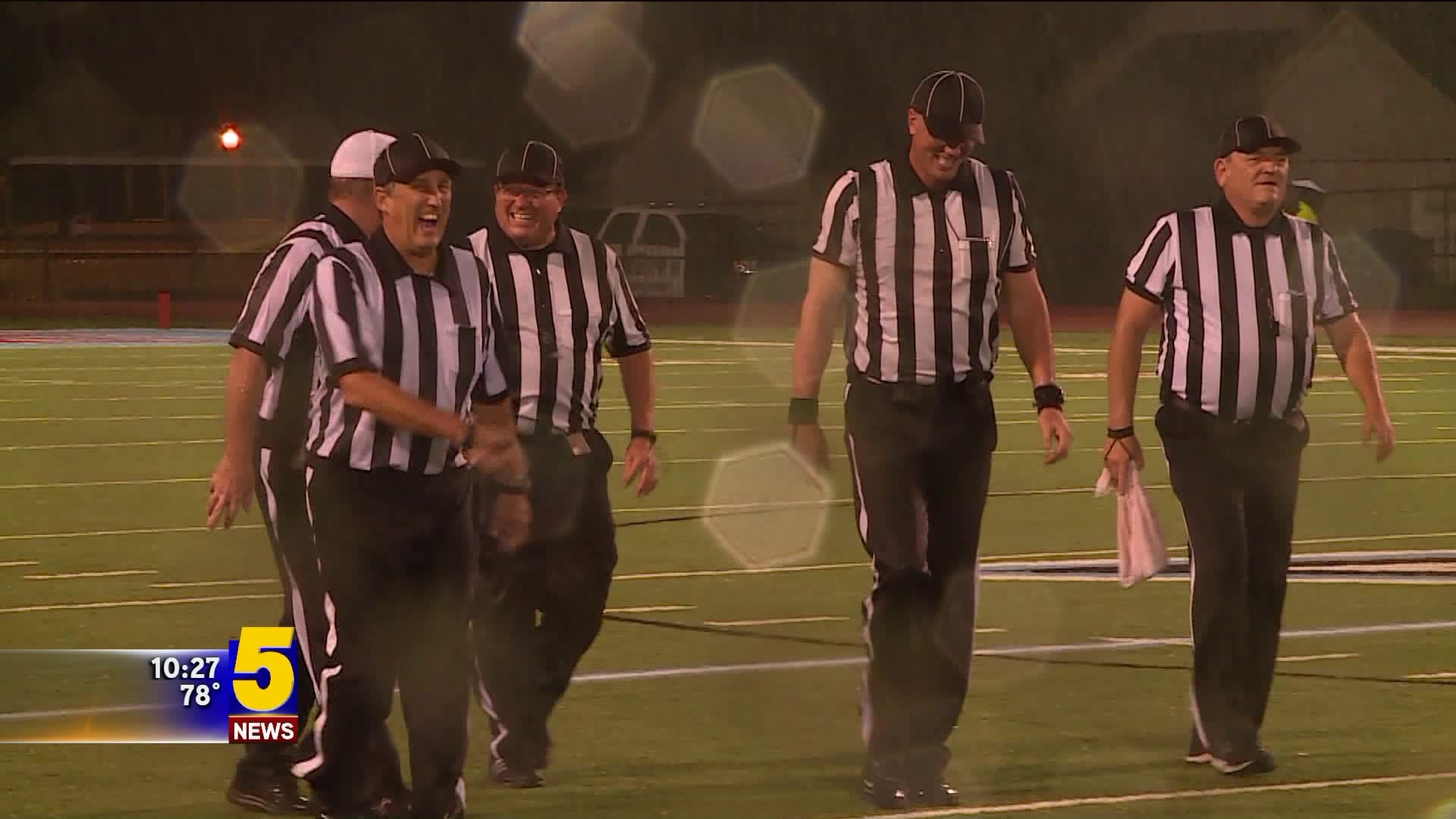 FORT SMITH (KFSM) - There are hundreds of different people on a football field every Friday night. Of course there are the teams and coaches. There are cheerleaders, bands and trainers. But there is one small group who hopes you never notice them.

In high school football in Arkansas, an officiating crew consists of just five members. Those five individuals are in charge of a lot of things ranging from equipment to safety and, of course, they're in charge of throwing those yellow flags fans hate.

"What we don't want to be is officials with an attitude of looking for something to throw a flag on," head referee Lynden Polk said.

Polk wears the white hat for his crew. And it's a crew that's been around the state a few times. In fact, of the five members, they have a combined 154 years of experience in officiating.

John Jenkins is the veteran as he's been roaming fields since 1971. Bill Bock stared in 1985 then Tony Lloyd followed just two years later. Matt Nelson is the rookie of the crew as he's been at it for just six seasons.

"You don't go out there looking for penalties off basis," Nelson said.

Like anything in sports, especially amateur sports like high school football, the officials don't do it for the money or the recognition. In fact, they said they do it for the same reason the players and coach take the field every Friday night.

"Love of sports. Love of competition," Polk said. "Officials have this unusual desire to compete."

"Really enjoy the crew, really being around the guys," Nelson addied. "It's a locker room atmosphere but you also feel a bit of a bond with each other once you get out here too."

There's a whole lot more to a game night for this crew than just showing up at 7:00 p.m. and heading home around 10:00 p.m. The crew arrives about two hours before the game to meet with the coaching staffs and talk strategy.

Like any other position, Polk and his crew are focused on just doing one thing: a good job.

"Our win is satisfaction of a job well done," Polk said.