Bentonville looks for it’s third straight state title, as Springdale tries it’s hand at a third straight win over the Tigers in the 7A state champio... 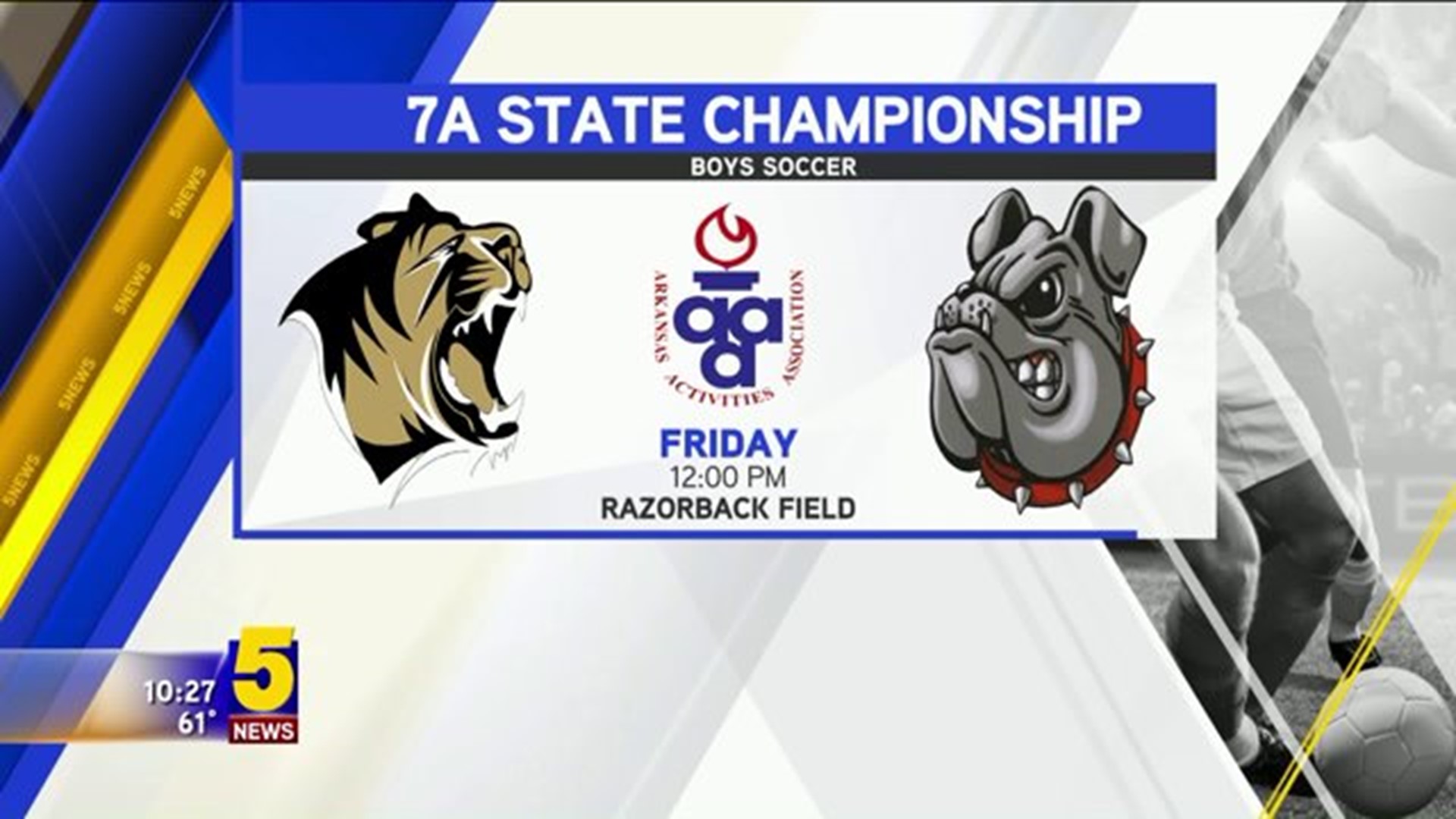 The Bentonville Tigers are looking for their third straight state championship on Friday.

"At the beginning of the season, not many people believed we could get to this moment, and we're just looking forward to taking that title for the third year in a row," Bentonville senior Wyatt D'Spain said.

But the Springdale Bulldogs are looking to beat the Tigers for a third straight time this season and put themselves back on the map.

"We're really motivated to play Bentonville even though we've had a couple of games with them," Springdale senior Leonardo Araujo said. "You know, all these games we came out stronger and better than them, but we can't be confident about it and just do our game and just win."

For the Bulldogs though, it's not about knocking off two time defending champions.

"I just don't see how you could get any more motivated than to play in a state championship game no matter who it was against," Springdale coach DJ Beeler said. "This is a new year, and we're hoping to have a crack at it on Friday."

These two have battled for a top stop in the conference all season long. 'Now, its a battle for the best in the state.

"Both sides are always looking to bring out the best that they have. I think that's what makes this matchup between Springdale and Bentonville so great, is that it's the best of the best going against each other game in and game out," D'Spain said.

"They are pretty good every year. But I mean, this year we just came out as a team, be coachable, do ourselves, be ourselves play as a team, came out and just played strong," Araujo said.

Springdale and Bentonville face of at 12 p.m. at Razorback Field on Friday.