Texas was bounced from the NCAA Tournament as a No. 3 seed Saturday night, 53-52 by Abilene Christian, in a turnover-filled performance. 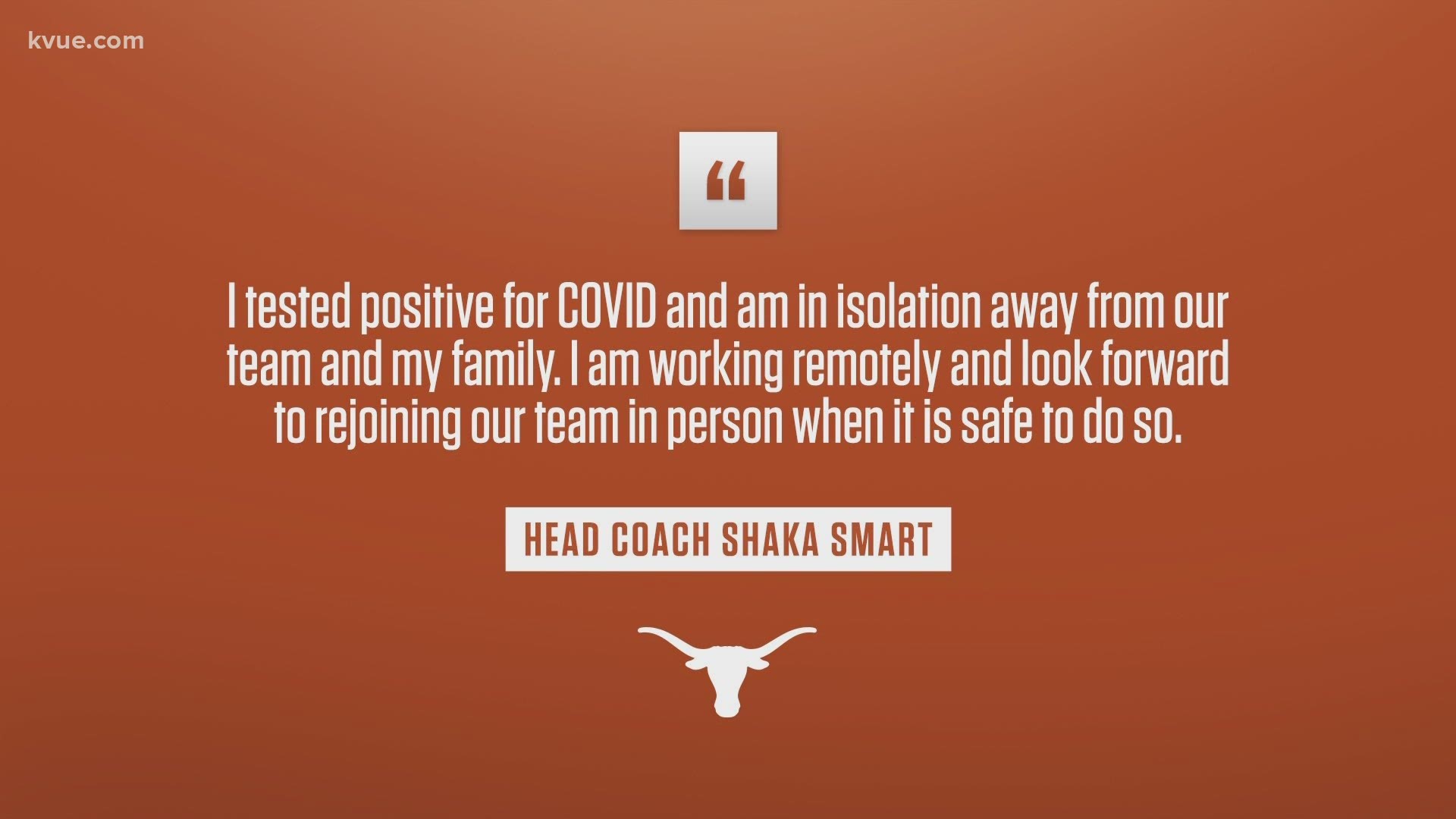 Shaka Smart pulled off one of the most memorable Cinderella runs in NCAA Tournament history, taking VCU from the First Four to the Final Four in 2011.

But as Texas coach, Smart is 0-3 in three tournament appearances during his six seasons. Twice his Longhorns have been knocked out in the first round by mid-majors with improbable last-second finishes.

Texas was bounced from the NCAA Tournament as a No. 3 seed Saturday night, 53-52 by in-state rival Abilene Christian, in a turnover-filled performance that left the Longhorns stunned.

"It feels like a bad dream," senior guard Matt Coleman said. "I haven't woke up yet."

A lot of Texas fans think Smart has been a disappointment in Austin, and wonder if he's worth his $3.2 million salary.

Coleman isn't having any of that.

Smart is 109-86 at Texas. He seemed like a slam dunk hire in 2015 after he had turned VCU into an NCAA Tournament regular. But even with the Rams, he never was able to come close to repeating the magic of 2011.

His first season with the Longhorns ended in the first round of the NCAA Tournament when Northern Iowa's Paul Jesperson hit a buzzer-beating, half-court game-winner. That Texas team was seeded sixth.

This one was coming off Smart's best season in Austin and the school's first Big 12 Tournament title.

That made the meltdown on offense against 14th-seeded ACU even more shocking and painful. Texas (19-8) was held to a season low in points and turned the ball over 23 times — the most for the program in eight years — against a Southland Conference team that led the nation in takeaways.

"We certainly could have done a much better job being sound with the ball, but they deserve a ton of credit the way they forced turnovers," Smart said.

Abilene Christian shot only 29% from the floor, but made some wild, banked-in drives to stay ahead of the Longhorns most of the way in the first meeting between the schools.

"The best teams find a way to get beyond that," Smart said.

Andrew Jones, a Leukemia survivor and one of the best stories in college basketball, made a 3-pointer to give Texas a 52-51 lead with 13.8 seconds left. It looked as though Texas would escape when ACU's last drive to the hoop was blocked. But then Coleman fouled Joe Pleasant on the rebound with 1.2 seconds left and the 58% foul shooter made them both.

Pleasant picked off a desperation pass at midcourt to seal it, and the Wildcats went nuts as Texas trudged off.

"Really feel for our guys right now because up until tonight we had a phenomenal season," Smart said. "This isn't the way any of us envisioned it ending."

RELATED: And then there were none: All March Madness perfect brackets busted