Witt Jr. and Pratto tied a top the league lead in homers 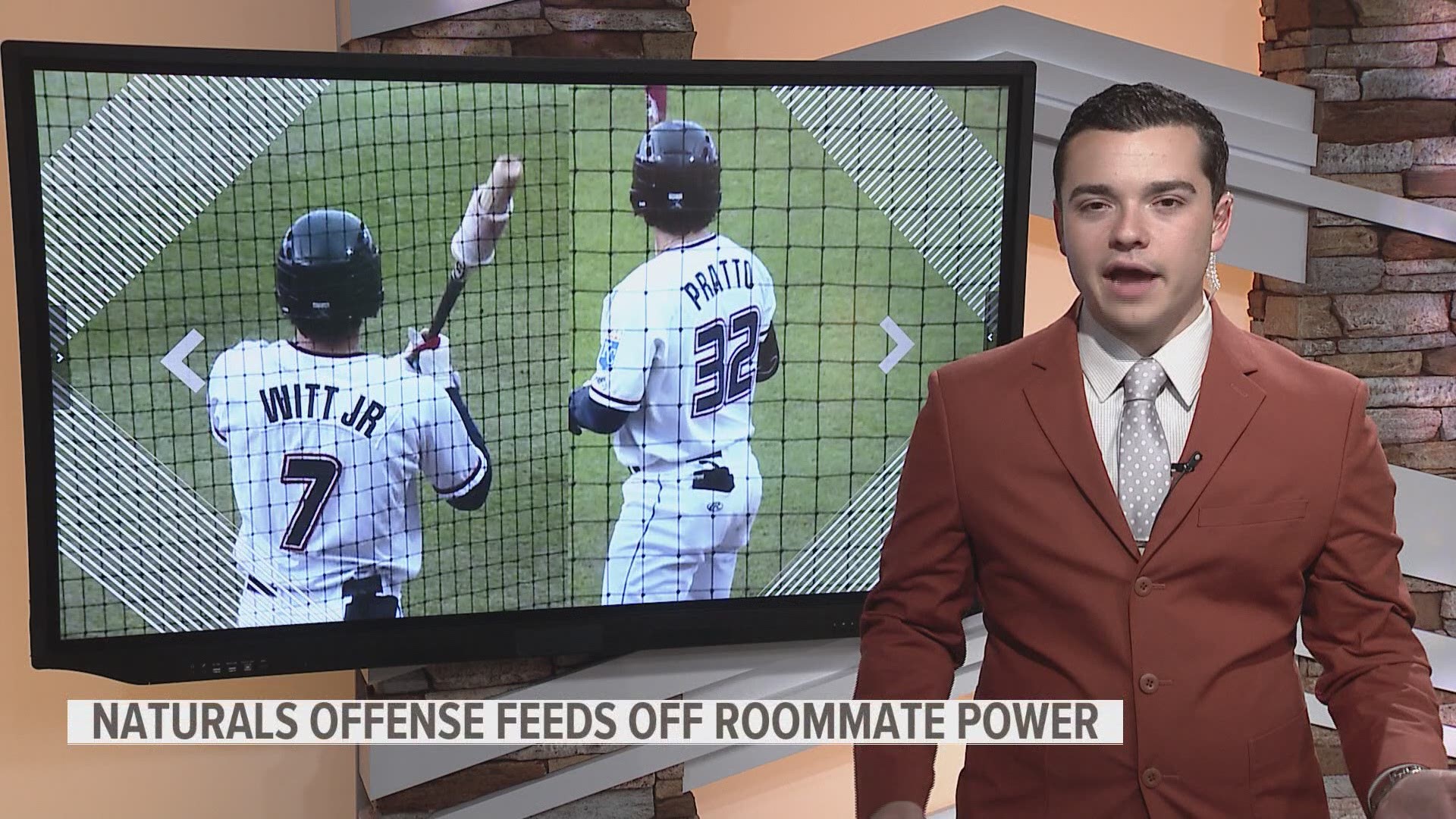 “It’s going to help me out in the long run just being here and then keep going," said Bobby Witt Jr.

Over the first month of the season the former second overall pick has played long ball, tied for the league lead with ten home runs.

“It’s my first real taste of what minor league baseball is all about and I’m love it, embracing it, and learning a lot each and every day," said Witt Jr.

The other player on the team with ten home runs is Witt's roommate, Naturals first baseman Nick Pratto.

“I’m grateful for a hot start and to get my feet under me the team is really coming around right now," said Nick Pratto.

The bond between these two began the day Witt first became a part of the Royals organization.

“One of the first few guys that texted me after I was drafted, I knew about him so we got to know each other pretty well," said Witt Jr.

ROOMIES GO BACK TO BACK 💪💪

Nick Pratto ends a 10-pitch at bat by mashing his league-best 8th homer of the season to right field!

Now, on the same team for the first time, the two have created a bond that goes well off the field.

“I see to be the target of the pranks probably because I’m the least creative of the bunch," said Pratto.

“We like to mess around but it’s all good stuff between us," said Witt Jr.

On the field, the hottest hitters in the Naturals lineup are anything but a joke.

“It seems like every winning team I’ve been on and there are those relationships that glue the team together," said Pratto.

“It’s always good to see anyone on your team do well, that’s another thing the Royals preached is be the best teammates you can possibly be," said Witt Jr.

Sooner rather than later don’t be surprised to see these teammates doing the same thing in Kansas City.

“It’s special for sure, this is what we hope for in the future as well," said Pratto.

RELATED: 4th at the Field fireworks show returning to Arvest Ballpark this summer