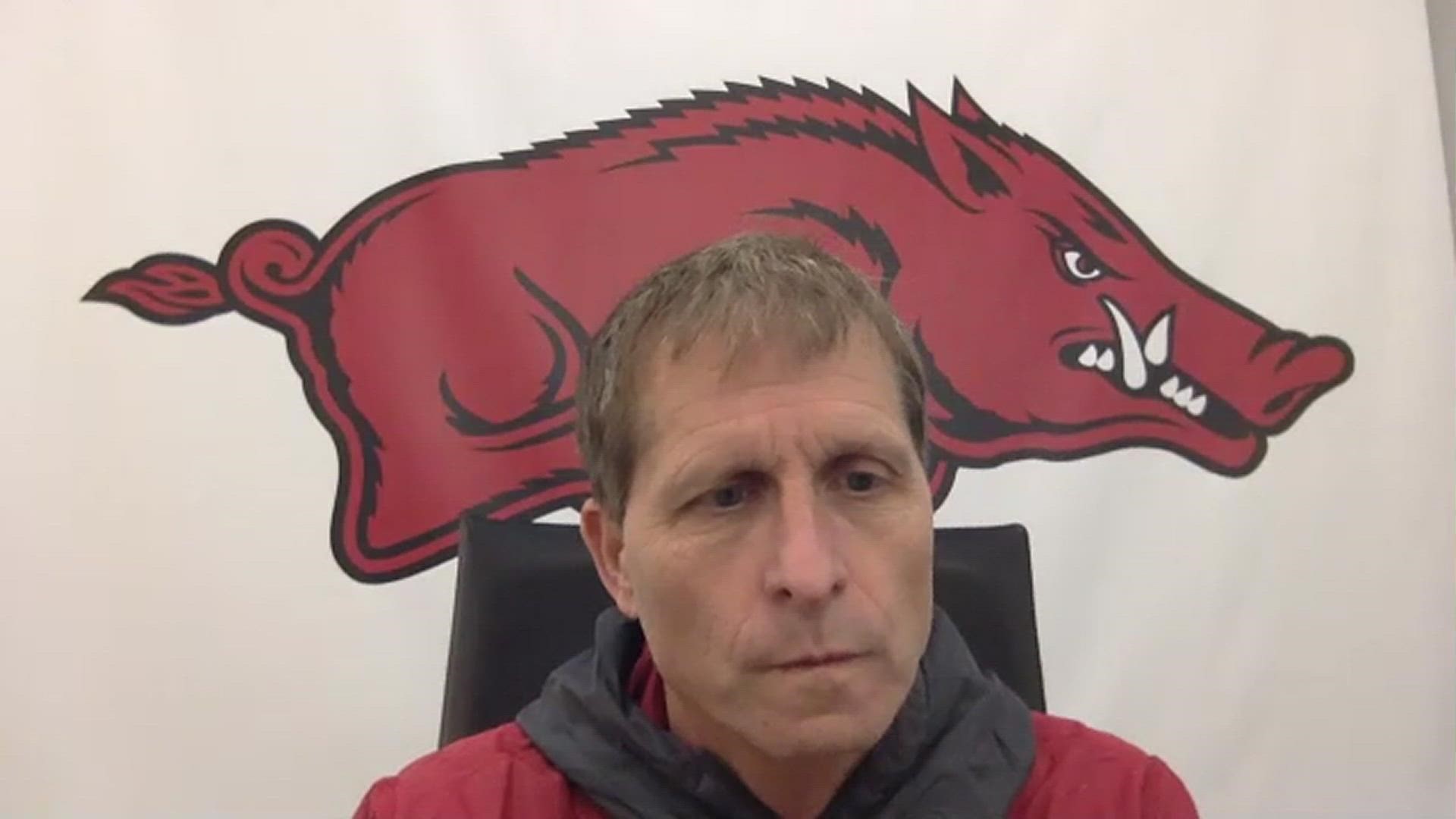 Moore, a 6-5 guard from Georgia, is ranked 44th nationally according to ESPN.com and the ninth-best small forward in the country. Mawein, a 6-9 forward attending Navarro (Texas) College, is rated by 247Sports.com as the fourth-best junior college recruit in the nation and the best power forward. Mawein, who hails from Sydney, Australia, played his junior and senior seasons of high school at Little Rock’s Southwest Cristian Academy.

Participated in the Coach Wootten’s Top 150 Showcase in October 2020 … Transferred to McEachern mid-year as a junior and helped the squad reach the Georgia 7A semifinals … Averaged 21.7 points and 5.8 rebounds … Came to McEachern from Holy Innocents Episcopal HS in Atlanta and Chamblee HS prior to that … As a sophomore at Holy Innocents, named first team Class A Private All-State by HoopSeen.com and second team by the Atlanta Journal-Constitution … Was the Region 5-A North Player of the Year … Tabbed the Class A Private Sophomore of the Year by HoopSeen.com … Averaged 20.2 points and 7.0 rebounds.

Welcome to The Hill @Chance3303! Excited for you to join our @RazorbackMBB family! pic.twitter.com/NIRJGx81YP

247Sports rates him the best JuCo power forward in the nation and the fourth-best overall prospect in the country … Ranked the fourth-best Juco recruit in the nation by jucorecruiting.com … Averaged 13.5 points and 5.0 rebounds as a freshman at Navarro … Made 21-of-64 3-pointers … Tallied two double-doubles while scoring 20-plus points in six of his last 14 games including a season-high 31 points versus Paniola.

Born in Sudan before moving to Egypt and then to Australia … Came to the United States to play high school basketball.