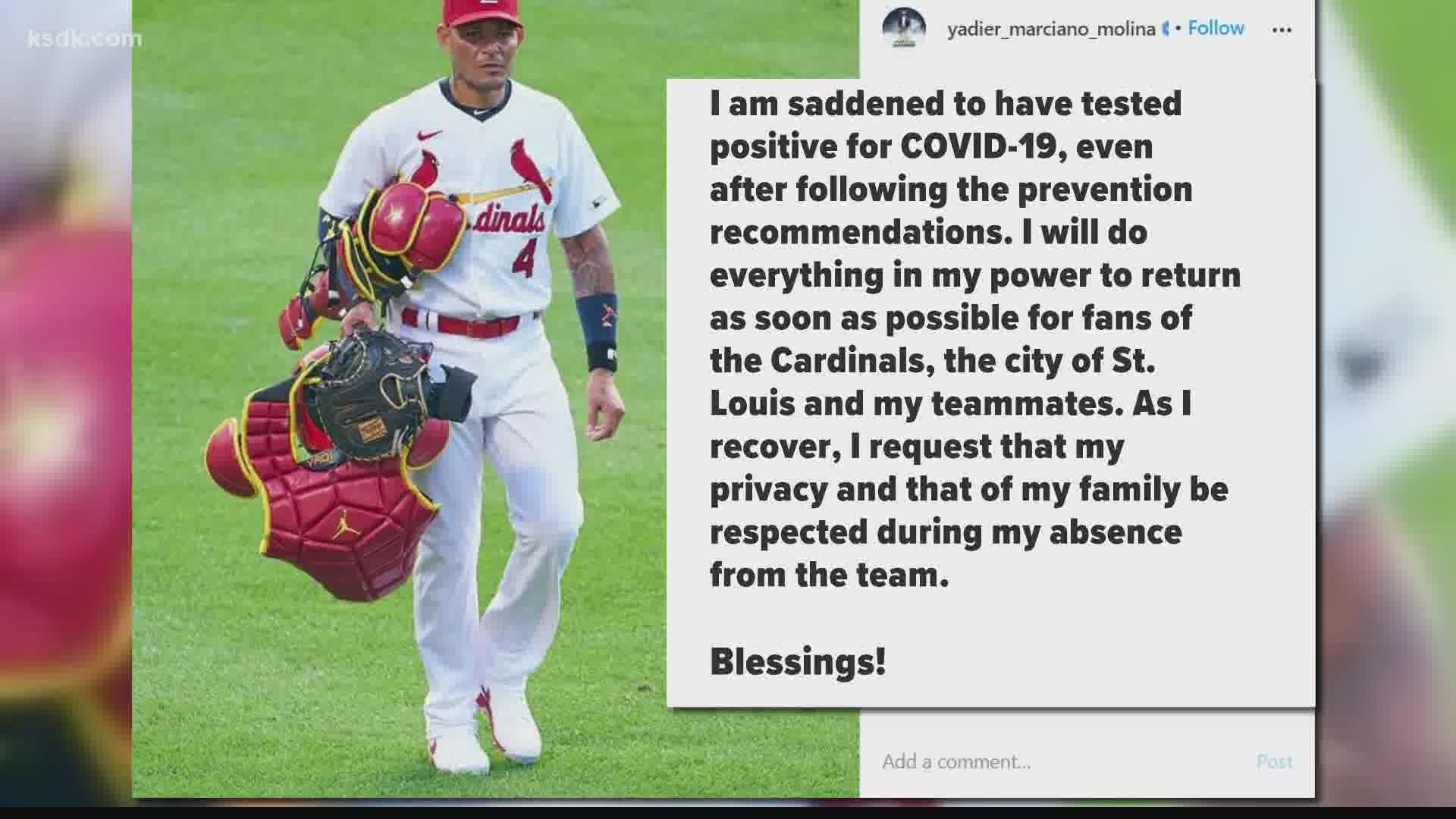 On Monday, the Cardinals reported 13 members of the organization have tested positive for the virus, seven players and six staff members.

The team canceled its series this week in Detroit and plans to play again on Friday at home against the Chicago Cubs.

"Good morning I am saddened to have tested positive for COVID-19, even after following the prevention recommendations. I'll do everything in my power to get back ASAP for Cardinals fans, the City of St. Louis and my teammates. As I recover, I request that you respect my and my family's privacy during my absence from the team. Blessings!," Molina said on Instagram, translated from Spanish.

On Monday, Cardinals President of Baseball Operations John Mozeliak said the members of the team who had tested positive had already driven back to their homes in St. Louis.

The team released the names of five other players who tested positive: Paul DeJong, Edmundo Sosa, Rangel Ravelo, Junior Fernandez and Kodi Whitley. All players authorized to have their names released. One player remains unidentified.

Mozeliak said of the 13 who tested positive, five were asymptomatic as of Monday, and eight were experiencing symptoms. Molina did not specify on Instagram if he was experiencing any symptoms.

Molina is in his 17th season with the Cardinals, and has won two World Series championships, nine gold gloves, a silver slugger award and has been a nine-time all-star.