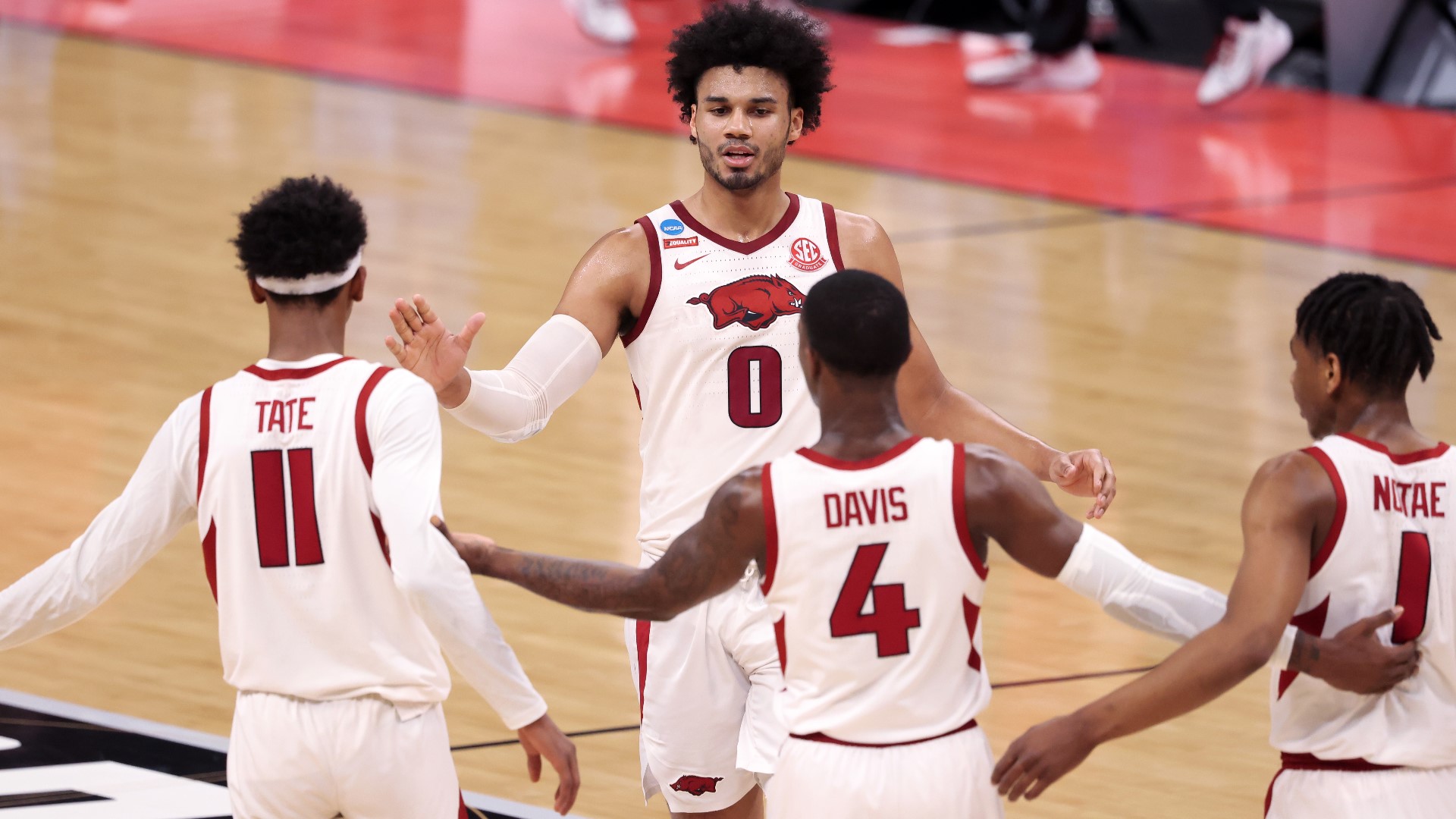 FAYETTEVILLE, Arkansas — Justin Smith's time in Fayetteville was short, but it was memorable. And now, it's over.

The Arkansas forward announced his draft decision Sunday, saying that he will forego his final year of collegiate eligibility, hire an agent, and enter the 2021 NBA Draft.

Smith tweeted out a statement just before 6:30 p.m. Sunday night that read:

"Dear Arkansas, this year was full of challenges for all of us, but I am proud that our team was able to overcome and find so much success. History was made, and this team will never be forgotten. A special thank you to my friends, family, and all others who have supported me thus far in my career. To Coach Muss and the rest of the staff, thank you for pushing me to be a better player each and every day. To my teammates thank you for believing in my and fighting alongside me game in and game out.

"It has been a lifelong dream of mine to play professional basketball and after talking to my family and the coaching staff, I have decided to forego my extra year of eligibility. I will begin my professional career by hiring an agent and entering the 2021 NBA Draft. WOO PIG!"

Smith made an immediate impact in his lone year with the Razorbacks, averaging 13.6 points and 7.2 rebounds per game, helping guide the Hogs back to their first Elite Eight since 1995.

Eric Musselman thanked Smith for his contributions, responding via tweet.

Thanks for trusting and believing in Arkansas! What an incredible season both for you individually and as a team. Can’t wait to watch and follow you at the next level! Razorback for life #OneRazorback

As good as he was in the regular season, Smith was even better in postseason play, scoring 18.5 points and grabbing 7.5 rebounds in two games in the SEC Tournament.

Playing in his first NCAA Tournament, Smith made the the minutes count, posting a 27-point, 12-rebound double-double in the Hogs' opening round win over Colgate, followed by a 20-point, six-rebound performance against Texas Tech.

He again went for a double-double against Oral Roberts with 12 points and 14 boards, before finishing his Razorback career with 10 points and six rebounds in the loss to eventual National Champion Baylor.