The former UGA quarterback said 'there's no excuse for that word choice and sentiment' in a text message conversation circulating online. 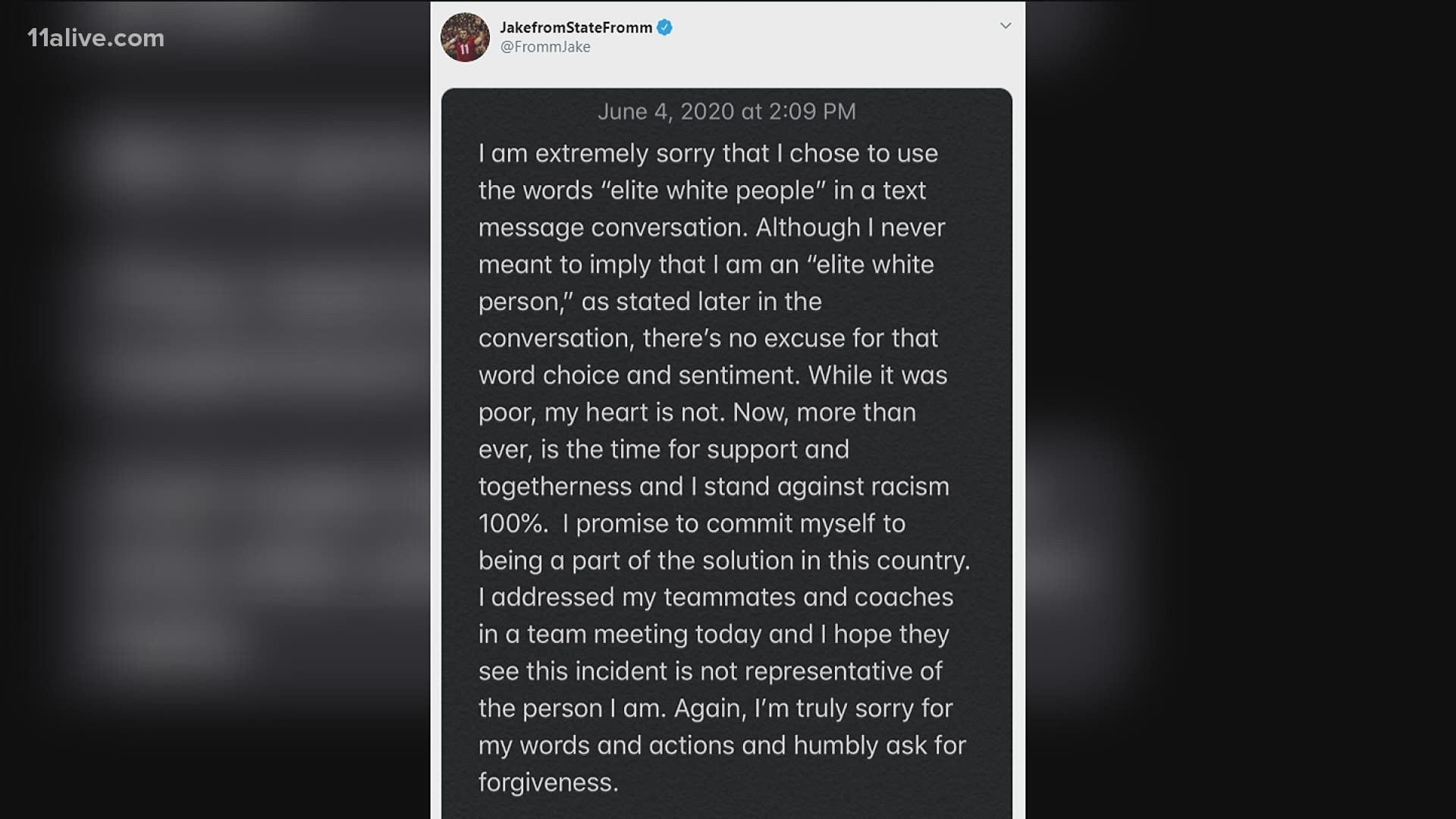 ATLANTA — Former UGA quarterback Jake Fromm issued an apology Thursday after a text message circulated in which he referred to "elite white people."

11Alive cannot independently confirm the text messages themselves. They appeared to originate with a Twitter user who was posting screenshots of a text conversation between Fromm and her sister.

When 11Alive Sports reached Fromm's representatives to confirm the circulating texts, they said "this is not a great time."

Fromm's statement, however, confirmed at least some of the words that were used.

"I am extremely sorry that I chose to use the words 'elite white people' in a text message conversation," he wrote. "Although I never meant to imply that I am an 'elite white person,' as stated later in the conversation, there's no excuse for that word choice and sentiment."

The apology went on to add: "While it was poor, my heart is not. Now, more than ever, is the time for support and togetherness and I stand against racism 100%. I promise to commit myself to being a part of the solution in this country. I addressed my teammates and coaches in a team meeting today and I hope they see this incident is not representative of the person I am. Again, I'm truly sorry for my words and actions and humbly ask for forgiveness."

The screenshots on Twitter showed Fromm referring to gun suppressors, also referred to as silencers, and how they should be priced so that only "elite white people" can obtain them.

We asked them why they're protesting in Atlanta. This is what they said.