Latest step for Panthers earns them Team of the Week 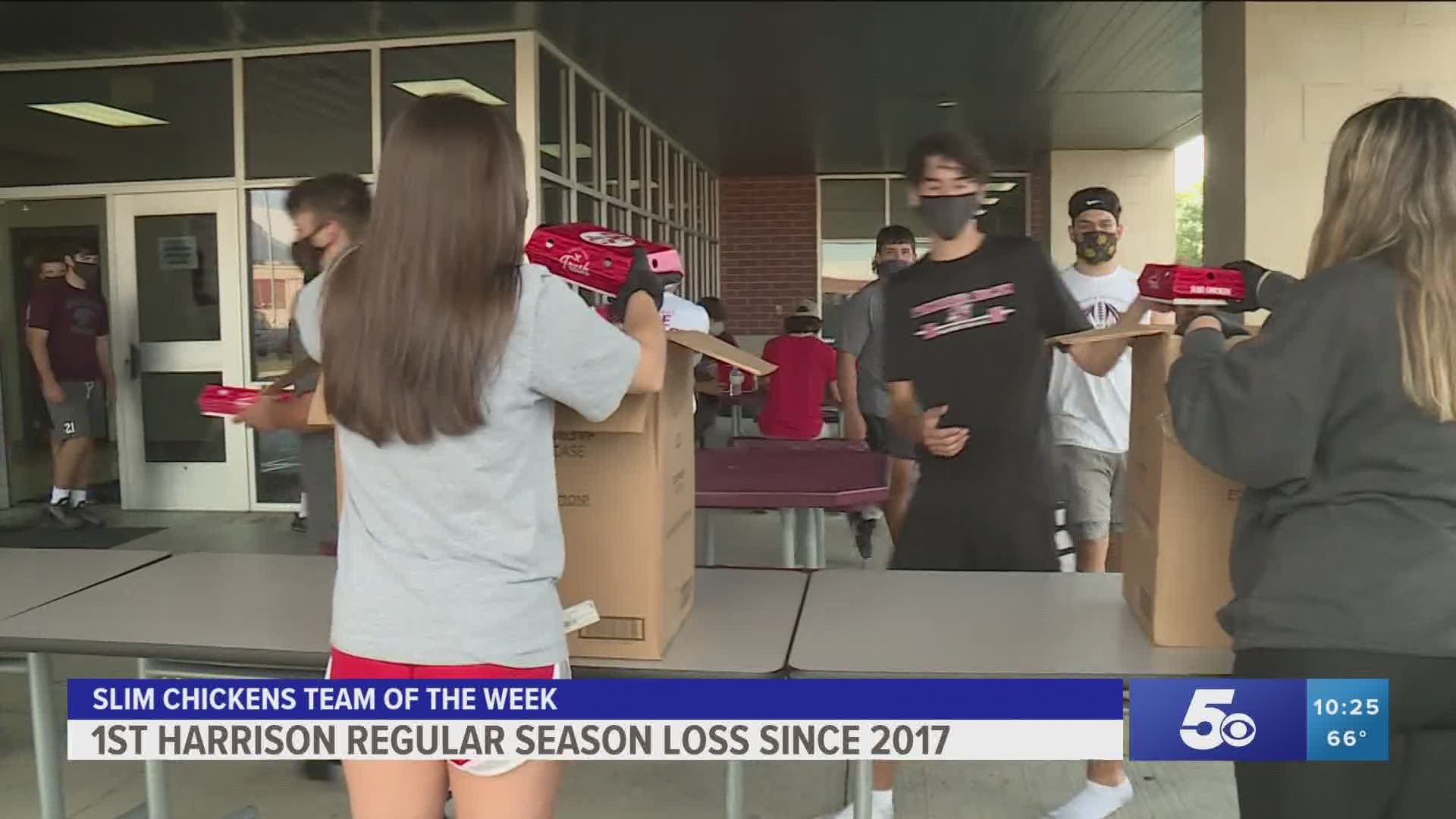 SILOAM SPRINGS, Ark. — Many times, the Slim Chickens Team of the Week goes to a milestone win, a huge individual performance, or building a winning streak. This week, the chicken is headed to the Panthers of Siloam Springs, not for building a big winning streak, but for putting a stop to a couple.

“It’s really big for our town and our community. Harrison’s a really big rival for us, and it’s a big win for us,” says quarterback Hunter Talley

“It’s big for us especially, because the seniors had never beaten them,” says senior Camden Collins.

“Us seniors hadn’t been able to do it yet, as a senior class it’s a big win for the community,” adds fellow senior Jared Clark.

It was the first time anyone has beaten Harrison in the regular season since 2017.

“We take pride in knowing that we’re the one’s who broke it. Just to be a part of a team that does something like that is really special,” says head coach Brandon Craig.

It’s another step for the Panther program under Craig, who brought the team back to the playoffs his first season, then lead them to their first playoff victory in five years. Finally beating Harrison is all part of that process, and Craig’s excited.

“We’re just taking steps in the right direction. Look at last year, we won three out of the last four games, add that up now we’ve won five of the last seven games. It’s exciting to be part of that change, and our kids grow in confidence and continue to get better each week.”

Big wins get you confidence, and being named Slim’s Team of the Week, that get you chicken.

“Nothing like getting done with practice and there’s a bunch of chicken there.”