Tigers not satisfied with just another conference title 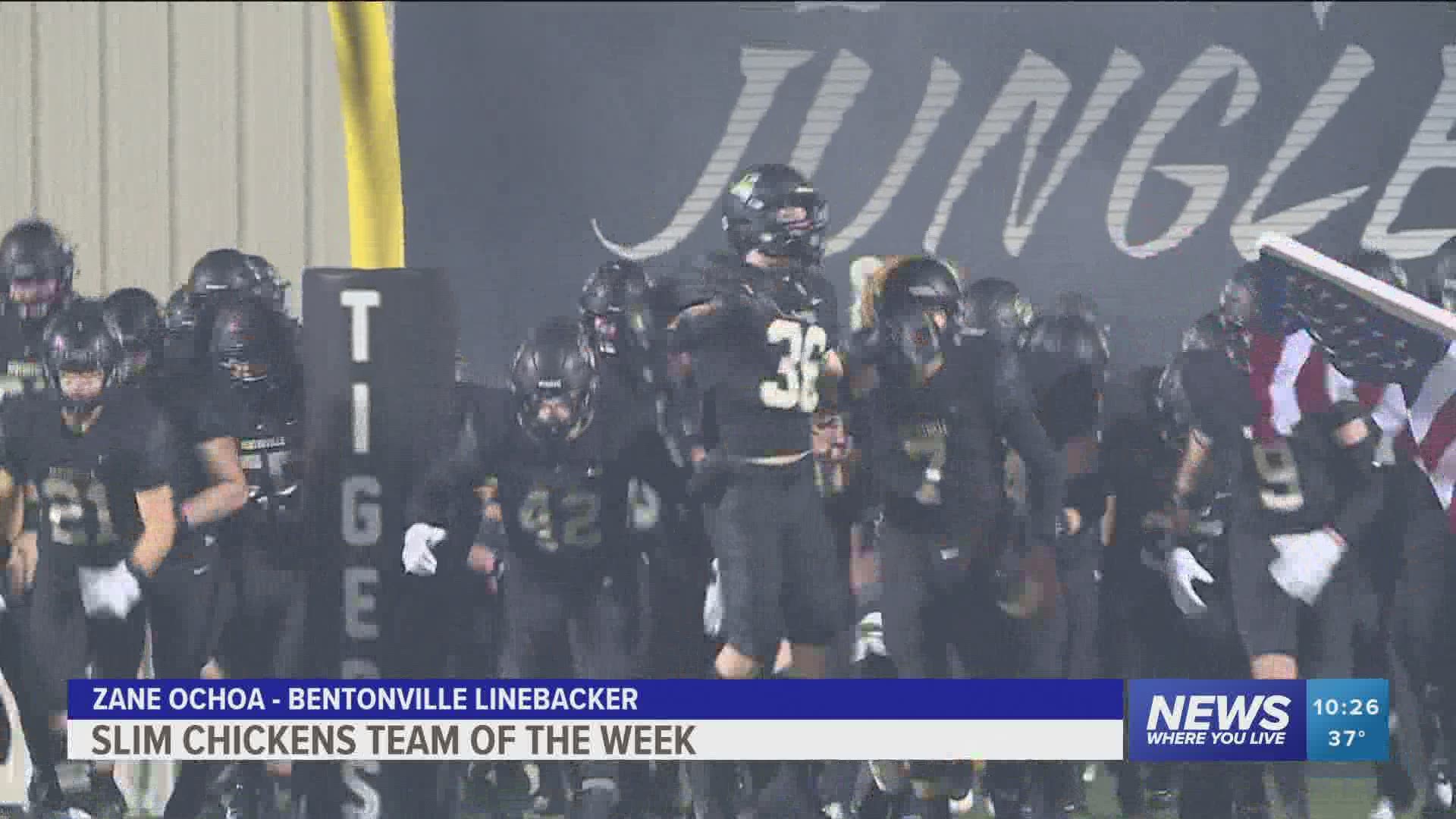 BENTONVILLE, Ark. — During the first quarter on Friday, Bentonville West marched confidently down the field and took a 7-3 lead over Bentonville. For a moment, cracks seemed to show in the Tiger machine. That lasted until the moment Bentonville first touched the ball again.

“That was my favorite play,” says head coach Jody Grant. “Anytime you see a guy take it 97 yards after they had just scored, it was kind of a momentum swinger and we just took it from there.”

Chas Nimrod’s kickoff return touchdown sparked a 41-0 run for Bentonville, clinching the game and so much more.

“It was sweet,” admits Grant. “Anytime you can beat your rival and clinch a conference title and go 10-0 and get the number one playoff seed and secure home-field advantage, all that is positive so it was good.”

For five years in a row now, Bentonville has beaten their crosstown rival and won a 7A-West championship. They haven’t lost a regular season conference game since 2016. For a program like Bentonville, all of that is just step one.

“It feels good, but we know what we have to do in the playoffs,” says senior quarterback Andrew Edwards.  “We know we’re about to play some really good teams, so we just have to use that confidence and take it into the playoffs.”

This senior class has never lost a conference game or not won a conference title. But the ultimate goal has eluded Bentonville since 2014, and that leaves them unsatiated for now.

“The team’s very hungry, I’d say as hungry as we’ve ever been,” adds senior linebacker Zane Ochoa. “That ring is all we can really think about right now. We’ve got to get through all these other people first, but we’re taking it week by week.”

For now, some Slim Chickens will help to alleviate that hunger, but Bentonville’s appetite won’t truly be satisfied until they’re back in Little Rock. That road starts with a bye this week before Bentonville faces the winner of Cabot and Rogers in the quarterfinals.