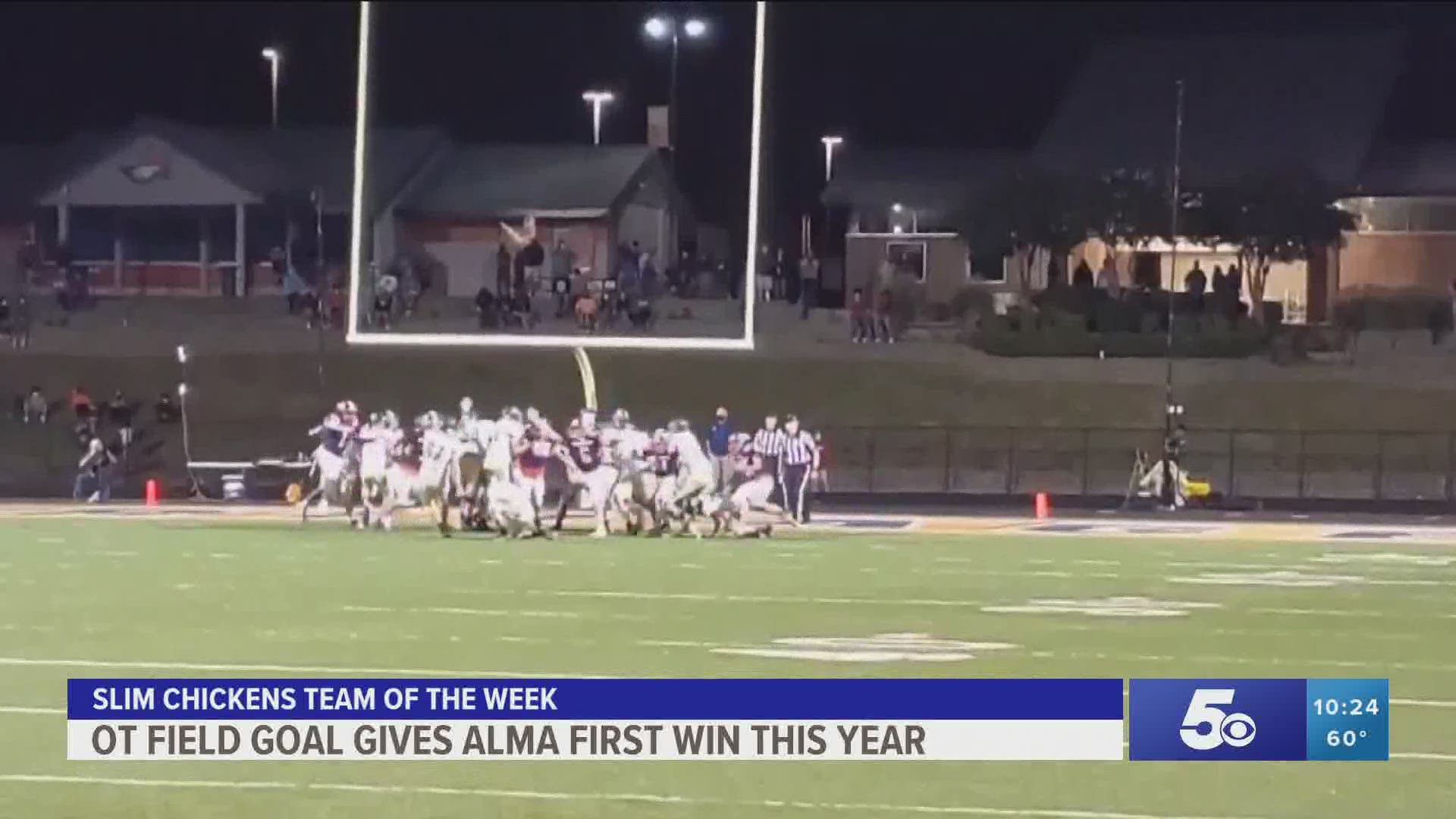 ALMA, Ark. — Down a score in the fourth quarter at Rogers Heritage, the Alma Airedales needed to fight to avoid an 0-3 start to Rusty Bush’s first year as head coach. Staunch defense and timely offense got the game tied by the end of regulation.

“I felt pretty confident going going into it,” says Bush, “but I did look up at one point and say, why overtime in my third football game ever,”

It all came down to the leg of kicker Dane Martin.

“I was nervous, I was pretty scared,” admits Martin.

“It was pretty nerve-racking, it was the first overtime of my high school career,” adds senior Jacob Coursey.

Then came the snap, then the kick.

“I just got up there, did my job, and kicked,” smiles Martin.

Coursey was on the line for the kick.

“I looked up and it was going right down the middle, so I just started going crazy.”

“I did raise both hands up, I kind of took in the moment,” says Bush.  “I think I stood in the same place for 15-20 seconds, because it’s not about me, it’s about the kids and the community and those people celebrating.”

So Rusty Bush earns the first win of his head coaching career, in walk off fashion, and Alma gets some chicken, courtesy of Slims.

Bush shifts the spotlight to the players.

“I’m excited for these kids, cause they deserved a win, and it’s more about them then it is about me, and those kids had a lot of resiliency in pushing through to get their first win of the season>\.”

Now, the focus turns to the conference season, and turning a first win into a first winning streak.

“We desperately needed that win,” admits Bush. “It wasn’t going to be an end al, but any time 16-17 year-olds can get confidence rolling into conference play, you cant wish for anything more than that.”

The Airedales take on the Pea Ridge Blackhawks Friday night, but for now, the only bird on their mind was some Slim Chickens. Those are the perks of being Team of the Week.