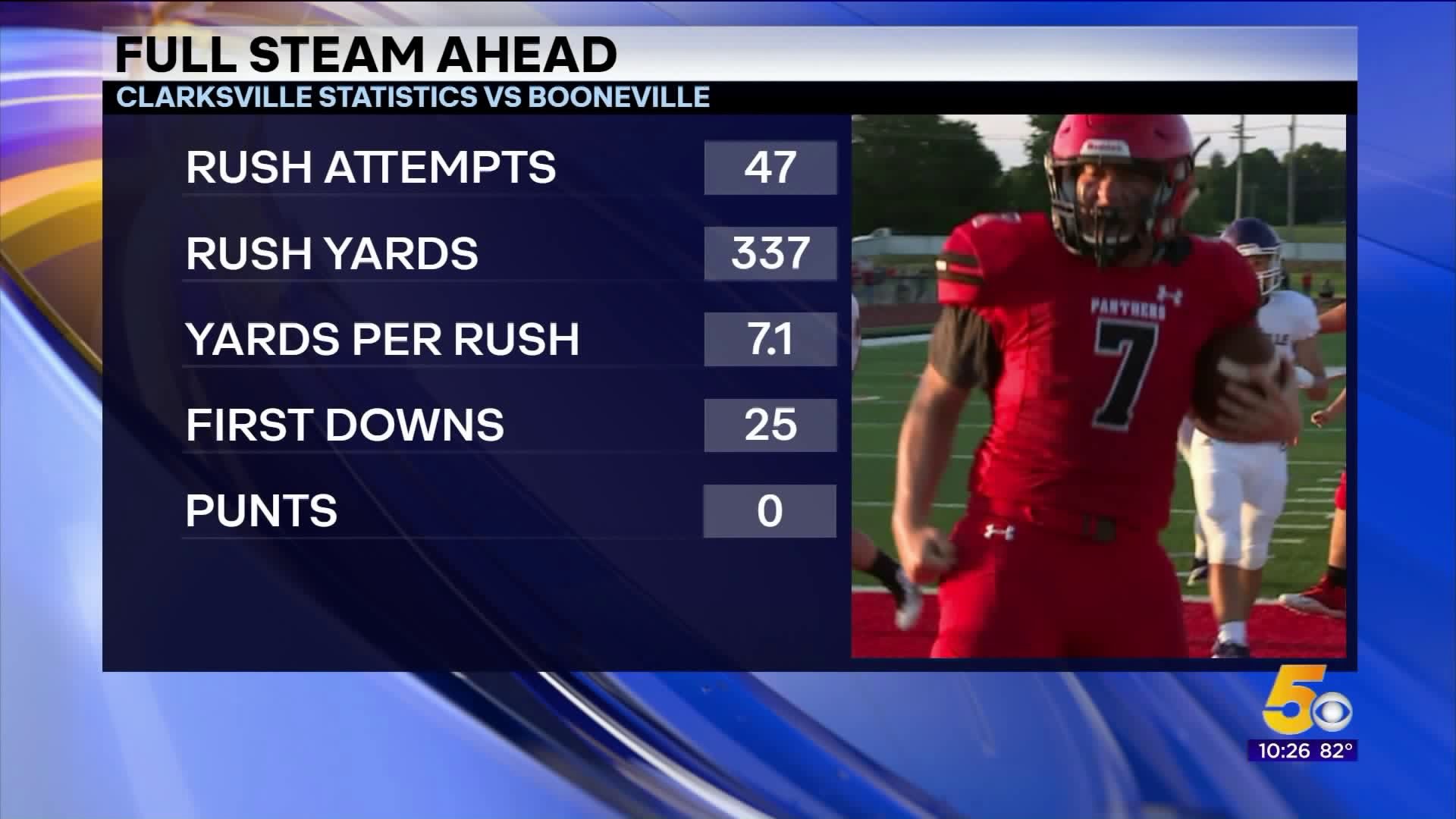 "I had all the guys freakin' screaming, punching me and stuff," laughs senior Colby Burkett. "That's probably the happiest I've been on the football field."

Clarksville’s win over Booneville week zero was the biggest moment in recent Panther history, and it's already changing perceptions around the program.

"We scored every time we touched the ball. I don't feel like even with their six starters they could've stopped us," says Nicholas.

"Before, people talked about us like we were, not even, the underdog, but just terrible," admits sophomore Bryce Buckner. "Now people are coming up to us, saying how proud they are. It's cool."

Now, it’s about turning one win into a trend, says Burkett.

"We gotta act like we're playing Booneville every game. Paris next week, every week after that."

It's a start to a potentially special season for the Panthers, and one that already has special meaning for head coach Khris Buckner, as his son Nicholas is a senior.

"Man, i've wanted this thing to slow down. Ever since we started this summer,  it just seems like it's been in hyper mode."

NIcholas admits that playing for his dad isn't always the easiest.
"My dad's hard on me. He's hard on all of us. But I think it's helped me a lot, just being a leader and being the best man i can be."

Three brothers now play for their dad, and that's the theme across the board, even for the coach.

"It's tough sometimes. He's a little harder on me, personally. A lot harder," laughs Bryce. "But he pushes me to be better than i've ever been before, and I thank him for that."

Whether it’s a program-changing win or time with the family, Buckner knows it’s all about savoring the moment.

"You know, having success with them all right off the bat right there, it's special. I found them and hugged them, told them I loved them. There's a lot more road to plow, but it's special, having your sons play for you."

Next up for the Slim Chickens Team of the Week is Paris, this Friday in Clarksville.