Clarksville goes from shutdown to celebration 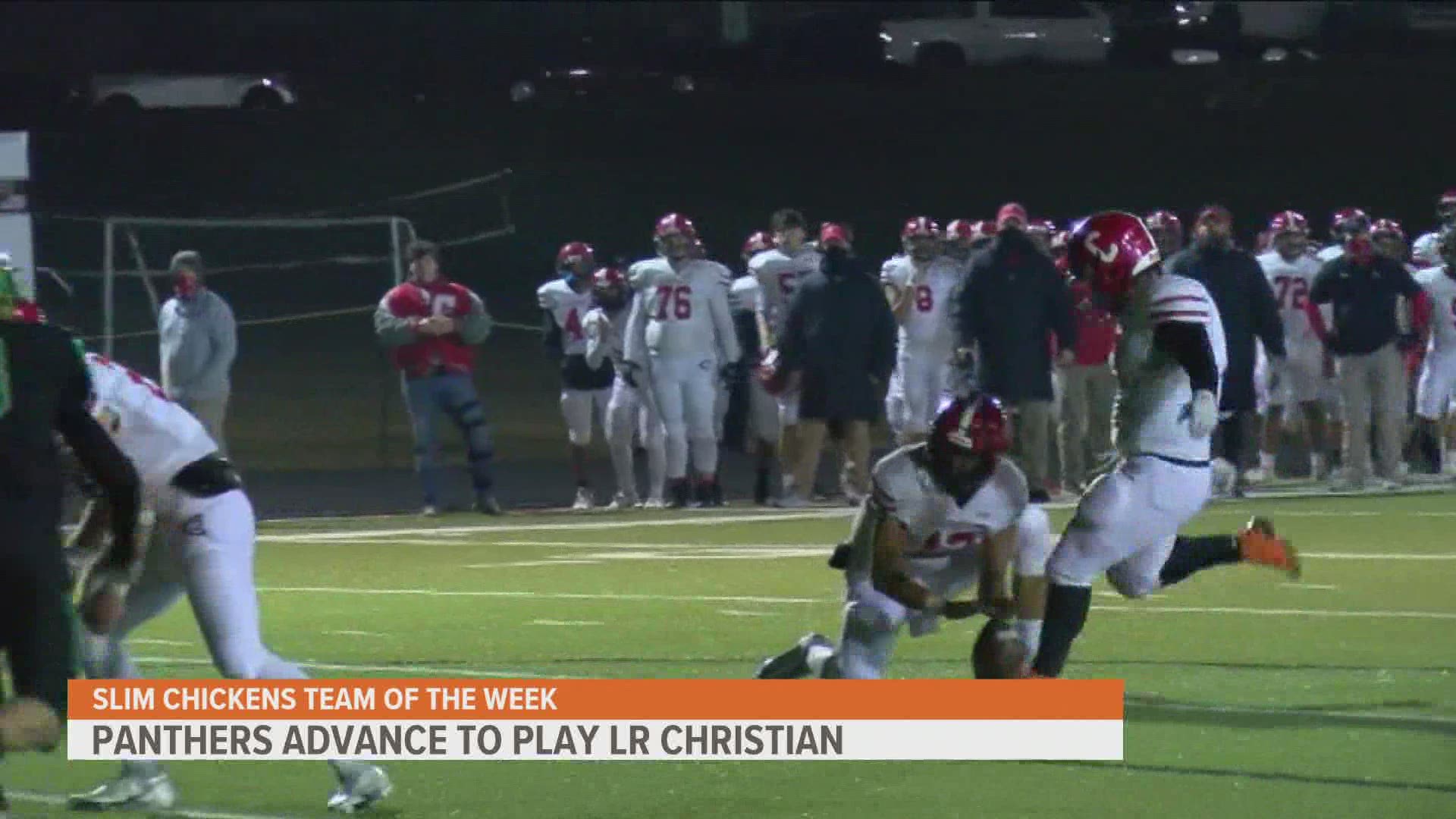 CLARKSVILLE, Ark. — It may be the high school football playoffs, but we’re still giving away free chicken. This week’s Slim Chickens Team of the Week is a squad that made their first trip to the playoffs in almost a decade, in a season that almost didn’t even make it off the ground.

“I could have cried, tears of joy.”

“There was a little bit of tears, but they were tears of joy.”

Friday night brought out all the emotions for Clarksville seniors Miles Castleman and Easton Burkett, as the Panthers won their first playoff game since 2011. But back in August, the season seemed over before it even got started.

“We were nervous, because we weren’t sure we’d get to play,” admits Castleman.

“We didn’t even know if we’d get to have a season,”” adds Burkett.

All Clarksville football was shut down in August due to COVID-19 cases. But the team never stopped grinding, head coach Khris Buckner even spending nights in his office to avoid any close contact with his sons on the team. So when they finally started their season mid-September, overcoming adversity became the theme.

“When I got sick and the others guys got sick and we had to shut down, it definitely put things in perspective for us,” says Buckner. “When we got back we were hungry, and the guys picked up something along the way.”

It all led to this: on the road, down by a score with 30 seconds left in the school’s first playoff game in nine years, Clarksville didn’t flinch.

“We went back to what I think was out best play all night, executed it well, and we scored,” says Buckner. His son Jacob scored the winning touchdown.

“It was amazing, I was jumping up and down with my teammates, my coaches, everyone.

An interception on Greene County Tech’s final hail-mary sealed the deal, and in the season that almost didn’t happen, Clarksville had secured their first playoff win in almost a decade.

FINAL: Clarksville 21- Greene County Tech 20. Panthers move to the 5A 2nd round against Little Rock Christian. Season comes to an end for the Eagles pic.twitter.com/LhsOa6x0GS

“The community’s just proud. I’m proud, I’m from Clarksville, and we’re a proud community. Football’s been down and we’re working to fix that, and we’ve taken the first big step,” says Buckner.

The next step will come on the road against a tough little rock Christian team, but for now, Clarksville is enjoying the moment, as the Slim Chickens Team of the Week.

RELATED: All sports at Clarksville Schools suspended after 2 athletes test positive for COVID-19