Bearcats sit atop the conference for fourth year in a row 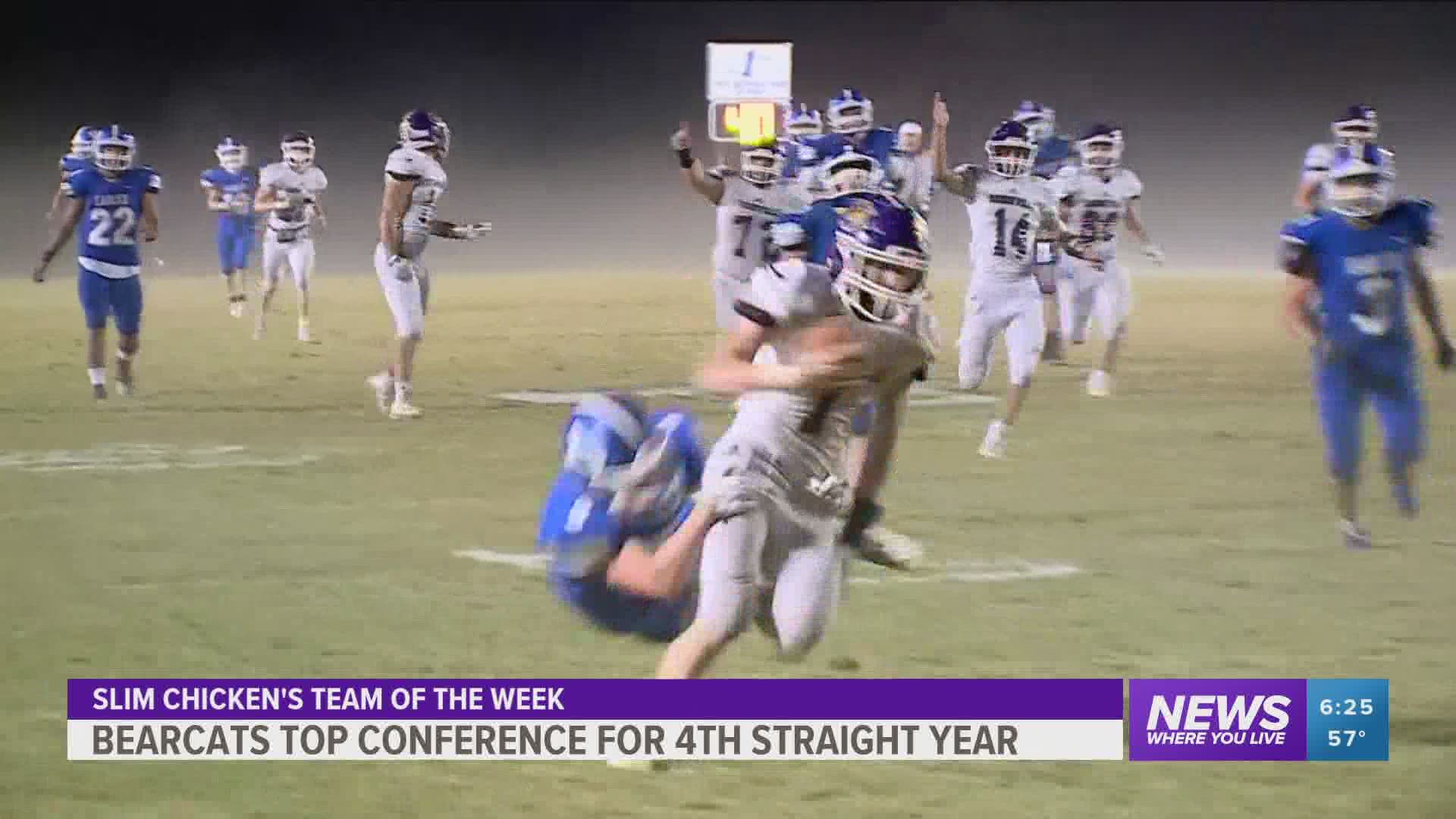 “Just knowing that it was finally going to be over, that we were going to seal it…”

The 3A-4 championship came down to a 4th and short deep in Boonville territory, but the Bearcats got the stop and clinched their fourth straight conference title, with a win over one-time Logan County rival Paris. For coach Doc Crowley, that final whistle brought it all together.

“You can just feel the difference in a conference championship type game, to come out on top despite the obstacles, the scoop and scores, for the defense to pull us through, it was very exciting. And these seniors, they’ve been a part of four conference championships as a row. For them to end after a season where nothing went as it should, it felt good.”

Crowley has been on the staff for plenty of past success, but 2020 is his first go-round as head coach. It was perhaps the least ideal first off season imaginable, but the team still powered through to a conference title.

“Nothing’s been normal, not having spring ball, we put in a lot of stuff offensively. It means the world to me and the coaching staff to come in here year one and continue what has Always been done here, and that’s to be successful. The kids have everything to do with that. This group of kids is really something special.”

For a team like Booneville, a conference title is just step one, but still reason to celebrate.

“You don’t always get a chance to leave your mark on a program like this, and our seniors understand that”

These seniors were also on the team for that magical run in 2018, so they know this isn’t the ultimate goal.

“We want to be in Little Rock.”

“It was a relief for a little bit, but there’s still so much left to play, still work to be done,” adds senior Ethan Woolrdige.

For now though, Booneville is once again conference champs, and the Slim Chickens Team of the Week. Up next is Perryville, then it’s on to the playoffs, when the work can really get started.