Slim Chickens Team of the Week 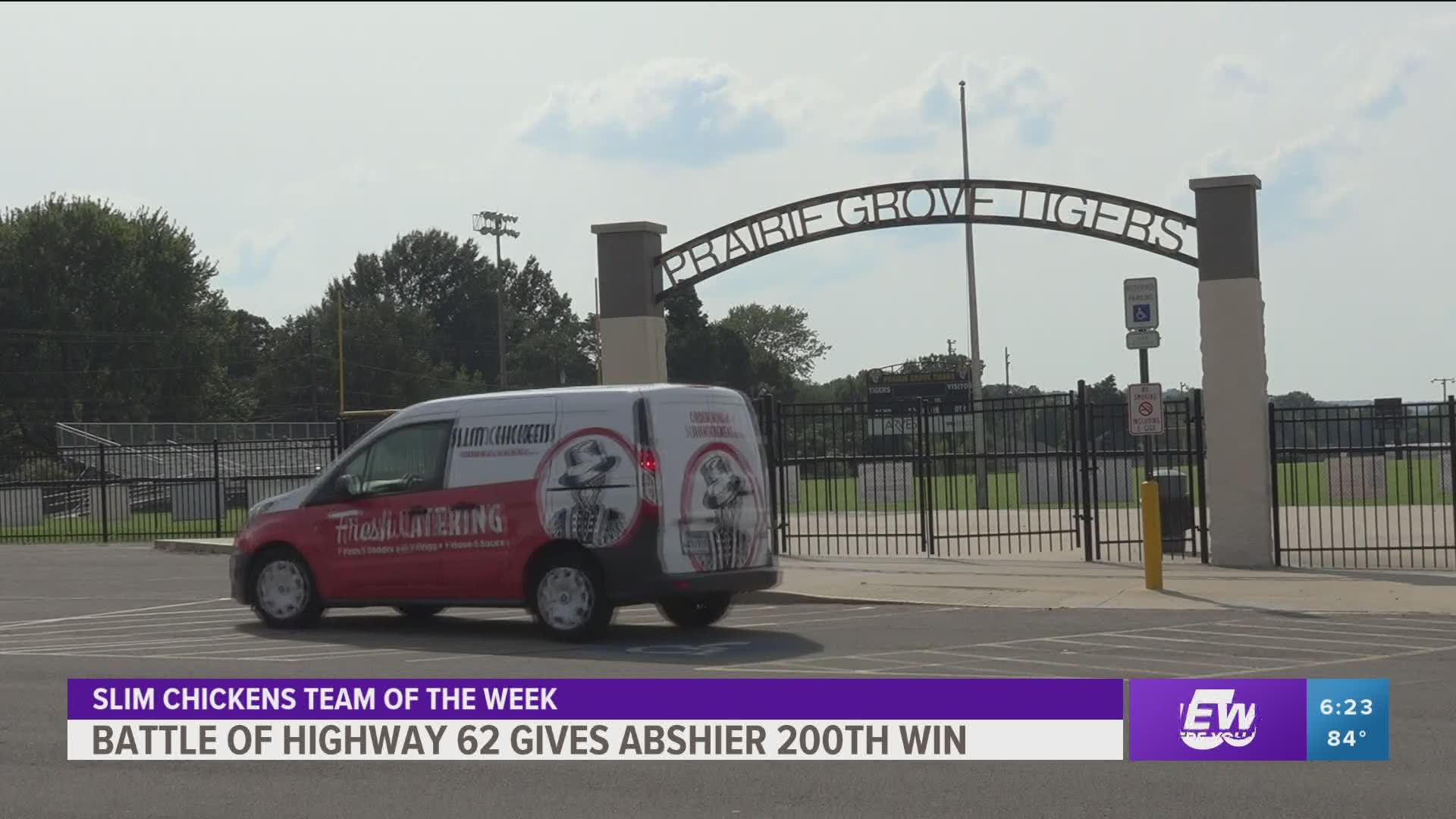 PRAIRIE GROVE, Ark. — Week One marks the return of the Slim Chickens Team of the Week. A lot of teams picked up big wins, exciting wins, rivalry wins, and the like last Friday. But only one can get the Slims, and for Week One, the team of the week is the Prairie Grove Tigers.

No matter what, the Battle of Highway 62 is a big deal.

“From when you’re a little kid, everyone always says it’s the most important game of the year, so it’s what we think about all offseason,” admits Farmington senior Caleb Matthews.

But Prairie Grove had a bit more riding on this year's battle.

“We just want to start the season off right, hit some guys, and get coach his 200th win,” says Tiger senior Gunnar Caudle”

The 19-7 victory gave the Tigers a 1-0 start to the season, and marked career victory number 200 for long time head coach Danny Abshier. It's something coach tried to downplay so much, his first thought was actually of his rival.

Adams respects what his long-time adversary has been able to accomplish up highway 62.

“They’ve just been so consistent winners, year in and year out. Coach Abshier, like anybody else, gonna have some down years, but they’re well-schooled in what they do and they make you beat ‘em”

Abshier, actually a Farmington grad himself, was typically self-effacing when it came to the milestone.

“The 200, I never even think about it. If anyone hadn’t mentioned it, I never would have thought about it. 200 is a nice mark, sure. Didn’t the ol’ boy at Barton win 300, in less years? It’s just playing games and having fun.”

it took two fourth quarter touchdowns and over an hour in weather delays but Prairie Grove starts their season with a win, Highway 62 bragging rights, and win number 200 for their head coach. And that's how you earn yourselves Team of the Week, and all the Slim Chickens that goes a long with it.