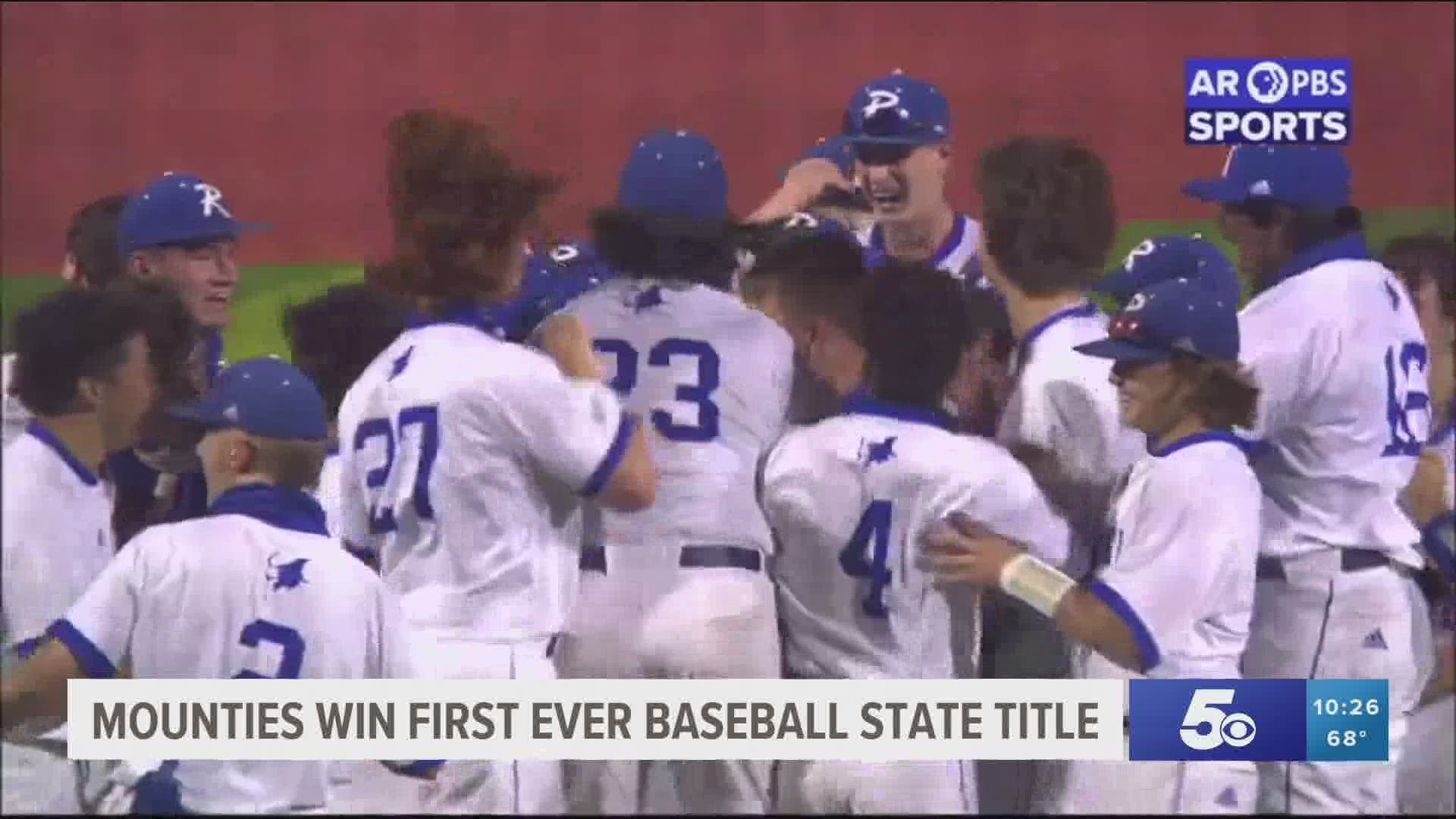 BENTON, Ark. — On Thursday night the Rogers baseball team knocked off Har-Ber in the 6A State Title game, 3-2. It's the first baseball state title in school history.

The two teams split the regular season series, and this was a tight one throughout. No one scored until the bottom of the third, when JT Melson and Christian Francisco came home on a a pair wild pitches.

From heir, all about the pitchers. Har-Ber loaded the bases in the fifth, but Jackson Wells, working around trouble all night, got the strikeout to end the threat.

The Mounties added another run in the fifth, and Wells tried to do the rest. Playing with fire throughout, Wells walked the leadoff batter in the 7th, then gave up an infield single. He walked the next batter on four pitches, and that was it for Wells, who left with the bases loaded. Madden Dillard took over, and Ethan Fender promptly singled to left to cut the lead to 3-1. Another infield single, and the lead was cut to one with the bases still loaded.

With one out, a soft fly ball into left field was out number two, then the runner at third tried to tag, but Melson threw him out at home to win the state title.