Reeves back on the bench, Greenwood back in the finals 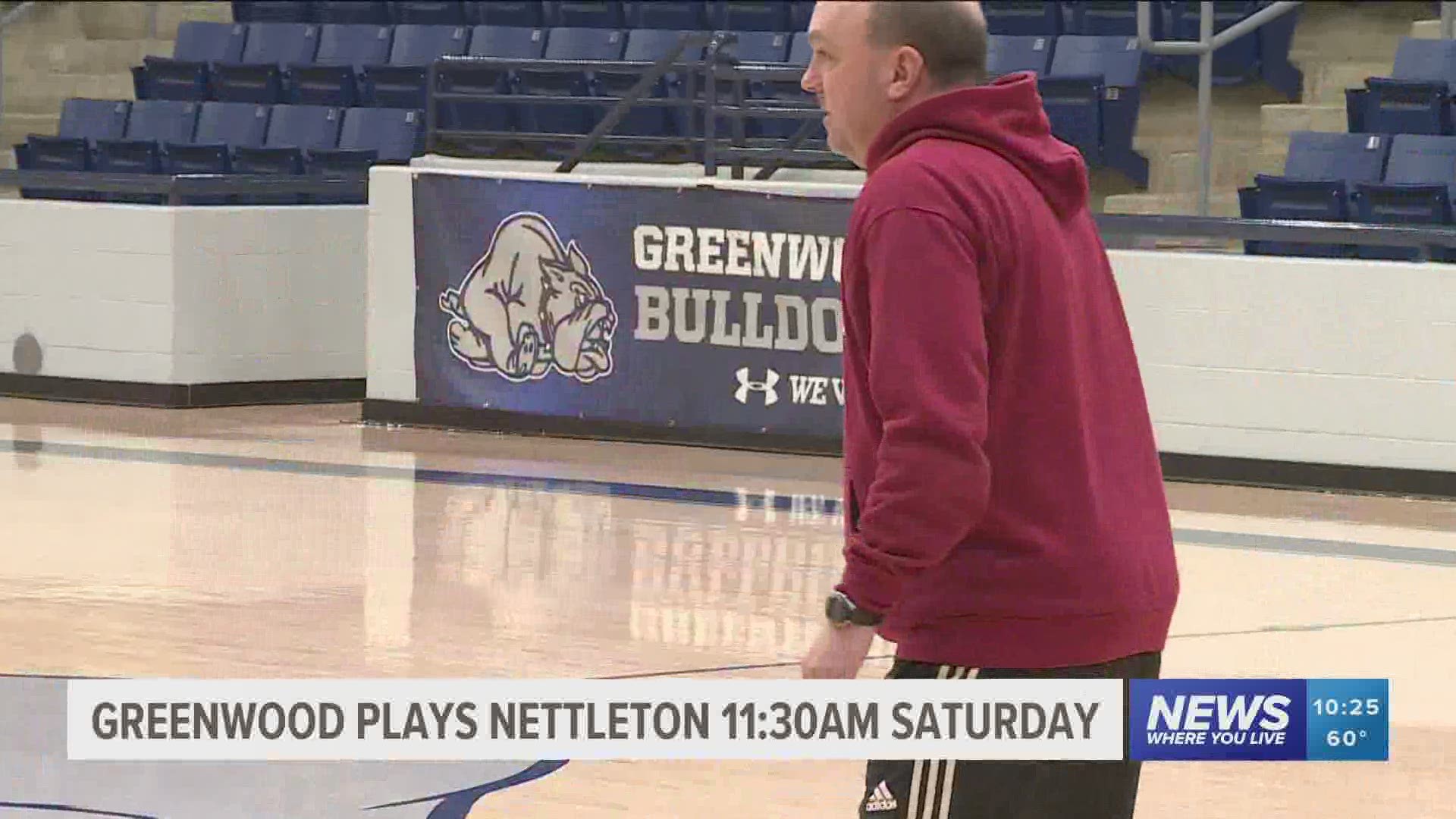 Ever since losing in the 2018 state finals, the Greenwood girls have been on a mission.

“It's time to make a move here, we deserve this, it's a real big motivator,” senior Harley Terry says of the 2018 loss.

“You don't just lose that feeling over two years, so I can still feel that” admits junior Kinley Fischer,  “so it's more determination for all of us to win.”

Head coach Clay Reeves has seven state titles, so he knows that “just getting there, it is happy, but not satisfied at all.”

“Startling, I mean we weren’t ready for it, he just told us before a game started.”

Coach Reeves had to miss much of the year with health issues. It’s not his fondest memory.

“Coaching a game in person is stressful but listening on the radio is a lot more stressful. Especially when you know all the players and what they're going through.”

“the absence of coach Reeves really got to us, but we still made it to the semifinals last year,” Terry reminds us.

And now, in 2020, Reeves is back on the bench, and Greenwood is back in Hot Springs.

“He's so excited, his energy is just so amazing, it makes us more excited to be there,” says Fischer, “and his want to win matches ours exactly. It helps all of us as a team coming together in this time.”

“Him being here motivates us to play our hardest and to do everything we can for him we know what he's been through,” adds Terry.

“He deserves this. Knowing he was gone last year, but him being back gives us another chance to give this to him,” says Glass.

And Terry says Reeves has a constant message to the team.

“Play as hard as you can each game, you never know what can happen. Every play matters, that's the big part for us that he stresses all the time.”

Greenwood takes on Nettleton in the 5A title game Saturday morning at 11:30am.