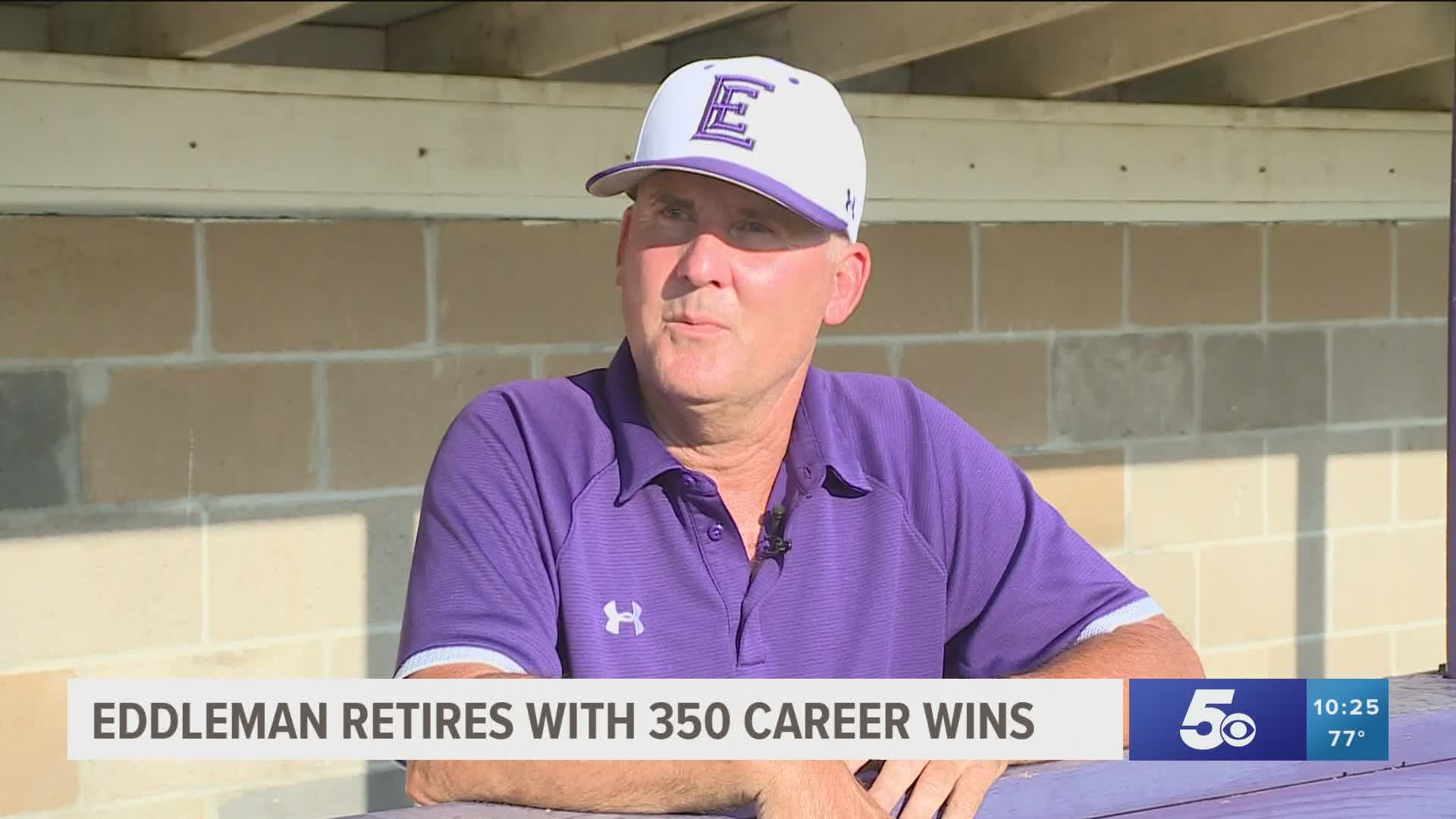 ELKINS, Ark. —
“I came here in 1988, I’ll never forget, the cafeteria was a wood building with a screen door on it.”
For 32 years, Jeff Eddleman has been an Elkins institution. 2020 would have been his 26th year leading the Elks baseball team, and his last
“I told the team a couple weeks before the season. I just got to that point where people say you know when it’s time to finish, and I was at that point. Not coaching, I could keep coaching another 10 years. Just everything else.”
Even before the season started, Eddleman was imagining every possible end to his career. Well, all, of course, except what actually happened.
“I didn’t know if I’d walk off the field having lost our last game, or if we’d be in the state championship game, and I’ll always think that too, because as good as this team was, I’ll never know”
And this team was good, roaring to a 3-0 start.
“We were actually ranked number one in the state in 3A, so I would have loved to see what this team would have done.”
Instead, COVID-19 robbed the Elks of a potential run to Baum-Walker, and for Eddleman, something maybe even greater.
“The most frustrating part about it, is when I was walking off the field for the last time, I didn’t know it was for the last time. And it’s frustrating to not have closure with that, but life goes on, and you just live with what you’re dealt with.”
Even in retirement, Eddleman's stamp will remain on the program, from the logo on the hats, which he designed, to the plaques in the trophy case
“The first one, in 2006, wasn’t just a baseball state championship, but the school’s first state title for any sport. And the in 2009 we won our second state championship, but really, it’s the players and everyone, they’ll stick with me, and always have a special part of me.”
You can drive yourself crazy thinking about what could have been, so Eddleman instead focuses on what was: 33 years spent helping shape a community, and giving them plenty to celebrate along the way
“People always ask me well why haven’t you left, there’s bigger and brighter places, but I guess Elkins just always felt like home to me. I’ve been in Elkins 32 years, and honestly never felt like going anywhere else”
And besides…
“We go out undefeated and ranked number one in the state, what other coach can say that?”

Eddleman was a fixture beyond the dugout, serving as the voice of the elks for many years. Now that he's on to some hard-earned relaxation, have no fear elk fans: he said that this year’s freshmen class might just be the best he's seen yet, and maybe take him at his word; he's seen a few.