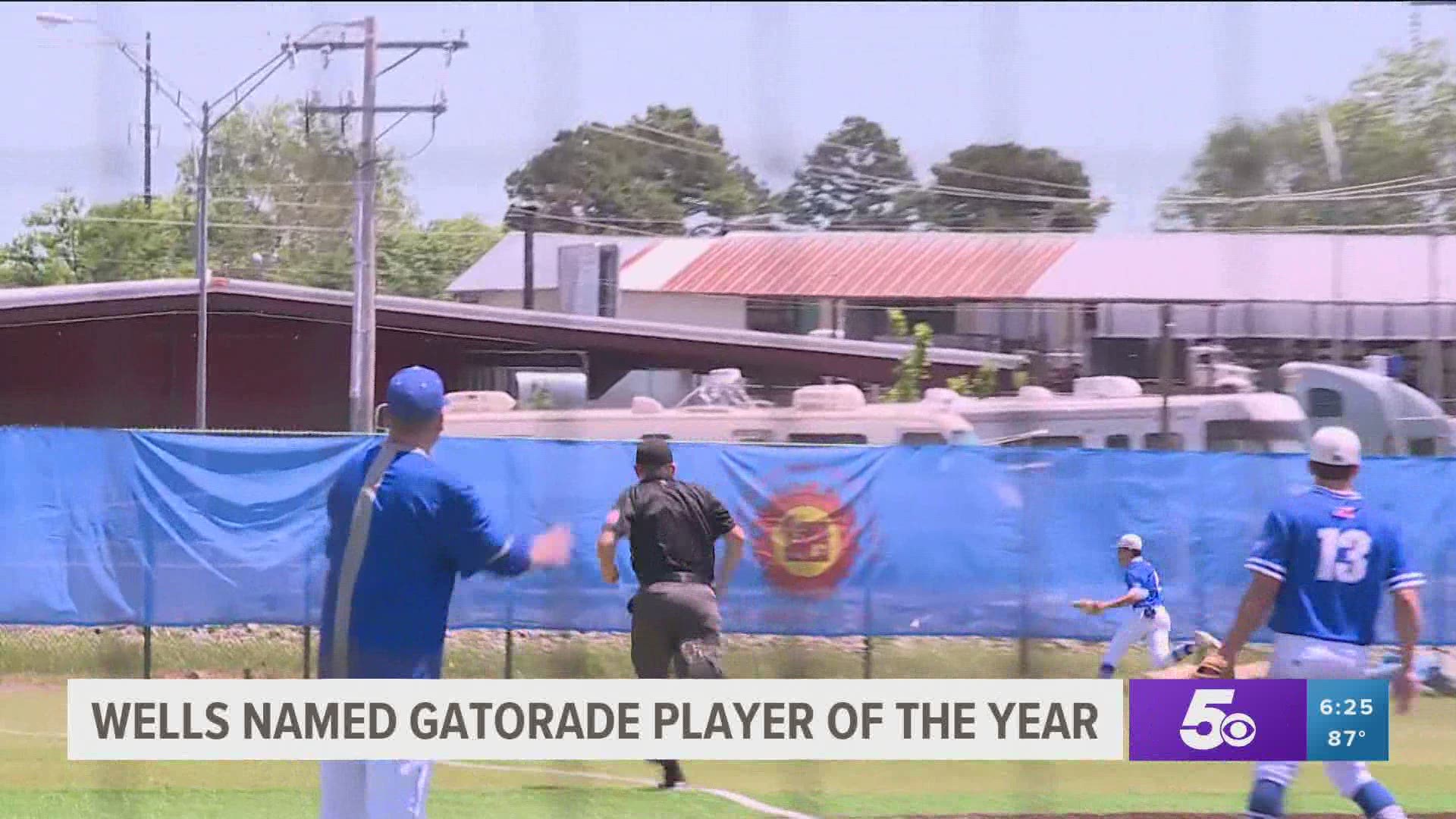 ROGERS, Ark. — On Tuesday Rogers senior Jackson Well was named the Arkansas Gatorade National Player of the Year. Wells is the first Rogers baseball players to win the award.

Wells led the Mounties to a Class 6A state championship this past season. The senior had an 8-1 record with a 1.28 ERA and 109 strikeouts in 71 innings pitched.

Wells joins Cayden Wallace and Blake Adams who were the previous two winners. He will continue his baseball career in the fall at the University of Arkansas Rich Mountain.

RELATED: Van Buren's Wilkerson finds his way to the Hogs