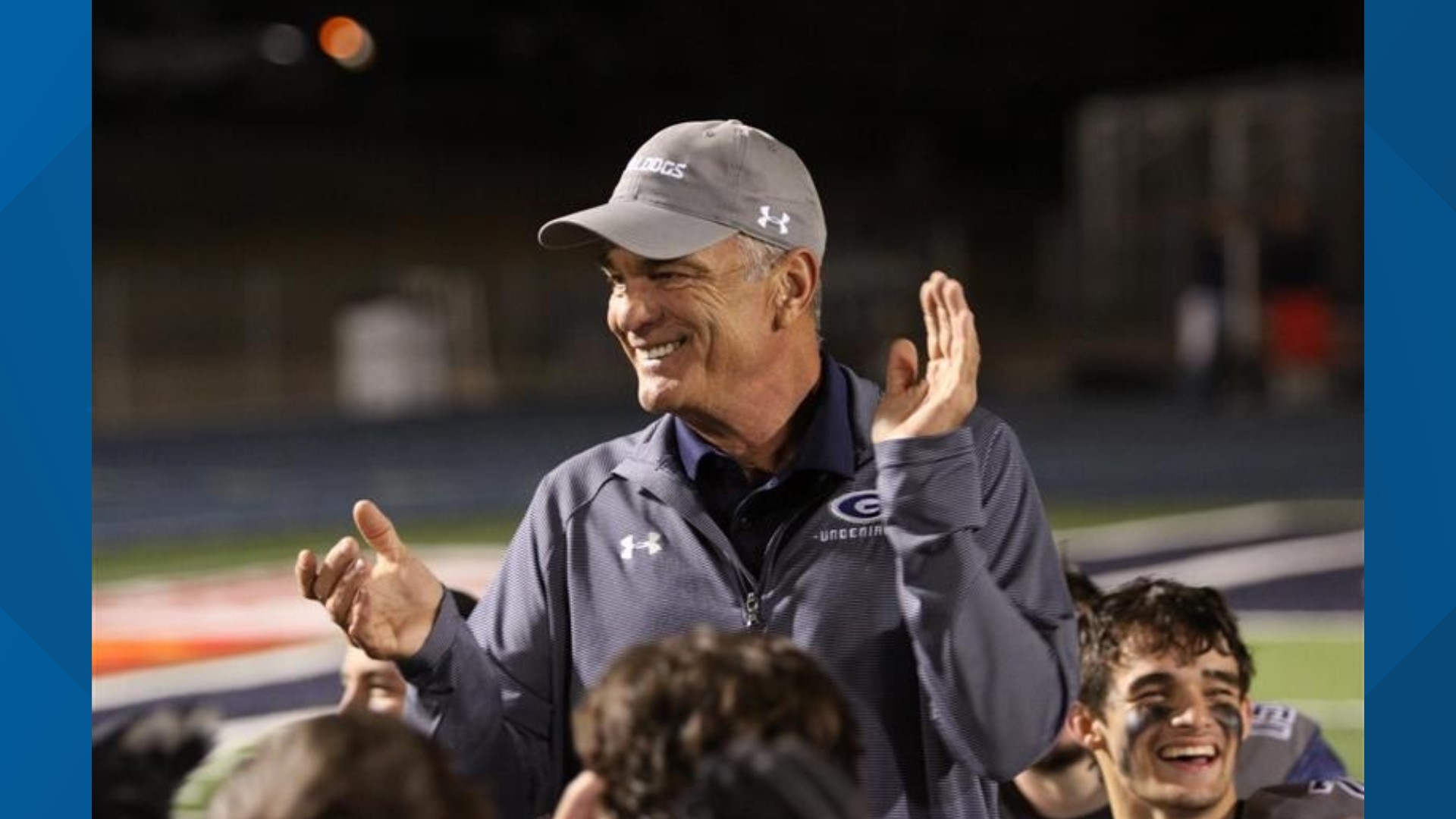 GREENWOOD, Ark. — Saying goodbye is always one of the hardest things to do in life, especially after a 16-year run that could be considered the most impressive in recent history in Arkansas high school football.

On Friday, Greenwood coach Rick Jones told his team he was leaving to take a role on the coaching staff at the University of Missouri. Jones and new Tigers' coach Eli Drinkwitz's relationship goes back years as the new leader of Missouri is a Gus Malzahn protege. Drinkwitz graduated high school from Alma and Malzahn is a Fort Smith native.

When it comes to looking back at what he was able to accomplish at Greenwood, Jones immediately pointed to his players. His staff. The community. The last thing he would do is take credit for any of their accomplishments. That's just who Rick Jones is.

"I will remember just the relationships with the kids and the parents and the staff and the administration and the community of Greenwood," Jones said.

Winning eight state titles, reaching 11 championship games and winning 87 percent of his games with the Bulldogs is something anyone could brag about. But the words of an athletics director to current Greenwood athletics director Dr. Dustin Smith sums it up pretty well.

"He told me 'I know I'm playing Greenwood in the playoffs, I know my program has arrived'. And that became the standard," Smith said. "Coach Jones will never brag about himself. He will never try to have the spotlight but what he's done is absolutely phenomenal and people across this state know that."

Jones went 185-26 in his 16 seasons as the Greenwood head coach. He admitted that he'd never leave the Bulldogs to take another high school job after flirting with the idea last offseason.

Even with moving boxes piled on his office desk, Rick Jones could have taken a bow for all that he accomplished at Greenwood but instead, he passed the credit to the town. To the team and his coaching staff. None of it to himself.

"The word I is never going to be in this equation because I haven't built anything," Jones said. "I mean we have done a ton of really great stuff and it's not me. I'm just a guy. I'm just part of it and that's it. I'm not too big a part and I'm not too small a part. I'm just a part of it. It's the Greenwood Bulldogs that are special. It's not me."